Octopus is the star fish 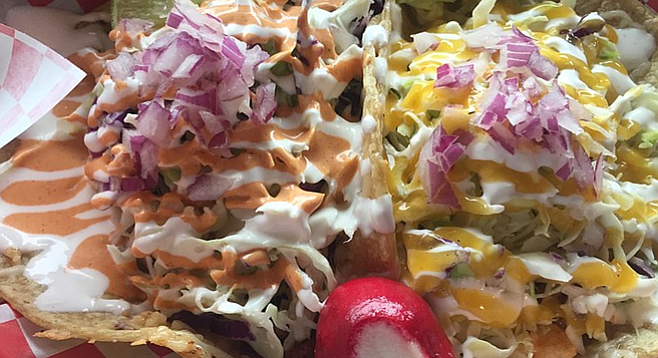 I try to differentiate between places that are worth driving to and places that are good if I’m in the neighborhood. Taco shops are part of what makes San Diego great, but most of them are simply “location good.” Eat there if it’s convenient, but don’t waste gas. 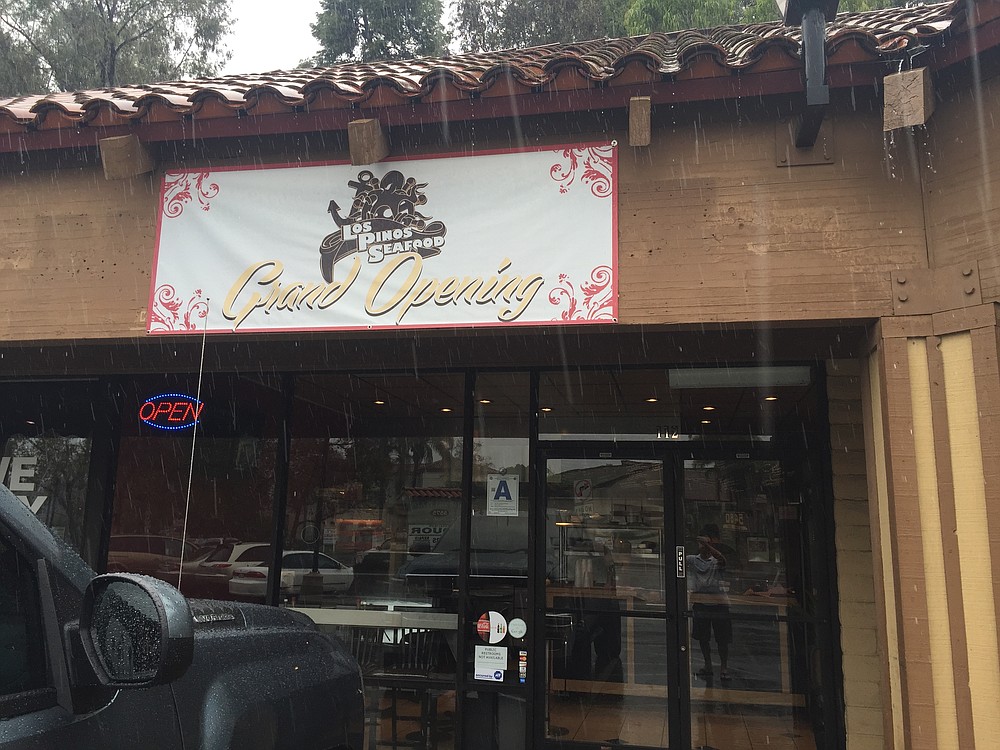 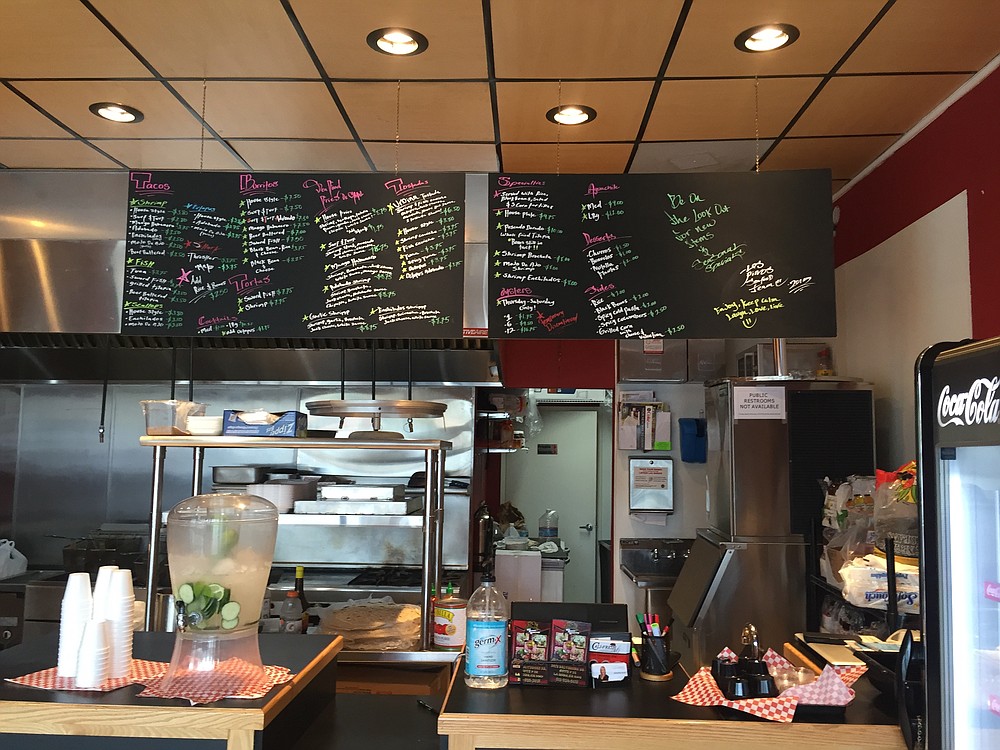 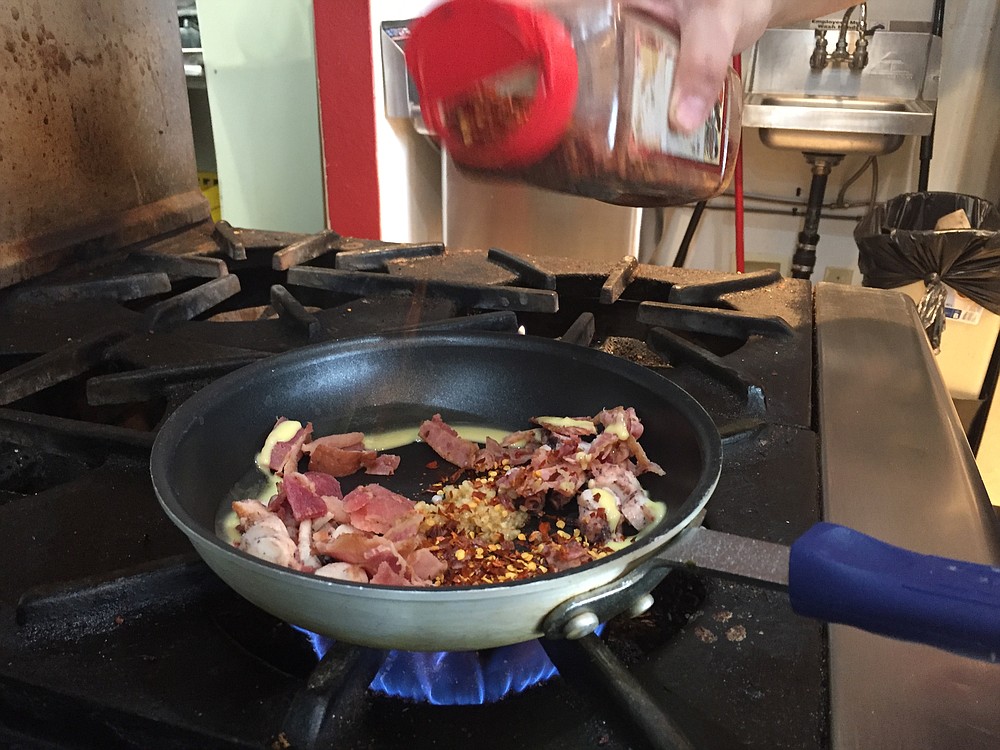 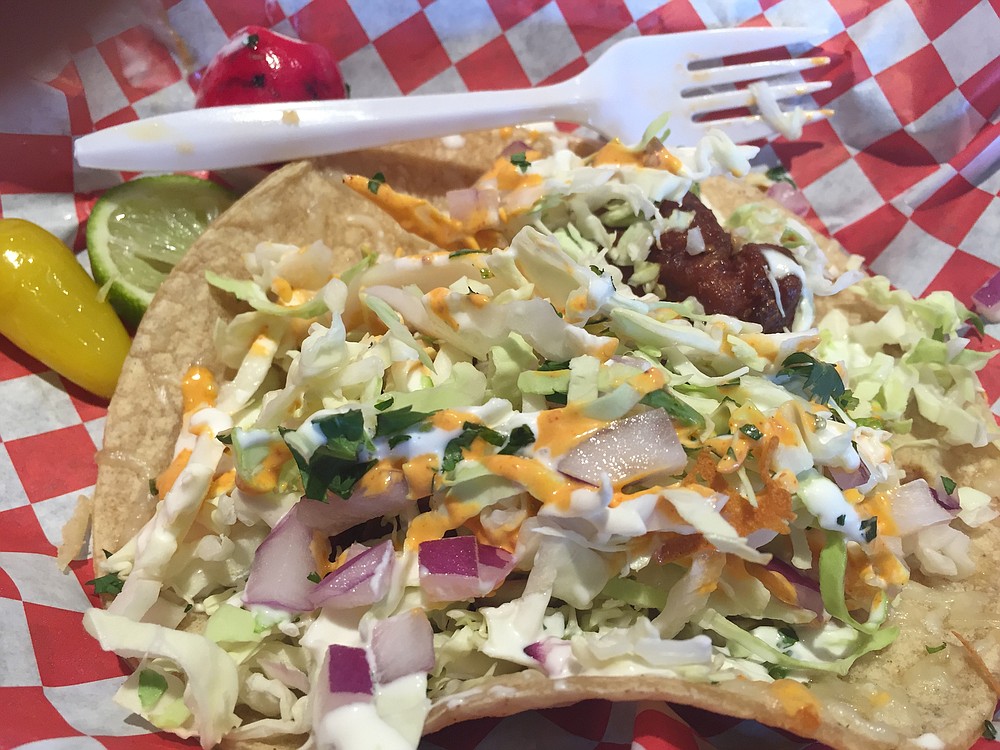 That is why Los Pinos Seafood in La Mesa has blown me away. They serve up great seafood tacos, and it’s less than ten minutes away from my house. I can’t believe my luck.

Los Pinos Seafood is small, stuck inside a crowded strip mall on Baltimore Drive next to Arigato, a Japanese restaurant that is only good if you’re already in the neighborhood.

Los Pinos Seafood should not be confused with Los Pinos, a good-when-in-the-neighborhood traditional taco shop around the corner on Lake Murray Boulevard. Apparently the owner of Los Pinos the taco shop sold that business to one son, leaving the other son to fend for himself. The second guy started a Mexican seafood taco shop that is worth the drive to La Mesa, despite having barely enough space to hold 12 people at a time.

Los Pinos Seafood serves up big flavor, especially their House-Style Octopus Taco, which is served with bacon. It’s tender, not chewy, and the brininess of the octopus blends with the saltiness of the bacon and the peppery hot sauce. For $3.75, it’s a good size of meat under a whole bunch of cabbage. (All the tacos are $3.50 to $3.75.)

I did venture into other menu items. The beer-battered shrimp taco has decent-sized shrimp with a crispy brown coating, plus the standard cabbage. It goes well with the homemade roasted pepper salsa and pickled onions. It was good, but it didn’t stick in my memory like you-know-what. Same with the grilled-shrimp mango habanero taco. It has a pleasant fruity quality but isn’t as spicy as advertised. The white sauce has a cooling touch, plus the hot sauce is used sparingly.

My friend also tried the octopus taco. It was his first time eating octopus, and he too was knocked out. He also enjoyed the Grilled Tilapia taco and recommended that I try the Surf and Turf taco with beef and shrimp next time.

“Was it the best taco you had?” I asked.

“I liked the octopus the best. I’ve had things like the Surf and Turf before, but the octopus one is not something you can find everywhere.”

Los Pinos Seafood also has burritos. I haven’t tried them. I’m stuck on the octopus.