Speaker and spouse hit the road for lobbyist-organized tour 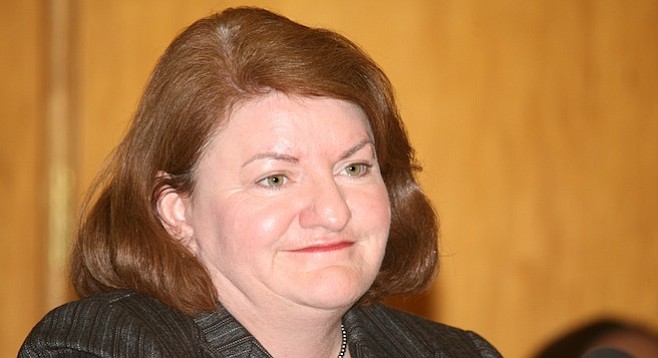 The Democrat-on-Democrat clash of departing Assembly speaker Toni Atkins versus state senator Marty Block for Block's 39th District seat is shaping up as one of the costliest special-interest-funded races in San Diego County history, with big money pouring into the contest through a growing variety of political channels. 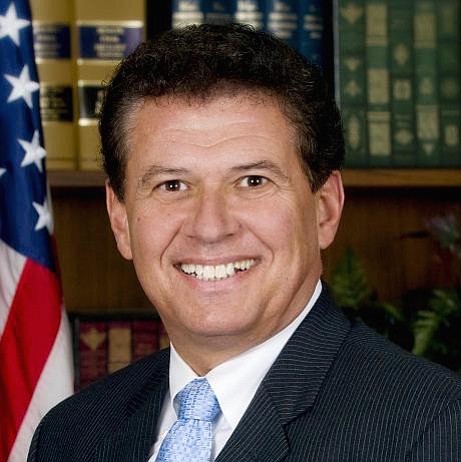 So far, based on campaign finance disclosures for the first half of 2015 filed with the California secretary of state, Atkins has a formidable lead, stashing money into three political funds — to Block's mere one, though the contest is still young. 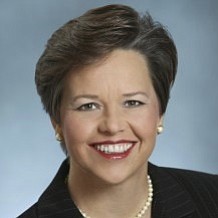 In addition, Atkins dipped into the fund to the tune of $11,892 to pay for a five-day trip to Cuba in March with spouse Jennifer LeSar, the filing reveals.

The Cuban journey was arranged by a group called Californians Building Bridges that has come under fire for its ties to Sacramento lobbying outfit Platinum Advisors, whose president Darius Anderson is on the nonprofit's board.

"The other four members of the Californians Building Bridges board include another Platinum lobbyist Holly Fraumeni, lobbyist, Jim Bruner of Orrick Herrington & Sutcliffe, consultant and former state Sen. Kevin Murray, who is a principal at the Murray Group, and the organization's president Jennifer Davis," according to an account in the Los Angeles Times.

By chance, Anderson’s firm peddles its influence for the Republican-led City of San Diego.

“The Assembly wants to do everything we can to create more jobs and business in California, and this trade delegation is one way to help California companies gain a competitive edge,” the Times quoted Atkins as saying.

Other social expenditures for the Atkins 2014 fund included $5007 for the "Masterpiece Gala" thrown this summer by the Patrons of the Prado in Balboa Park, backed by Republican kingpin and ex–U-T San Diego owner Douglas Manchester.

Meanwhile, another Atkins-controlled fund, called “California Works: Speaker Toni Atkins Ballot Measure Committee,” raised $241,300 during the first half of this year and spent $30,233, leaving it with a cash balance of $287,465 at the end of June, according to its disclosure.

Contributions included $5000 from Sempra Energy, $10,000 from Anheuser Busch, and $75,000 from the American Federation of State, County & Municipal Employees of Washington DC.

The fund, which currently lists no ballot measures pending, paid for a February 9, 2015, balance due of $3770 for Atkins, her spouse, and friends at Selland Family Restaurants in Sacramento, according to the filing.

Like Atkins, Block was backed by Anheuser Busch, but got only $2000 from the brewing giant. The state teachers’ union kicked in $2500. Expenses included $205 for a May 16 stay at the Anaheim Hilton for the state Democratic convention, and $310 for a March 9 legislative staff meeting at the Grange Restaurant in Sacramento.

It's good to be the Queen: in a period in which she really was not campaigning for anything she spent over $380,000 on wining, dining and a family trip to Cuba, all of it tax-free money.

Even after this latest spending binge, she still has over $1.8 million more of tax free money floating around in three accounts.

Ever wonder why politicians work so hard to get reelected: this is it. That money buys comfort AND influence and you can just as easy use it to crush opponents as you can to pay $3,700 restaurant bills and $5,000 galas.

It's bad enough and then to try to justify, say, the trip to Cuba with "The Assembly wants to do everything we can to create more jobs and business in California."

Yep Toni, the Cubans needed to hear you tell them that they should create some new jobs and businesses in California. Maybe some Florida-style Cuban cafeterias in former Roberto's sites might work.

I don't care who wins the Marty-Toni faceoff but when we see this kind of influence-peddling for and by an elected official it's clear the public loses. Toni is an alleged progressive, but her special interests donor lists looks a lot like what a top state Republican politician would have too (if we actually had such a thing as a "top" Republican)

SEMPRA, the beer companies, insurance companies and big unions: those are the constituents of the Toni Atkins and the state legislature, but no wonder - they treat her better than you or I do. When was the last time you bought her lunch or dinner?

Speaker Atkins is accusing Sen. Marty Block of dishonesty regarding the upcoming Senate race, saying that he changed his mind about running for re-election in 2016 and had promised to free up the seat for her. (The way Atkins describes it, it sounds like a deal was negotiated secretly in a smoke-filled room.) Apparently she has not been so honest herself, and/or has also changed her mind, since her Committee that was raising money was named Atkins for Senate 2020. Not too kosher.

I don't need Atkins help blowing my tax dollars away. We have enough clowns doing that already. To bad she didn't stay in Cuba. Her and the rest of the Democrats are running this state in to the ground. She is the problem, not the solution.

Is anyone surprised by such a self-serving politician?

And nobody on the Democratic side is in the wind to challenge the mayor next year?

With Gloria heading for the Assembly, who else could win? Ron Burkle (of La Jolla)?

Reader, can you get rid of that ridiculous "glam" photo of Toni, and replace it with a shot of her everyday appearance? Gee whiz, we might think the Reader favors her (or something.)