Traveling all the way to PB for sushi

Mister Sushi has been serving up rolls for 40 years 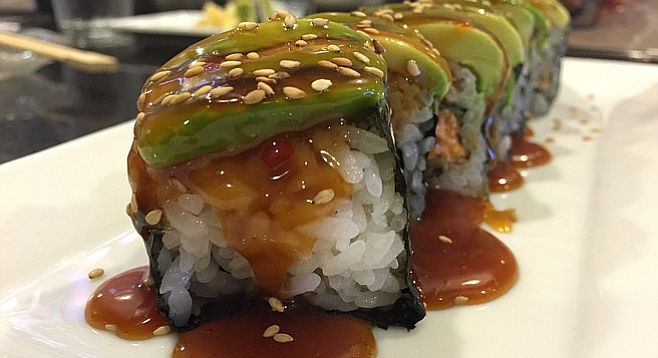 My friend Leslee knows that David and I love Japanese food, so she was shocked to learn that we hadn’t heard of Mister Sushi in Pacific Beach.

I explained to her that I just never go to Pacific Beach. It’s out of the way, it’s “over there,” it’s barely in my periphery. 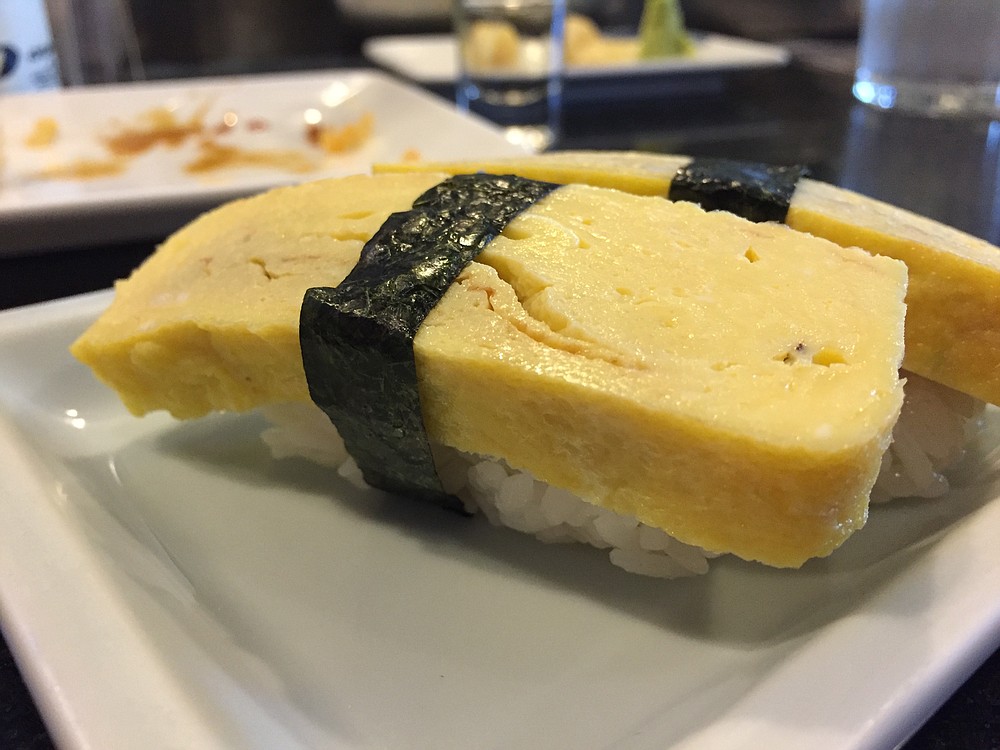 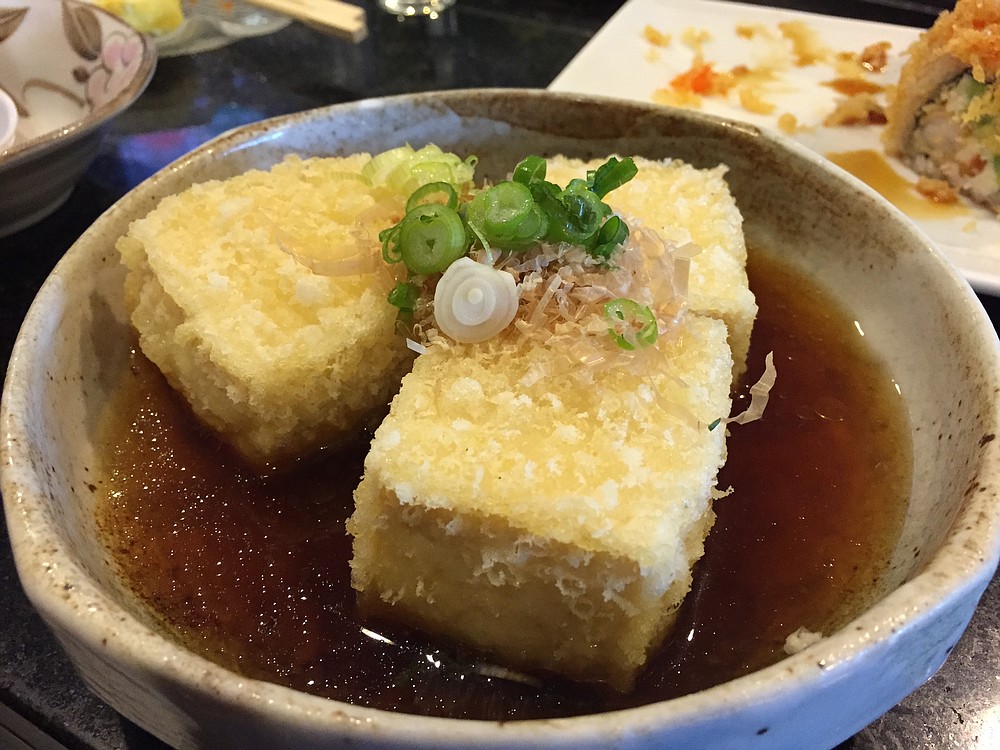 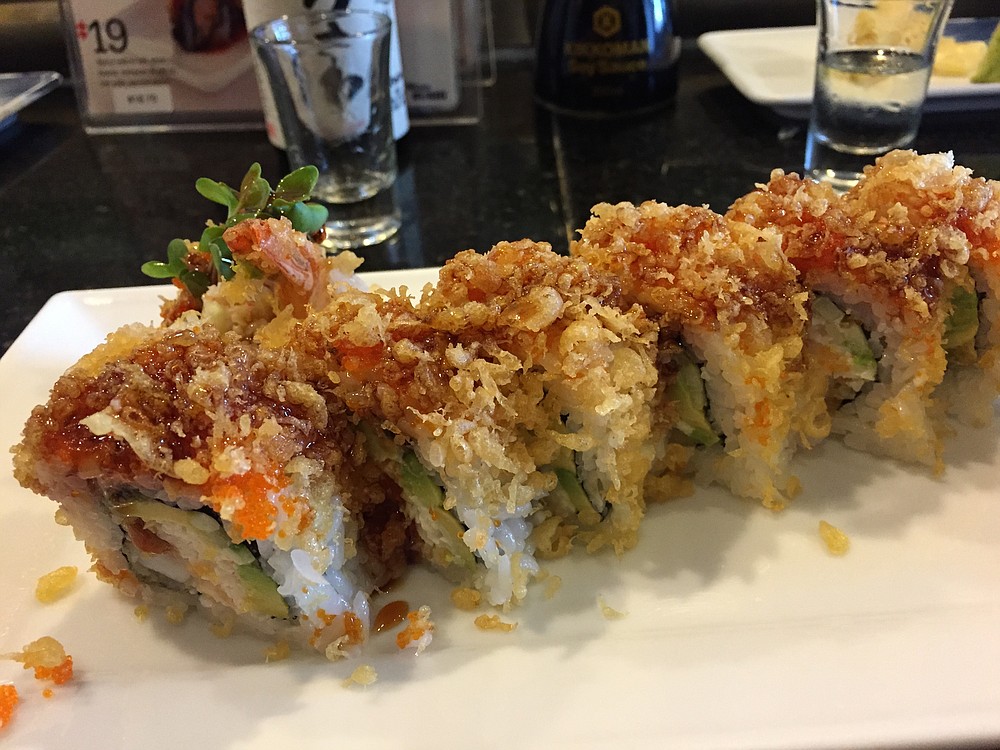 She says I need to fix this perception and begin discovering the area again. When she mentioned the place is right on Garnet, I felt especially remiss. I hadn’t been to the area since Great News! closed, and even then, if we were going to eat, David and I always and happily ended up sipping Spanish wine and sharing tapas at Costa Brava.

“Well, you’ve just got to meet Tony. He is Mister Sushi, and he’s been the chef there since, like, the ’80s,” Leslee said. She obviously didn’t realize that she already had me at “sushi.”

Leslee told me not to judge the place by its looks, so of course I didn’t. (I rarely do, as I’ve had my share of awesome food at many a proverbial hole in the wall.)

As we often do when trying out a new sushi spot, David and I were quick to order tamago nigiri (sweet egg) and agedashi tofu. Both were up to snuff, tasty and pleasantly textured.

When it came to the rolls, we first ordered another staple, the crunchy roll. They were a mouthful, with larger-than-I’m-used-to pieces. The crunchy bits were fresh and crispy, and the bright orange, fun-to-pop-in-your-mouth texture of the tobiko was a nice addition.

Baselines established, we next ventured into house specialty territory, ordering two specialty rolls. First, there was the Spicy Yellowtail, topped with avocado, sesame seeds, and a little too much of the special sauce. Still, it was a toothsome sweet-savory complement. 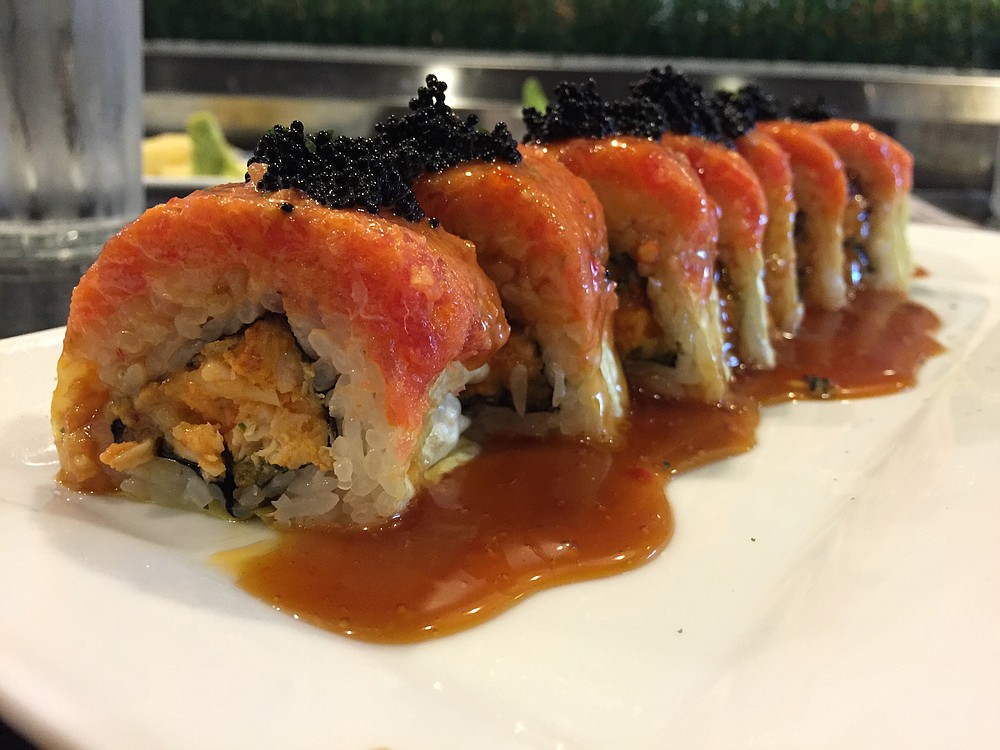 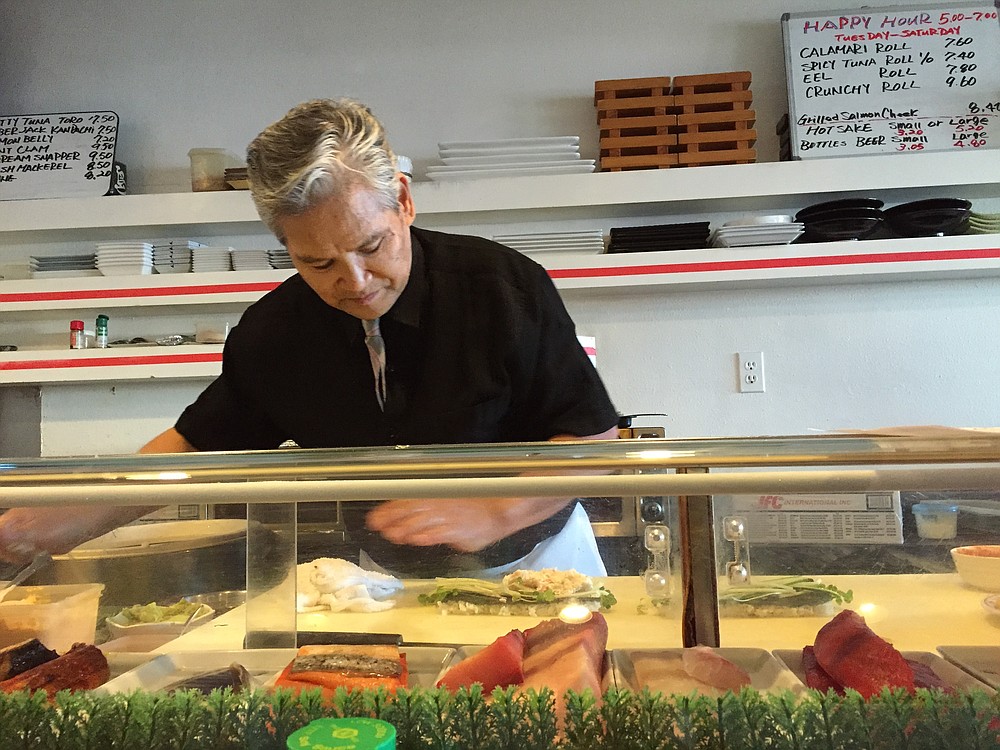 Then we shared the famed #18 (the specials have numbers instead of names), which was also Spicy Yellowtail topped with spicy tuna, the same special sauce (though a more moderate amount of it), and squid-ink-dyed tobiko. The “spicy” fish had a nice kick, but I’d still put it in the mild category, closer to a three on a one-out-of-ten scale.

I sometimes worry with spicy rolls that the spice is being used to mask the taste of day-old fish, but I detected the pleasant, clean flavor of tuna beneath the added flavors. As someone who lives for the salt/sugar combo, I enjoyed what the sweet sauce brought to the otherwise savory, salty, and spicy roll.

Mister Sushi himself was friendly and helpful but mostly quiet, focusing on the task at hand, preparing the next roll to go out. He seemed to know everyone. I could see why Leslee liked it so much, and I vowed to trek over to PB again soon.

My favorite little sushi spot! You definitely capture its charm in this review. I'll have to try the tamago nigiri next time.