Down deep in a La Jolla underwater canyon 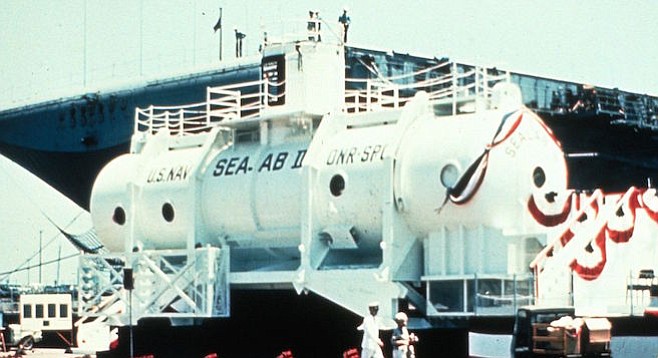 Fifty years ago off the coast of La Jolla, the U.S. Navy performed experiments to find out how long humans could live underwater. 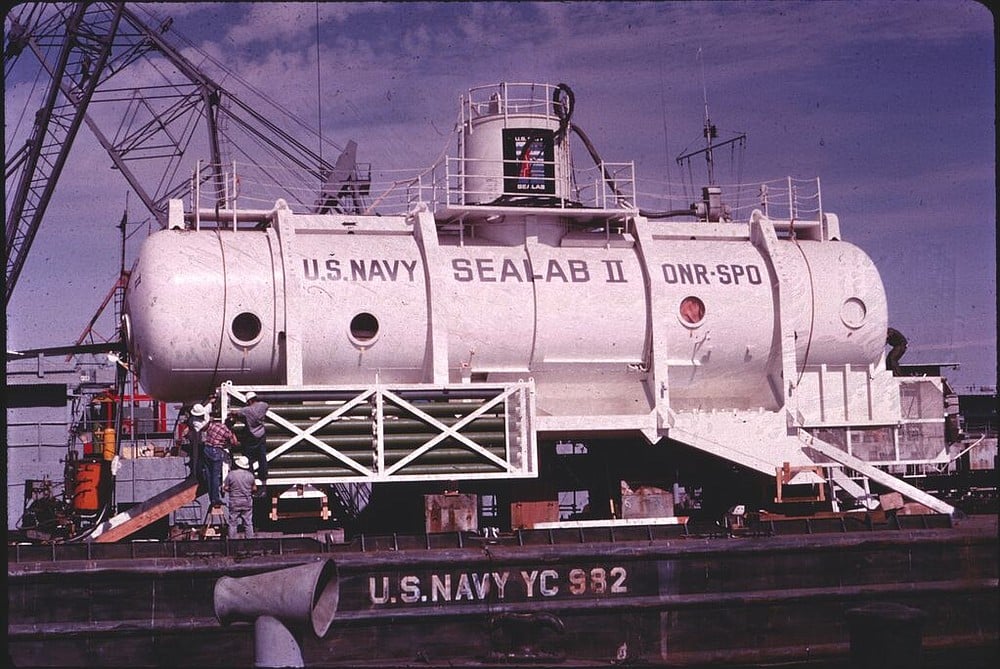 The Sealab project had three vessels, the first of which was sunk off of Florida in 1964. Then came Sealab II in 1965, built in San Francisco and submerged three quarters of a mile off shore near Scripps Institution of Oceanography. Sealab II was a 9-foot high, 57-foot-long submersible habitat that plunged to 205 feet into Scripps Submarine Canyon off La Jolla. 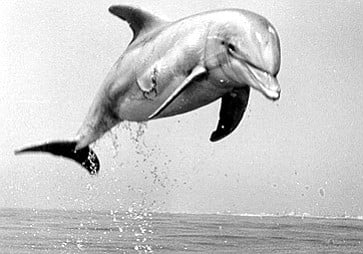 Tuffy delivered supplies to the aquanauts 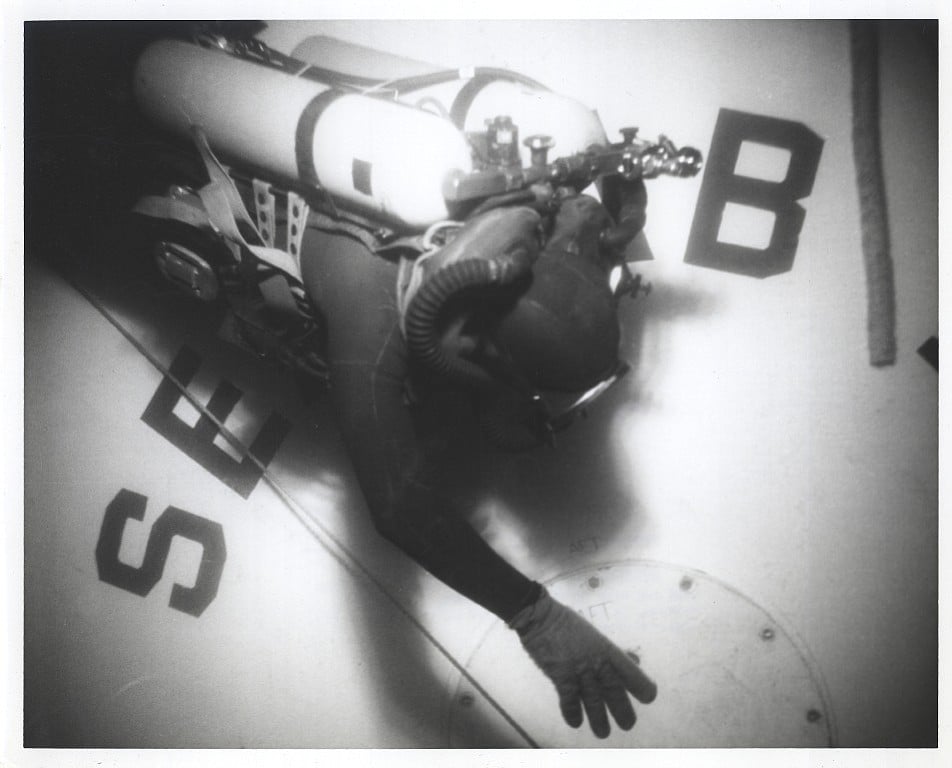 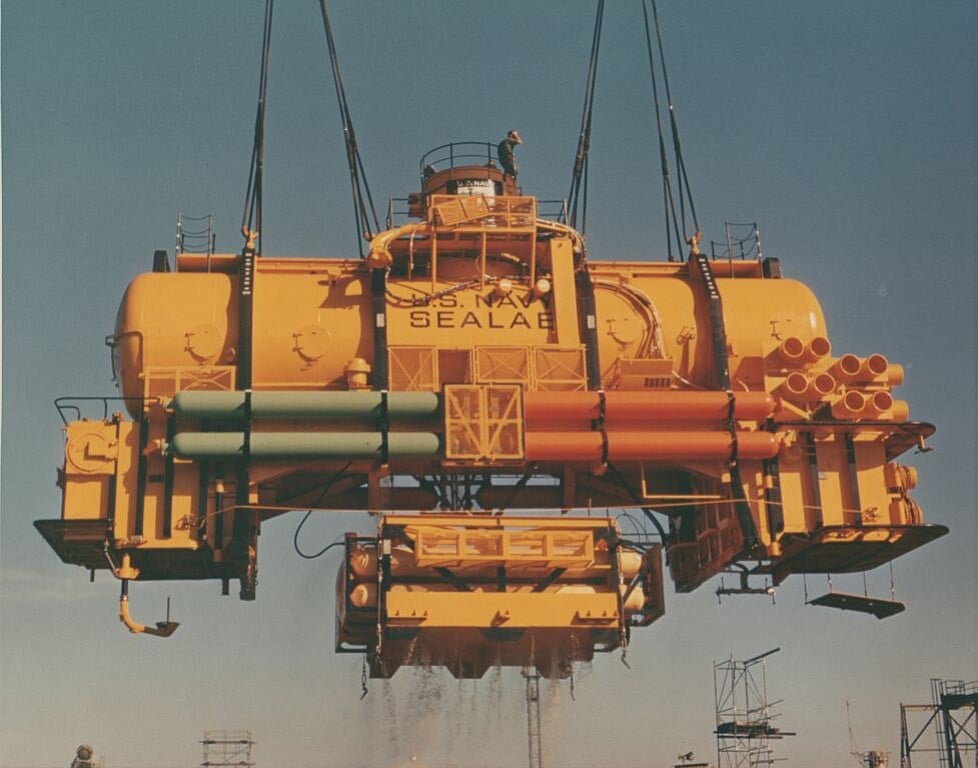 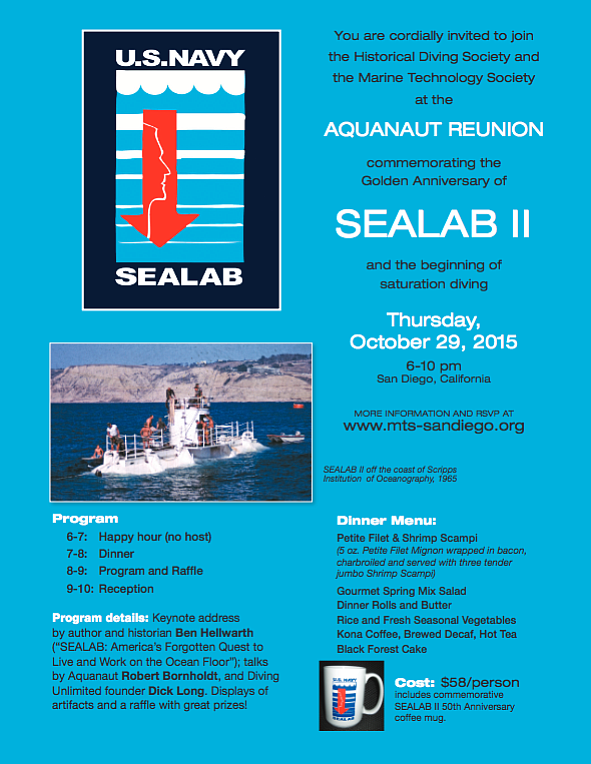 Historian Ben Hellwarth describes it as a cylinder with room for ten aquanauts. It was connected to a support ship on the surface for communications and breathing gases. “Umbilicals,” carrying fresh water, more communications, and instrumentation data, ran from buildings over the Scripps Pier and down to the capsule.

From August 28, 1965, to October 14 the same year, three teams of ten rotated on 15-day stints, living underwater and performing tests. The aquanauts enjoyed hot showers, an electric stove, and refrigeration. Hellwarth says that the high helium content in the air onboard made everyone sound like Donald Duck.

Astronaut-turned-aquanaut Scott Carpenter, the second U.S. man in orbit after John Glenn, stayed down on Sealab II for 30 days. A voice link was established between Carpenter and colleague Gordon Cooper, who was in orbit aboard Gemini 5.

Several Scripps scientists participated in Sealab II. Two are thought to be still alive, John Wells and Thomas Clarke. But the Marine Technology Society, organizing a reunion this month, has been unable to contact them.

The Navy forked out $11 million for Sealab III, which was sunk to 610 feet near San Clemente Island in 1969. Hours into the experiment, an experienced aquanaut died under what Hellwarth called “mysterious circumstances.” The Sealab project came to an abrupt halt. It was later found that the re-breather used on a mission to patch up air leaks was empty.

Sealab II celebrates its golden anniversary on October 29th with a reunion party at the Holiday Inn Bayside. Visit the Marine Technology Society website for details.