El Tigre leaves the punks behind 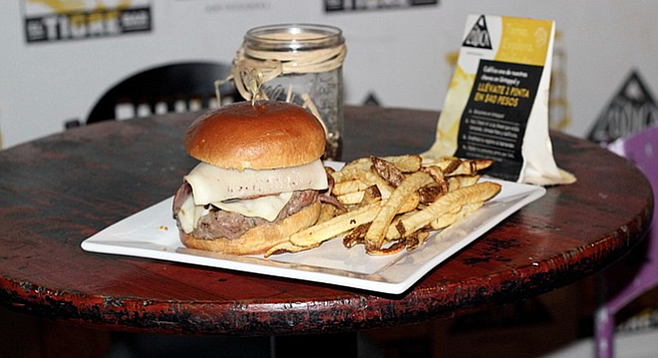 One year ago, El Tigre had punk shows on a regular basis. They served cheap beer on tap, caguama (bottled beer), and mixed drinks intended to get you drunk for the least amount of money.

In the beginning of 2015 the owners decided to revamp the place and make it about craft beer and great food. Sinful Eats moved into the kitchen, Lúdica Artesanal moved to the bar, and the ambience changed from a punk bar to a modern tap room. 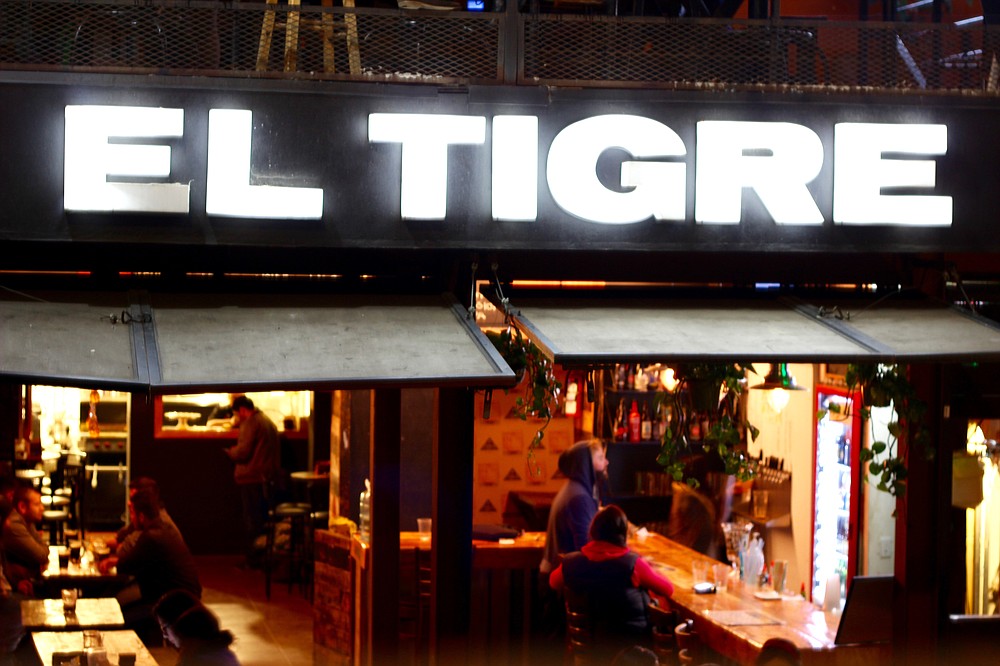 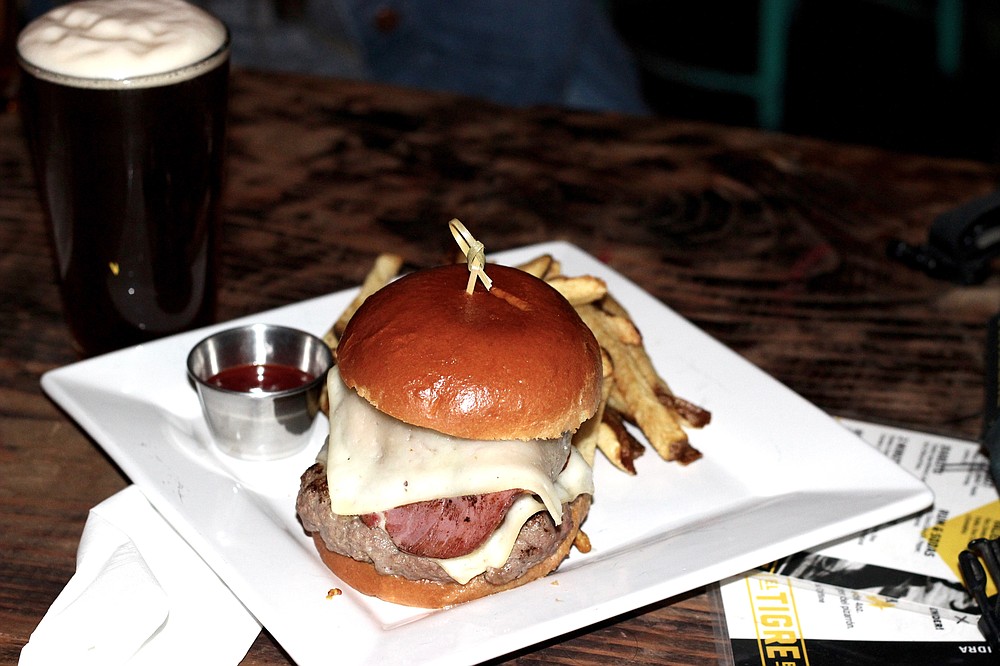 The Medieval burger, paired with Descomunal 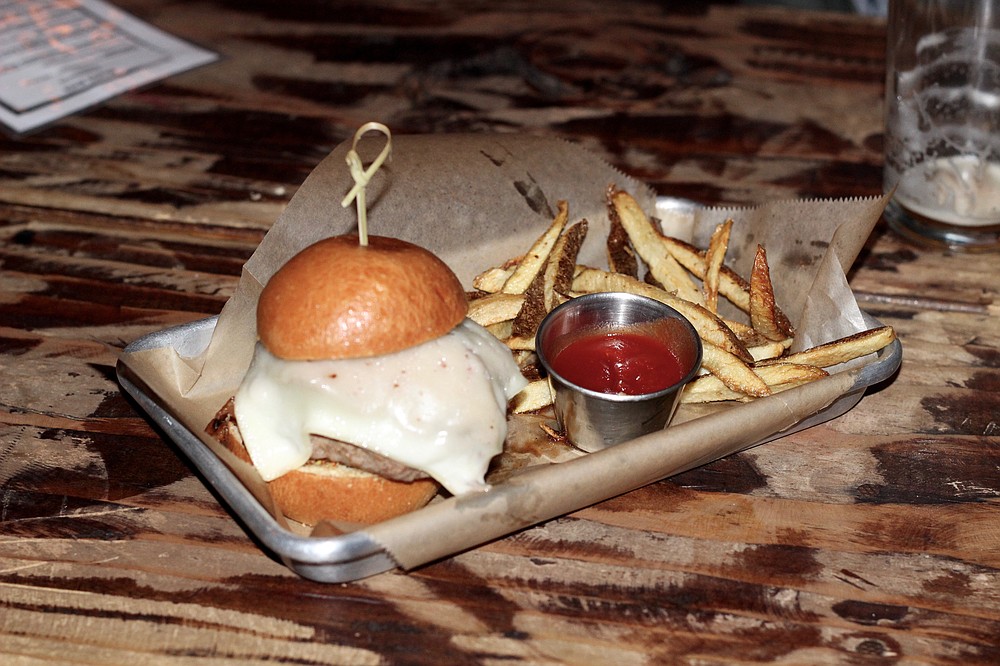 After seeing my meal, a friend ordered the mini version of the same burger. 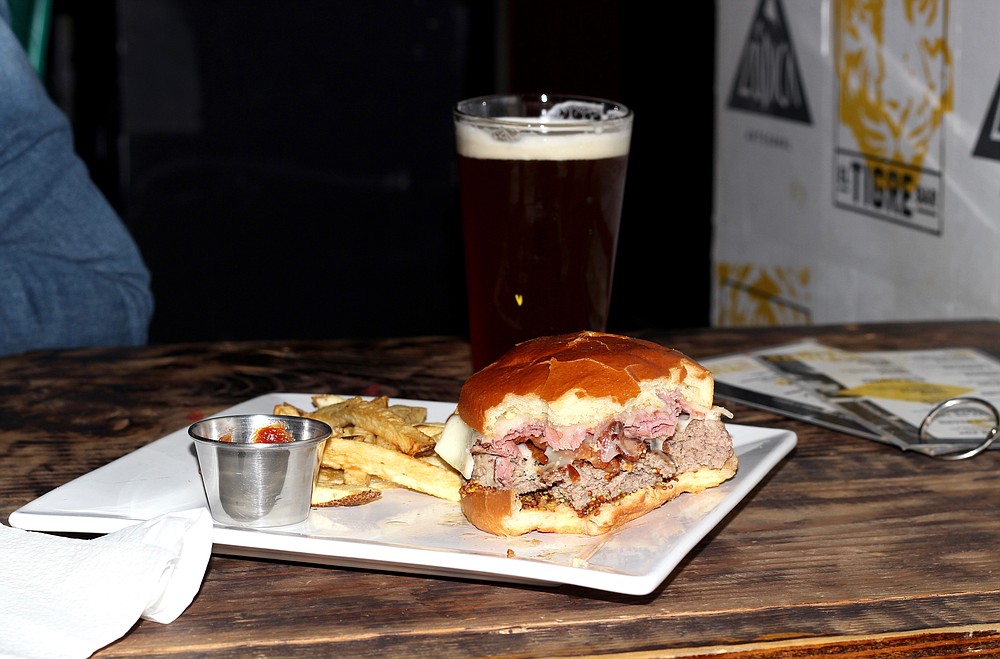 The change to craft beer and fancy eats alienated most of the crusty punks — El Tigre caters to a different crowd now. A few of the punks are still loyal and visit often, but those crazy shows with people hanging from the ceiling are gone forever.

The new kitchen offers a pub-like menu with mac n’ cheese, burgers, fries, and more. A lot of the menu has sriracha sauce or bacon. I have tried several things on the menu: a creamy mac n’ cheese sandwich, the cheese platter (good but small and expensive), and the cheesy fries which come topped with mac and bacon.

For this review, several of my friends and I went in for Tap Tuesday, which means all the brews on tap are $1 off. Out of a group of eight people, I was the only one to order food. I got what seemed to be the largest plate on the menu, the Medieval Burger for $10, a ground beef patty weighing half a pound with a double ration of Havarti cheese, bacon and pastrami, and caramelized onions, mayo, and mustard. Or you can get the mini Medieval, half the price and half the meat.

I asked the cook for a beer-pairing recommendation, but he had no idea. The beer menu had only four beers on tap, plus a cider. I ordered a California Common (brewed with a strain of lager yeast that works better at warmer temperatures) called Descomunal, a 16-oz.pint for $3.25. It was a bit under carbonated but easy to drink. Not the best pairing — the beer menu is lacking a good pale ale or IPA.

In the first bite, all I could taste was the huge portion of pastrami. On the second bite I tasted the beef patty, and on the third bite I finally taste the saltiness of the bacon. It wasn’t until I was in to the second half that I tasted the caramelized onions. The Havarti cheese barely made its presence known. The fries were fine — they leave the skin on the potato, which I prefer, giving it a natural taste.

With not that many options on tap , the group had only one round before moving to the many other tap rooms in Plaza Fiesta.