The league was founded by and for high rollers 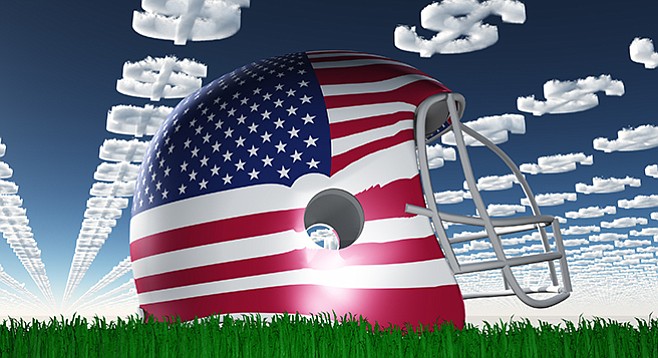 The National Football League might be returning to its roots: wide-open gambling — legal or illegal. The league has embraced the concept of people playing fantasy football for money — choosing real players in a hypothetical draft and plunking down money on how they will perform each week. Now there are posh lounges inside stadiums to accommodate those fantasy fans.

The National Football League welcomes the companies sponsoring this wagering, mainly Draft-Kings and FanDuel, which have become among the largest television advertisers. Investors in these companies include NBC Sports Ventures, Fox Sports, Google Capital, and KKR, the big global investment manager.

Fantasy football fanatics and their sponsors insist that this is not gambling but rather a game of skill. Hogwash. When you “draft” a journeyman running back and one Sunday he somehow scores three touchdowns, you were lucky, not smart. The New York state attorney general on November 10 ordered DraftKings and FanDuel to stop accepting bets from New York residents on the grounds that the games constituted illegal gambling.

There is another type of sports gambling that seems to be accelerating: illegal offshore-based betting on games. This often involves attempting to beat the point spread — you know, that listing in the media telling you that Las Vegas oddsmakers think the Chargers will lose to the Bengals by, say, seven points. If the Chargers win the game or lose by fewer than seven points, you collect money.

Gambling over the internet has been around for some time. Only a couple of decades ago, several San Diego–based companies set up virtual casinos in offshore tax havens. It is illegal for Americans to place bets through these havens, but, of course, millions do. The companies will say they have no way of knowing if a bet originated in the United States. Don’t believe it.

Then there is the old-fashioned football betting — the office pool, perhaps, or the bet placed with a bookie or a runner. That still accounts for a high percentage of sports gambling. The American Gaming Association estimates that this year in the United States, $95 billion will be gambled on National Football League and college football, and $93 billion of that will be illegal. I suspect that number is low, because a United Nations conference was told earlier this year that, worldwide, up to $3 trillion (mostly illegal) is wagered every year on all types of sports.

If these kinds of gambling are accelerating, the National Football League may be symbolically celebrating its birth 95 years ago. The league was formed by and for gamblers. Some say the early purpose of the league was to provide a vehicle for Sunday wagering. Early team owners tended to be high rollers, often with organized crime connections.

That high-roller dominance continued through the 1970s and into the 1980s. Later, team ownerships shifted to gamblers of a different kind, such as oil wildcatters. 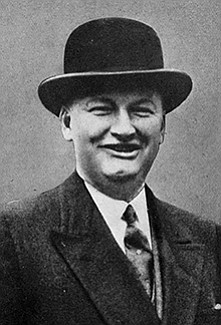 So here is our history lesson: Tim Mara, a bookie at racetracks, bought the league’s New York franchise in 1925. Price: $500. His grandson, John Mara, is president and part-owner of the Giants today. 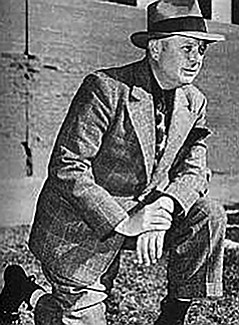 Charles Bidwill, a gambler, racetrack owner, and associate of Chicago hoodlum Al Capone, put $2000 down on the Chicago Cardinals in 1933 and later took complete ownership. The team moved to St. Louis and is now in Phoenix. The team was left to his two sons. One son now owns it and the other is in horse racing. 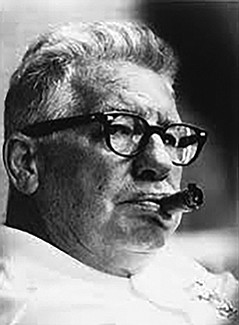 Amateur boxer Arthur Rooney plunked down $2500 for a Pittsburgh franchise in 1933, becoming the founder of the team that came to be known as the Steelers. Rooney’s saloon was a gambling den. He reportedly won $250,000 in a two-day spree at two horse-racing tracks. Tim Mara was supposedly the bookie that made the payoff to Rooney. For years, Arthur Rooney’s sons owned racetracks with slot machines along with percentages of the Steelers. The National Football League, promoting its purity, forced a breakup, so some Rooneys now own the team and others own the gambling establishments.

At the time Rooney founded the Steelers, Bert Bell, an inveterate gambler, bought the team that became the Philadelphia Eagles. Bell, who eventually became league commissioner, knew Al Capone, according to the book Interference: How Organized Crime Influences Professional Football, by Dan Moldea. 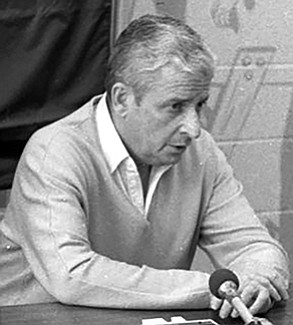 Some of the other gambler/team owners that Moldea covers in the book are Lamar Hunt, one of several oil zillionaires of the famed Texas Hunt family, a founder of the American Football League and longtime owner of the Kansas City Chiefs; Carroll Rosenbloom, owner of the Baltimore Colts and later the Los Angeles Rams and investor in Bahamian gambling operations; Barron Hilton, first owner of the Chargers and a heavy gambler; Clint Murchison Jr., founder of the Dallas Cowboys, described as entrenched with “proven Mafia figures” by federal government investigators; and Art Modell, who moved the Cleveland Browns to Baltimore and had several connections with Cleveland mobsters.

In 1969, during a period in which professional football was cracking down on players associating with gamblers, Modell got married in the Las Vegas digs of Billy Weinberger, president of the mobbed-up Caesars Palace casino. National Football League sleuths tail players who might know gamblers, but the league looks the other way on owners gambling. 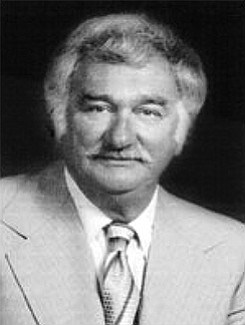 The late Eugene V. Klein was majority owner of the San Diego Chargers during the period 1966–1984. He was a big presence in thoroughbred horse racing.

Moldea then asked Klein whether gambling legalization would have an effect on bettors hoping to cover the point spread. Said Klein, “In last week’s Chargers-Raiders game, the Chargers were five-point underdogs.… The Raiders were leading by three with 30 seconds to go. The Raiders had the ball on the Chargers’ one-yard line.… The quarterback got down on one knee. Game over, right? Except the Chargers called time-out.… The next play the [Raiders] went over for a touchdown. Draw whatever conclusions you want to draw.”

My conclusion: don’t bet on a football game unless you have inside information.

"When you “draft” a journeyman running back and one Sunday he somehow scores three touchdowns, you were lucky, not smart."

If I buy a pharmaceutical stock, and two weeks later they announce a cure for cancer, was I "lucky", or guilty of insider trading? Looks like stocks need to be banned as gambling, too.

Who freaking cares if it's luck? Why are some people so worked up... "Oh, that person over there is GAMBLING! They must be stopped! They might make a bad choice and ruin their lives, so we have to save them by arresting them and imprisoning them! Oh, wait, some court upheld a strange interpretation that it was 'skill' instead of 'chance', so now it's OK"

jnojr: I always said that the horse race results should be run next to the stock listings. They get the same audiences. One time, I would go to a brokerage house in my building to find out what was running on the Dow Jones wire. The "sitters and spitters" sat in a separate room, where the ticker was. There was a sign saying that if the inhabitants didn't stop calling the competition, the phone would be removed. Those calls were being made to a bookie.

"Looks like stocks need to be banned as gambling, too."

It is indeed gambling. Shareholders in most companies did not invest a dime with the company and are not "investors." Instead they bought their stock from a third party with hopes that someday it would go up (or down for those who like to go short). There is often a real disconnect between the performance of a company and the performance of its stock because the company performance is driven by, in most cases, consumer response to its goods, but the stock performance replies on the "point spread" of stocks - quarterly earnings projections. A company can be making money hand over fist but if the reported earnings are a few cents shy of those mystical analysts projections, the gamblers will devalue the stock.

If anything, "playing the market" supports the case for extending the realm of legal gambling, which society has been doing for quite some time what with state lotteries, Indian casinos, satellite betting at race tracks, etc.

Local and state governments who habitually overspend are always open for new gambling opportunities if you can show them how they can get their share of the action (I think the mob called that the "take"). At some point they will be softened up enough that the NFL will be able to start touting their own brand of wagering where they and government's big spenders get to split the action - "Why let some other crooks get all the money?" they might say.

Bob Hudson: Once states saw how much money other states were making on the lottery and casinos, they jumped in. It will be the same with marijuana. Once states see how much can be made off the weed, states will legalize the stuff quickly. Best, Don Bauder

its all an elaborate way to separate suckers from their money, be it bets, ticket prices, or snacks at the events. ( or getting tax payers to pay for a new stadium)

Murphyjunk: I agree with you completely. We will get some screams from readers. I will put a wager on it. Best, Don Bauder

who will take your wager ?

Murphyjunk: Sports lovers will scream. That's how the NFL gets away with this scam. Twenty percent of team followers are absolutely rabid. They turn out to vote on such issues. Politicians realize this and all across the country, capitulate to billionaire team owners. Best, Don Bauder

Proof that there is no limit to stupidity.

AlexClarke: It's stupidity, yes, but it is also practical politics. That's why sports team use the same strategy in essentially all cities. With few exceptions, the team threatens to leave unless the taxpayers ante up .

A certain percentage of people -- 20 percent is a good number -- have nothing to live for except their local sports team. These fanatics dominate the local press and manipulate politicians when a billionaire wants taxpayers to pay for a stadium. Best, Don Bauder

Beach Pretzel: Absolutely. It is a thoroughly researched, documented, and footnoted book. I once called the NFL about it and a flack said it was all a lie. He knew he was lying to me. The NFL was founded by gangsters and that influence remains dominant. It is true of Major League Baseball and the NBA, too, although not nearly to the extent of the NFL. Best, Don Bauder

You'll find the addictive nature of NFL defined in the DSM5, Dignostic and Statistical Manual of Mental Disorders. Has all the warning signs of manipulation of addicts. Look at ASAM.org, American Society of Addiction Medicine. Not much concern about powerlessness over living conditions either, apparently.

shirleyberan: Yes, for many, the NFL is an addiction. Best, Don Bauder