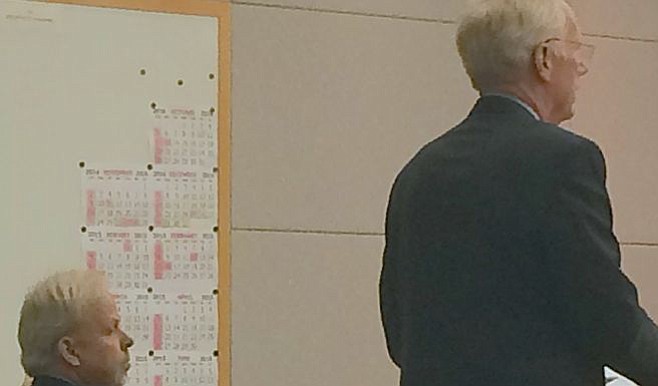 “The defendant has gotten away with his phony persona for years,” a prosecutor told the jury yesterday, November 18, in her opening statements in the trial of Robert Oldham Young, who is accused of taking money from cancer victims for dubious treatments. 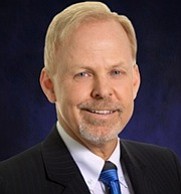 Prosecutor Gina Darvis claimed that 63-year-old Young is “nothing more than a charlatan con artist who takes advantage of desperately ill persons.”

The prosecutor disparages Young for calling himself “doctor,” saying that in the year 1995 he acquired a bachelor’s degree, a master’s degree, and then a doctorate — within an eight-month span, from a place called the Clayton School of Natural Healing. Darvis said that none of those degrees was in microbiology or chemistry, as Young has claimed, but instead those degrees were in holistic nutrition, “whatever that may be.”

Some of Young’s alleged treatments took place at his Valley Center ranch, which is advertised as a “Miracle Center.”

The prosecutor said that Young typically told patients that their blood was too acidic, and he urged them to become more alkaline. Some of his reputed treatment involved a rigorous diet, a raw vegan diet that stressed no meat, no fish, no dairy.

“This trial is not an attack on alternative medicine,” the prosecutor claimed. She alleges that Young got himself into legal trouble when he gave IV treatments to his patients, which she said requires a licensed doctor.

“He infused people with baking soda in IV bags,” prosecutor Darvis told the jury. The defendant is accused of giving sodium bicarbonate intravenously to sick people, in his effort to reach a special, perfect blood pH of 7.365.”

Darvis said this was profitable for Young because the IV treatments were priced at $500 each and most patients got two of these IV treatments per day, on top of the $2000 per day he charged to stay at the Valley Center facility.

Defense attorney Paul Pfingst stated in his pretrial motions: “The ranch is not a medical facility. No one has ever claimed it is a medical facility and guests are required to sign consent forms acknowledging that the ranch does not provide medical treatment. It offers education, room, board, exercise facilities, massage therapy, infra-red sauna and colonics, as well as stress reduction and emotional support.”

Pfingst said of the facility, which was once an avocado and grapefruit ranch, “People come to the Valley Center place to break out of their bad habits.” Pfingst told the jury, “He was a trainer there.” Pfingst said that Young packaged and sold nutritional supplements, which were distributed around the world. “All of this is designed to help people heal,” the defense attorney said.

Defense is positioning Young as a sympathetic character, “He has spent almost his entire adult life helping people feel better.” Pfingst showed the jury one of the books Young has written and markets, titled, The pH Miracle, and Pfingst pointed out that about 140 pages are recipes.

Pfingst objected when the prosecutor began her presentation by displaying a photo from the movie Wizard of Oz, which showed a little dog pulling a curtain away to expose the man pretending to be a wizard. Prosecutor Darvis said her case is about a man who used deception and caused harm to his victims.

“He used trumped-up credentials and bogus science to trick victims into believing he was something he is not,” said Darvis.

But Pfingst countered by telling the jury that Young has sold millions of his books, has a big internet presence, travels the world to give his lectures, and has even been on Oprah – which Pfingst pointed out is a very public and exposed life, not hidden at all.

Pfingst consistently referred to his client as “Dr. Young,” and the prosecutor referred to him as “the defendant” or “Mr. Young.”

More than a year ago, prosecutor Darvis originally charged Young with 22 felonies, including practicing medicine without a license on 12 named persons, grand theft by fraud in excess of $200,000, and using the identification of another to order restricted medical supplies. At the end of a preliminary hearing, most of those charges were dismissed by a judge who found insufficient evidence.

Once again "Perfidious Pfaulie Pfingst" is representing a guilty-as-sin defendant, and trying to make him into a sympathetic figure. Hey, Paul, how did you do in making Julie Harper look in her second trial? No so good, huh? I doubt it will be any better in this case.

Oh, and don't forget that this accused kidnapper of little girls, Doshay, is also his client. To get that one off the hook, he'll have to REALLY pull some rabbits out of the hat.

Yesterday's Light News had this Young trial featured, under the headline "Accused Author's Trial Begins." It's hard to think of a headline that could be less informative than that. The guy isn't accused of being an author, he's accused of pretending to be a physician, and doing things that require a medical license, which he definitely lacks. I keep wondering if the rag purposely puts on such headlines, or if the headline writer is just stupid or overworked.

Just wondering, if Mr. Pfingst happened to be ill with cancer, would he personally go to this "Dr." Young?

There is something about charging hundreds of dollars for something that can be purchased in the grocery store for maybe a couple of bucks that just does not look good.

What a thought, to charge large amounts of money for treatments when people are desperate--and dance around terminology for self-protection.

Let's not forget the IVs administered by non-medical personnel.

Is there a higher percentage of scam artists in SD county, or does it just seem like there is?

The trial went on for more than two months. The jury went into deliberations yesterday morning, Thursday, January 21, 2016.

After hearing evidence for two months, the jury went into deliberations on Thursday, January 21, 2016. The following Tuesday, the judge got a note from a juror stating they were deadlocked. The judge sent the jury home that day, and later met with attorneys in chambers. Late Wednesday, January 27, jurors were "ordered back into deliberations" according to the court clerk. Since then, jurors have been sending notes out to the judge, and asking for read-back of trial testimony from the court reporter. One week after they began deliberating, as of late Thursday, January 28, the jury continues working toward unanimous verdicts.

The jury declared Robert Oldham Young guilty of two counts of practicing medicine without a license, late in the day on February 3, 2016. As of this writing, Young is being held in the Vista jail, and will be brought back into court this afternoon, on February 4. 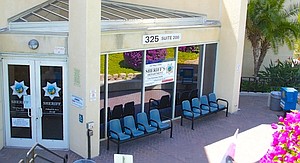 After being convicted of two misdemeanors, Robert Oldham Young is held in custody in lieu of $700,000 bail. His next court appearance is set for March 7, 2016. The graying man will turn 64 years old in jail. 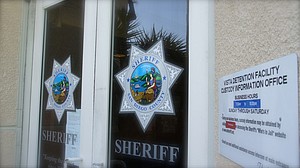