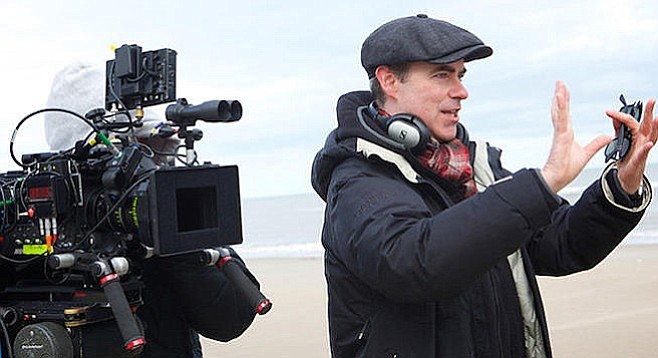 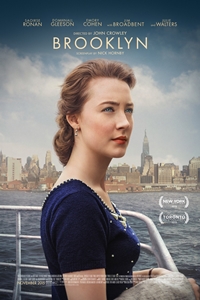 Brooklyn opens Friday in wide release, but there’s no rush to see John Crowley’s old-school, straightforward, unsentimental melodrama. You’ll have ample opportunity. Something tells me it will run continuously from now past Oscar night when the film’s star, Saoirse Ronan, has a good chance of taking home top honors in her class. She’d get my vote.

Crowley (Intermission, Boy A) was even more upbeat and energetic than I remembered him, and why shouldn’t he be? Brooklyn is a terrific piece of storytelling, and it’s likely that more people will see it than all of his other films combined. Here are the director’s thoughts on reimagining Brooklyn on the cheap, emotion vs. sentimentality, and his mesmerizing leading lady.

Scott Marks: When last we spoke, you were kind enough to interrupt a family dinner to talk with me about Closed Circuit.

John Crowley: I remember. It was on a Sunday.

JC: I knew your name rang a bell, and here you are. Gosh! Nice to talk to you again.

SM: A pleasure to speak with you as well. During the making of the film, did anyone connected with the production ever set foot in Brooklyn, USA? 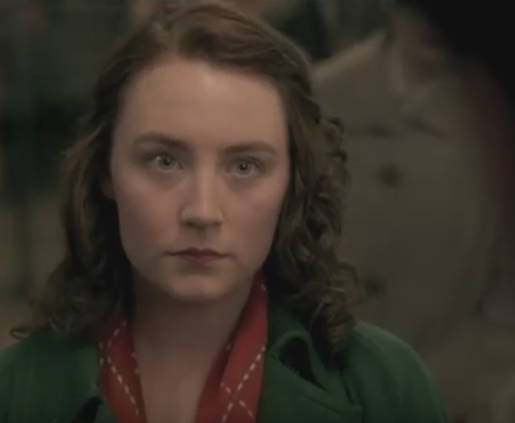 JC (Laughing): Yes, we did. We shot there for two whole days at the end of the shoot. One day to do all the exterior brownstones and one day to do Coney Island, neither of which you could replicate anywhere else. The budget that we shot this film on meant shooting the whole thing in Brooklyn was an impossibility. It wasn’t even a conversation we could entertain. So we had to go to Montreal for three weeks.

Montreal doubled for all our Brooklyn interiors and a few select exteriors. We had to be very careful and clever about how we did it in a way that hopefully wouldn’t read to a native audience as being phony. We screened it in New York a couple of weeks ago, and at one of the Q&As after the screening somebody asked, “So how many weeks did you shoot in New York?” There was literally a gasp when I told them two days.

SM: As far as I can tell there is very little in the way of computer-generated effects.

JC: We have a couple of shots that are stitched together, as it were. The shot where they cross the street with the Brooklyn Bridge in the background...even if we could have afforded to do it, we would have had to raise half the stuff that’s on the screen anyway. We did have to do a cut-and-paste on that shot, and there was a little CG work on the backgrounds of the tram. And a boat a sea. That’s it!

SM: I must admit, after Atonement, and The Lovely Bones, and Byzantium, this is the first film in which Saoirse Ronan didn’t scare the wits out of me. She always plays such shuddersome characters that it was nice for a change to feel sympathy for her. If this doesn’t qualify a breakthrough performance, none do.

JC: She had proved herself to be a stunning young actor from a very early age but had yet to do the big performance that would take her from young adult to fully-fledged heavyweight actress. With this she has completely redefined the boundaries of what people expect of her and what people think she’s capable of. I think it’s a stunning performance.

SM: What a face this young woman has! She had to have been your first and only choice for the part. 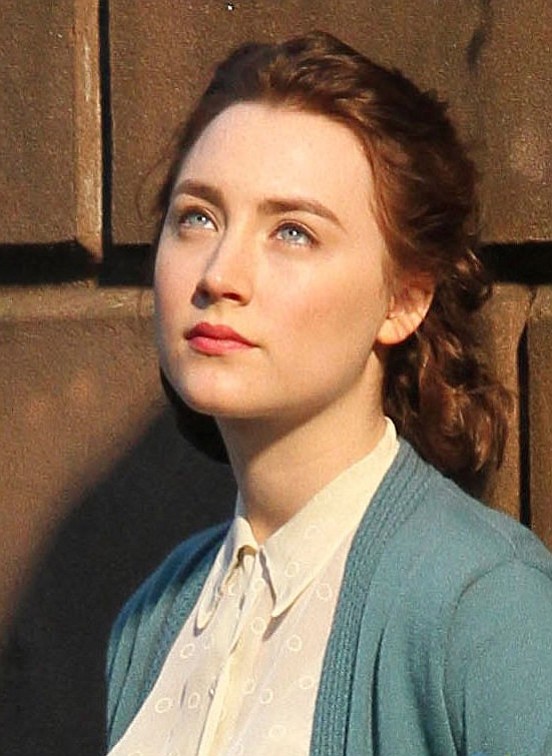 JC: She was. There’s no question. And you’re right about her face. I think she’d have had a great career in silent movies. You put a camera on it in close-up, and it’s so damn interesting. Every thought, every flicker across that face is incredible.

SM: And can this girl cry! The poor thing rests on the verge of tears for the first third of the picture.

JC (Laughing): I know. And in a way the last third of the picture. She does a lot of crying in that bit as well. She does have the middle bit where she’s quite happy. (Laughing.) We had to shoot this on a very short schedule so she would be doing some very big teary stuff back-to-back. And they’re very different kinds of tears.

She did have to trust that the tone of it would cut together in a way...you know, it can be quite off-putting to watch somebody crying endlessly. Tears can actually make an audience detach from a character rather than sit forward and pay attention. It was not easy.

SM: And judging by the sniffles coming from behind me during the screening, audiences had best bring a bath towel to sop up all the tears.

JC: (Laughing) We should use that in the advertising.

SM: To your credit, it never gets maudlin or overly sentimental. Her transformation, both physical and spiritual, is what drives the film.

JC: From the start, I never ever wanted it to tip into sentimentality. There’s a huge difference between being sentimental and being emotional. I wanted to it be emotional — unapologetically so – and not be a film that’s cool or detached or ironic in any way. Or indie even in spirit. I wanted audiences to feel what she is feeling and go through it with her. But never to rely on a bit of cozy Irish sentimentality.

SM: The production design is impeccable. I lived the overhead shot of the wooden, polished department store counters at Marshall Field’s in Chicago. And there are a lot of nice touches lurking in the background for audiences to discover. My parents, too, kept a folding bed in the dining room just in case a relative dropped in and needed to spend the night.

JC (Laughing): You’re the first one to have mentioned it to me. Well spotted!

SM: What was it about Eilis’s [Ronan] journey that moved you to direct the picture?

JC: The story is profoundly important for Ireland, and it’s one that hasn’t been told. The stories of immigration — especially in that middle-section of the 20th Century — are all told from the point-of-view of young men. The fact that Brooklyn comes from the point-of-view of a young woman means you have a way of shining a flashlamp on the whole nature of the society as you watch her negotiate her way through it. I found it an incredibly moving tale and one with a very simple story, but one which has huge scale.