The NHL could go to Vegas

Except...think Las Vegas and you don’t think of hockey 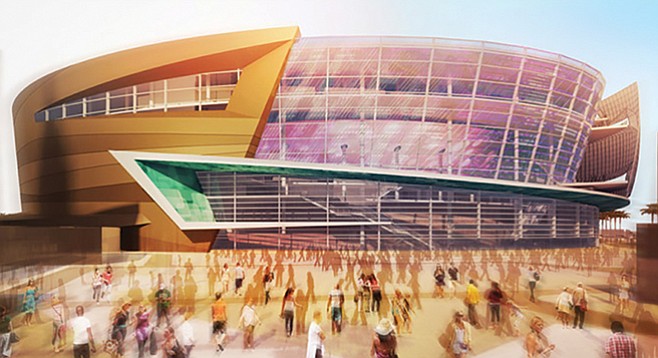 Last week NHL deputy commissioner Bill Daly said that it was unlikely the 30-member board of governors will vote on placing an expansion team in Las Vegas at their December 7–8 meeting in Pebble Beach. The next opportunity to vote on expansion will be over the All-Star weekend, January 30–31, 2016.

What makes this different from the typical major league scam of using Las Vegas to — I won’t say blackmail...let’s say leverage an owner’s home city into handing over great gobs of money, is that, this time, the prospect of putting an NHL franchise in Las Vegas is real.

The front man for the proposed new franchise is Bill Foley, chairman of the board of Fidelity National Financial (FNF). The Jacksonville, Florida, outfit “is the United States’ largest provider of commercial and residential mortgage and diversified services.”

According to the FNF website, Foley’s “additional professional directorships include Winter Sports, Inc.; Remy International, Inc.; Ceridian Corporation; Fidelity Newport Holdings, LLC.; and J. Alexander’s LLC.”...and he is ranked by Golf Digest as one of the top five executive golfers in the world. Best of all, the Las Vegas Review-Journal reports that Foley bought a house in Las Vegas and his wife bought a new car. In other words, he’s another blow-in. Not a problem in Vegas.

Right now, a $375 million sports arena is being built, with private money, to NHL specs, that seats 17,500 for hockey and is located on the Strip. The Las Vegas Arena will be up and running by April 2016. 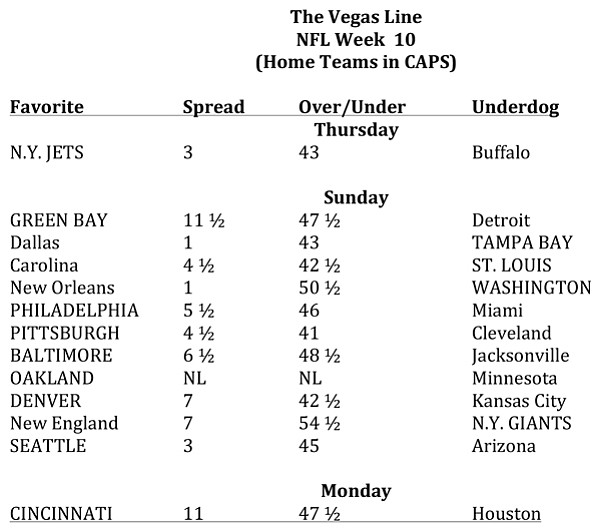 MGM Resorts International and the Anschutz Entertainment Group are building the arena. AEG owns the Los Angeles Kings and will run the place when it opens. Foley has already negotiated a lease to play in the building and has banked near 14,000 season-ticket deposits.

It’s known, as well as you can know these things, that the NHL wants to expand by two teams. The buy-in is expected to be $500 million for each franchise. Two franchises equals $1 billion split between 30 owners who, happily, don’t have to share with players.

Fear of Vegas gambling is passing. DraftKings has left the NFL without an excuse to oppose sports betting, although getting them to admit that will take huge money. Huge money is coming. NBA commissioner Adam Silver endorsed regulated sports betting in a New York Times opinion piece.

Investopedia reports, ”With a 2010 metropolitan statistical area (MSA) population of nearly 2 million, Las Vegas is the 30th largest city in the United States. The city’s MSA population puts it in the same peer group as Cleveland, Kansas City, Cincinnati, and Indianapolis.”

Two million metro population, an owner with big bucks, a state-of-the-art arena to play in, and 14,000 season tickets spoken for. You’d assume placing an NHL team in Vegas is a lock.

Except...think Las Vegas and you don’t think of hockey. According to research done by FiveThirtyEight.com, “the break-even level of local fandom for a profitable franchise was about 300,000 to 400,000 fans... Teams in markets with fewer than 300,000 hockey fans, however, have tended to lose money... Las Vegas would be a disaster. According to our estimates, there are only 91,000 hockey fans in the Vegas media market...”

Plus, the Las Vegas Arena is located on the Strip. I’ve lived in Vegas, actually, I lived there on three occasions. It’s just a city. The slot machines in Vons are against the wall by the distilled water. You have your miserable job, domestic mate, Home Depot on the weekends, trouble with the in-laws, softball leagues, the normal dreck of daily life. After work the last thing a local wants to do is go to the Strip. Residents go years, decades, without setting foot on Las Vegas Boulevard.

Using Vegas gross population numbers is misleading. The top six employers in Las Vegas are casinos. They account for 125,000 jobs.

Casinos are 24-hour-a-day outfits that support a 24-hour-a-day ecosystem built to serve their shift workers. Everything from 7-Elevens, bars, restaurants, Laundromats, grocery stores, auto mechanics, college classes, and dental offices (visit a dentist after work and save those sick days for hangovers and impromptu road trips) employ shift workers. So, while the metro population might be two million, and there might be 91,000 hockey fans within that two million, a large portion of that 91,000 won’t be able to attend hockey games.

Saying that, Foley has one killer card left to play. More than 40 million people a year visit Las Vegas. Here’s the bet: Can Foley cull enough stragglers from the herd and make his nut?

You can figure many of the hotel/casinos will have a luxury box there, and that will be big money for the arena operators.

Among the bottom 5 teams in attendance this season are New Jersey, New York Islanders, and the Phoenix Coyotes--all of which have markets much larger than the Las Vegas Metro area.

I am a Limo chauffeur here in Las Vegas. When I drive clients from (LAS) McCarren International to their hotels I pass by the New stadium and tell them about it being a sporting and concert venue and the fact We (Las Vegasians)are trying to get a NFL team and have already sold over 10,000 seats to locals. They reply that would be GREAT for Las Vegas, I would come to see a game here, that would be fun. We get tourists from all around the world, and even Aussies were intrested in seeing Hockey! also I think it would be a gateway for other sports franchises for Las Vegas to become thier Home Town! Heck NFL would do Great here... We even have enough rooms to host Super Bowl every year!!! alot of the Championships are already here like Supercross, Monster Trucks, PBR, NFR, NHRA (opening and closing races), and a few others. Besides Nevada does need a PRO TEAM of a Sport Franchise so we all can back them. Right now most of the locals are either Chargers or Raiders Fans... I think if we had a Local team it would be well supported through the locals along with a big percentage of the 40 million visitors that come through this LITTLE TOWN remember out of that 40 million people I would say over 30 million visit the STRIP and downtown which is only 7 miles long in the Las Vegas Valley (Las Vegas North Las Vegas and Henderson combined) is 31 miles wide and 40 miles long. This LITTLE TOWN does GREAT for tourisim and would Great with a Pro Sports Team!!!