Family and rights groups turn out to protest case dismissal 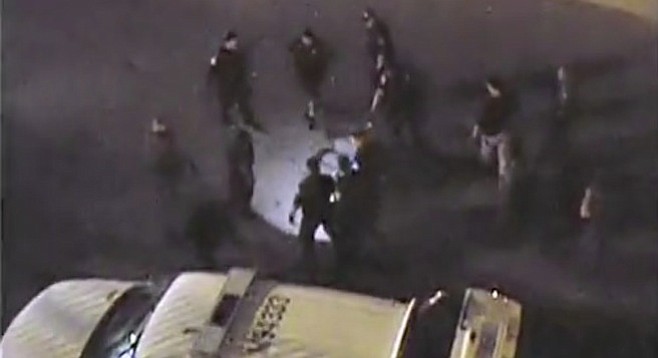 On Monday (November 9), several hundred people demonstrated their anger and disappointment with the U.S. Department of Justice's decision to clear the federal agents involved in the death of Anastasio Hernández Rojas — a decision that came more than five years after his death. 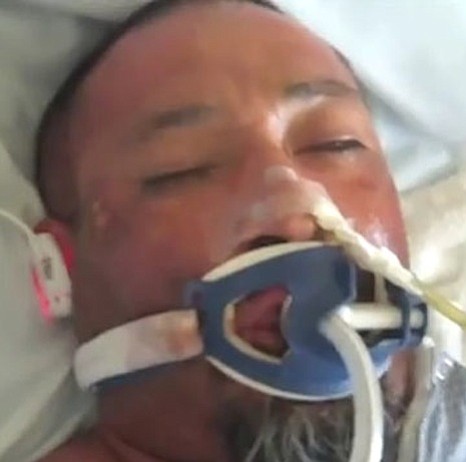 On May 28, 2010, just west of the San Ysidro Port of Entry, Hernández Rojas was tasered at least four times while handcuffed and hogtied on the ground. He reportedly suffered a heart attack. He was revived and lived two more days brain-dead before life support ended.

"They waited until the statute of limitations ran on charging the officers with civil rights violations or assault," said attorney Eugene Iredale, who represents the family in a civil lawsuit. "They waited five years, and when all that was left was murder charges, decided there wasn't enough evidence to charge anyone with murder."

Hernández Rojas's wife, Maria Puga, and his mother took part in the rally in front of the federal courthouse downtown. After Friday's announcement by the justice department, the rally was planned by Alliance San Diego and the Southern Border Communities Coalition.

Hernández Rojas and his brother were detained by Border Patrol agents after they entered the U.S. illegally near Otay Mountain in 2010. According to depositions in the lawsuit, both cooperated and did not resist. During their processing, an agent kicked Hernández Rojas in a previously injured ankle. Hernández Rojas insisted on talking to a supervisor, asked for medical care, and asked for an immigration hearing. However, the supervisor decided that he should be "voluntarily returned" to Mexico through the port of entry gate.

Hernández Rojas had lived in the U.S. for more than a decade with Puga and their five children. Agents took Hernández Rojas to the return gate where they met Immigration and Customs Enforcement agents. According to depositions, when they removed Rojas Hernández's handcuffs, he began to resist being pushed through the gate, and at one point was fighting a half dozen federal agents from multiple agencies.

They prevailed and handcuffed him and zip-tied his feet.

Throughout, he was yelling for help and a number of Mexican border officers and border crossers heard his cries, according to depositions. In the few cell-phone videos that weren't seized and destroyed by federal agents, Hernández Rojas can be seen barely moving as he lay on the ground surrounded by nearly a dozen feds.

A U.S. Customs officer yells “stop resisting” and tasers the supine man at least four times. According to testimony, several minutes passed before the federal agents realized Hernández Rojas had died, and they restored his heartbeat with CPR.

His family filed suit for wrongful death and civil rights violations in 2011 — a suit that has stalled repeatedly while the federal agents have appealed court rulings. It is now stalled again.

The Department of Justice cited methamphetamine use and cardiac issues as contributing to Rojas Hernández's death — as well as multiple taser strikes and positional restraint. But, it said, it was impossible to demonstrate that the Customs officers, Border Patrol agents, and ICE agents at the scene of Hernández Rojas's first death had acted to intentionally deprive the immigrant of his rights and his life.

"We are not finished here," said Pedro Rios of the border coalition. "We will organize and demonstrate and we will continue to seek justice for Anastasio."