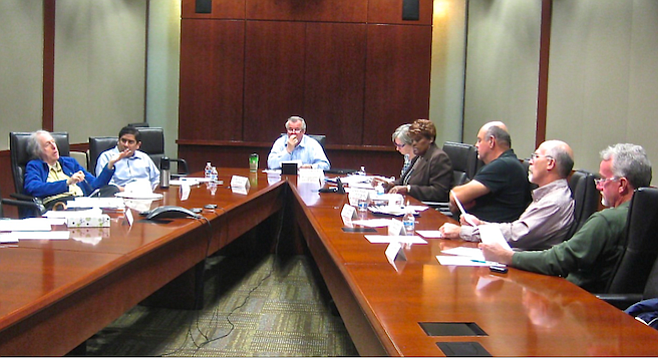 Chula Vista opted for democracy-on-the-cheap last January when they filled a council vacancy through appointment rather than special election. 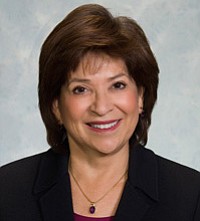 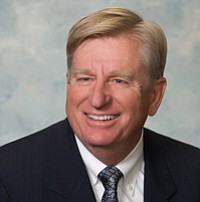 Then, shortly after Steve Miesen was appointed to mayor Mary Casillas Salas's open seat, Chris Shilling, chairman of the Ethics Board, joined by California Coast Law and San Diegans for Open Government, filed a suit against the city for Brown Act violations during the appointment process. The suit has cost the city more than $100,000 and the meter is still running A demurrer hearing is scheduled for November 13.

On November 2, the Charter Review Commission voted 6-1 to propose new charter language that would give the city council the option to exclusively use mail-in ballots should a mayor or council member seat be prematurely vacated with more than 12 months but less than 25 months remaining in the term.

Commissioner Robert Ross brought forward the motion. Ross worked with the city clerk to come up with cost estimates for special elections that are not held in the June primary or the November general elections.

If a council seat were unexpectedly vacated and the city needed to hold a special election, Ross calculated that the average cost, relying on traditional polling places, would be $325,000. However, a vote-by-mail election would cost $205,000; this calculation is for one district with five candidates and would save the city $120,000. The cost would be higher to replace a mayor because it would involve all four districts.

Ross explained to commissioners: “If there is a vacancy within the first couple of years, the council must hold an election…but the reason why I brought it up was I thought about what happened recently. It was a vacancy, the city council didn’t want to hold an election because of the cost, so I started to get information to see whether the cost would be low enough so that in the future the city council might consider an election rather than an appointment because I personally think that having an elected city council member is better than having an appointed one.”

Assistant city attorney Jill Maland informed the commissioners that recent state legislation lays the groundwork for more mail-in ballot elections. Several members concurred that mail-in was “the trend.” Several also averred that voting is a right, not a privilege.

Curiously, there was limited discussion about any problems inherent with mail-in ballots. One example of a potential problem was in the 2014 victory of council member John McCann over former mayor Steve Padilla. McCann won by 2 votes and the vote was challenged in court. The challenge, which ultimately was resolved in McCann’s favor, involved 15 uncounted provisional and mail-in ballots.

Problem being that Mr. Vu doesn't exactly inspire confidence in the entire category of mail-in ballots. Why is it that I feel that the vote would be all too easily manipulated?

WOW, it appears many are forgetting how wonderful democracy is. This gives 'phoning it in' a whole new meaning. Folks, if it is too much trouble to go to the polls and vote, well, what can I say?

Amazing where elected officials 'choose' to look for ways to save.

But then, no doubt, too many I am seen as someone who is behind the times, aka 'OLD'.

Mr. Ross, in the blue sweater, had an idea that I thought was feasible. He said the city could set up an account and put something like $20,000 a year away, so that in the event of a special election--which everyone acknowledged was rare--the city would have the money saved for it.

'Mr. Ross, in the blue sweater' is a wise man - no doubt the years and his experiences have garnered him much wisdom.

I agree with Mr. Ross's opinion that an elected city official is preferable to an appointed one, but all-mail-in balloting might not be the wisest way to go. You read about problems with mail-in ballots on the state and national level, and as the article mentions, there have been issues in Chula Vista as well. Might it be better to have the city council consider Mr. Ross's other idea of setting aside a comparatively small amount of money each year and saving up for that rare occasion when a vacancy would have to be filled? I totally agree with commissioner O'Donnell and thank him for his "NO" vote. The traditional polling place should never be denied to the voting public.

Somebody needs to explain why mail-in voting is an improvement on the polling place. In this state, and for good reason, every mail ballot has to have its signature verified. Even that doesn't prevent fraud. The public polling place provides some better, but not iron-clad, protection against ballot box stuffing, voting for dead persons, and a host of other old gimmicks used by crooks.

Seems to me that the polling place is inherently more efficient than mail-in voting, and more secure. So, how is it that the cost of a mail ballot is lower? Is it really lower? And finally, with the potential for fraud with mail-in ballots being higher, do we want a system that can always leave the impression that an election was stolen?

Visduh, as always you make a good argument. In relation to fraud, The New York Times link I included in the story discusses the potential for fraud. One example they give is "granny farming," that is people who help people in convalescent homes to fill out their ballots.

Commissioner O'Donnell made another point that I think is worth mentioning. It doesn't go to the logical argument, but it has, for me, merit. Polling places are one of the last places where people in a neighborhood run into one another.

The polls were set up for many good reasons. Let the people who care enough to vote,exercise that privilege.