Just in on Justin (Pearson)

The Locust, Head Wound City, Retox, janitor on the WB 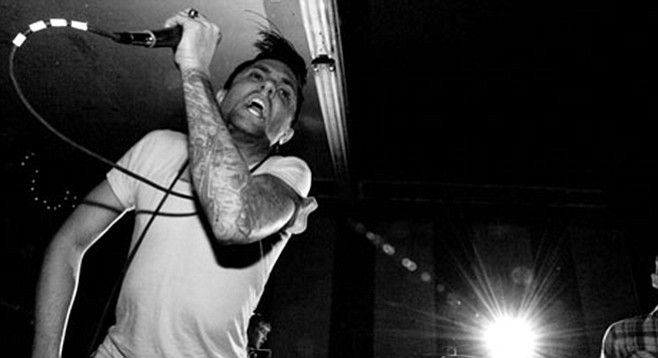 Twenty years ago bassist Justin Pearson cofounded the Locust, the San Diego band known for its short, spazzy grindcore songs played by guys in insect suits. About the same time he launched Three One G, the local label that continues to thrive by releasing new material by national touring bands, such as Hot Nerds, Warsawwasraw, and Moving Units.

...on the Jerry Springer Show

The networking he learned from keeping Three One G vital helped Pearson land bigger gigs himself, such as a recording deal with a bigger label, acting jobs, movie voiceovers, and the opening slot on the Marilyn Manson tour.

“We were offered the whole tour,” says Pearson about the offer for his noise-grind band Head Wound City. “We could only play for three dates because of other commitments.” 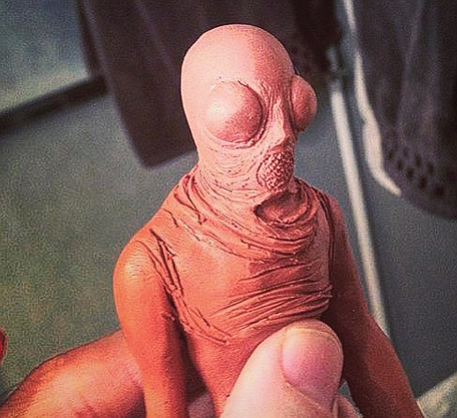 He says a “prank” appearance on a Jerry Springer segment 15 years ago helped land him a costarring role in the 2014 drama Incompressa (Misunderstood) shot in Italy and honored at last year’s Cannes. That in turn led to interest from a couple of agents at mega agency CAA. “One of them said ‘We have to typecast you in parts that go with your music persona.’ I told him I wanted to be a janitor on the WB. I can relate to a shitty working-class job.”

Last week Pearson read voiceover lines for a pilot for a cartoon feature. “They wanted me to do three different characters. But one was Cantonese and I couldn’t have done it without sounding like a racist asshole.”

Then there’s those Locust action figures that just showed up.

“There’s this guy in Arizona who was a fan who just started carving these things. They are bad-ass.” Pearson says he didn’t bring up royalties. “I just want them to exist.”

On November 11, Pearson’s other other band, Retox, will play the all-ages Irenic with L.A. art-punk duo No Age and locals Big Bad Buffalo.