Docs, vintage style, and trendy takes on the durable classic 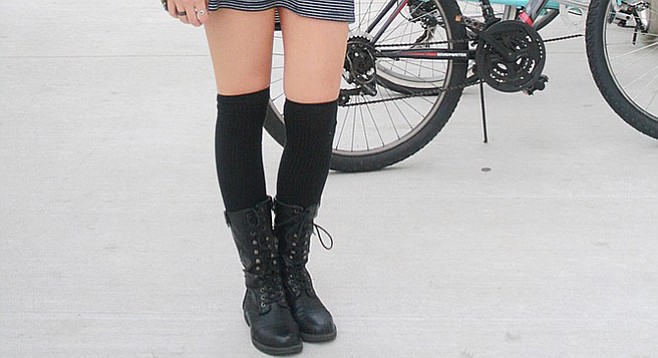 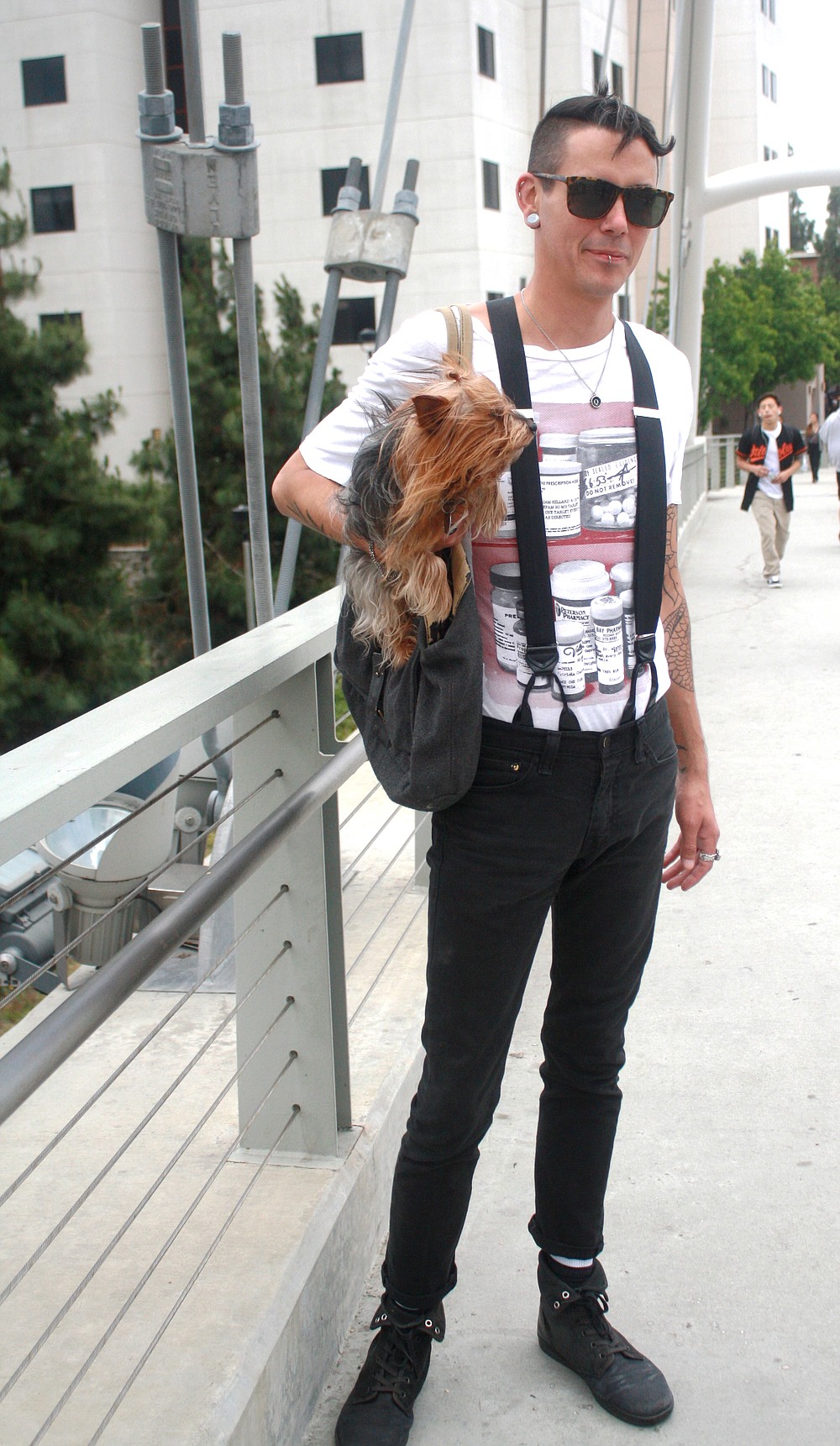 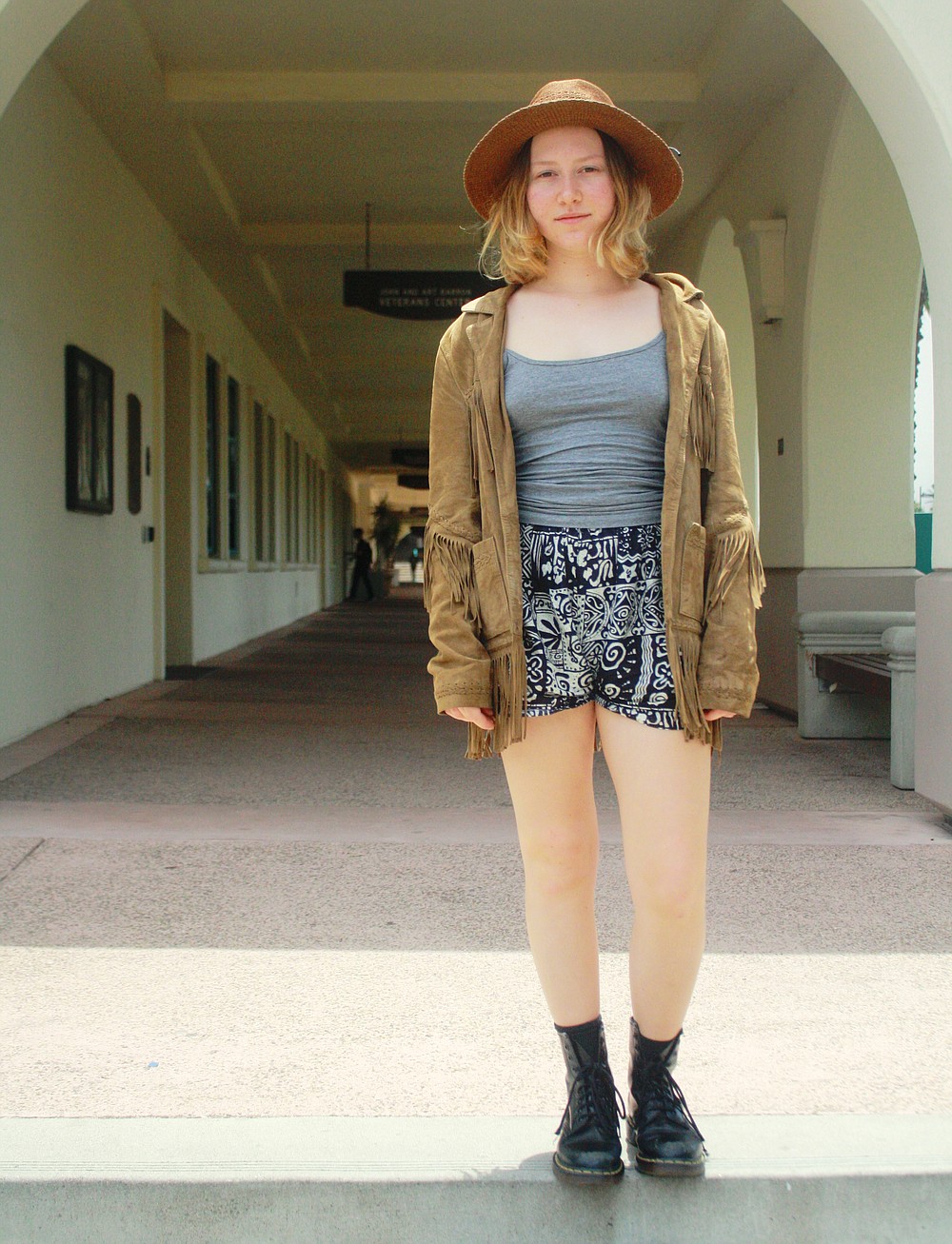 Fashion always recycles itself as evidenced by the proliferation of high-waisted pants and the return of stonewashed denim. It’s no surprise that the 90s grunge-girl staple — the combat boot — has resurfaced in a big way. At SDSU I found three students with their own unique takes on the combat boot in an ensemble.

"If had a thousand dollars to spend anywhere, I would go to Brandy Melville and Urban Outfitters," she said.

Vaugeois favorite wardrobe item is the dress she has on, from Brandy Melville, and what she calls her "fun pants."

Patrick Yeakey, 31, escorted his Yorkshire terrier around campus for one of the last times. He is graduating in a few days with a nursing degree. Yeakey wore the canvas version of the traditional Doc Marten.

“Everything I am wearing is from the new Thrift Trader in Hillcrest that opened up by my house. I do a lot of thrifting,” said Yeakey.

Siena Riley paired a Topshop fringed leather jacket with authentic Doc Martens. The 19-year-old is an interdisciplinary major. “I study art, music, and sociology,” she told me. Riley is originally from Los Angeles. When asked what she misses most about home she said, “L.A. has a lot more going on as far as art and music.”

Sure, if you have the patience for insane traffic,fighting your way in and out of crowds in 50+ languages and needing to make $100,000 to enjoy any of that "culture."