Our number-one mission is to win other folks to Christ

Every man needs grace and salvation 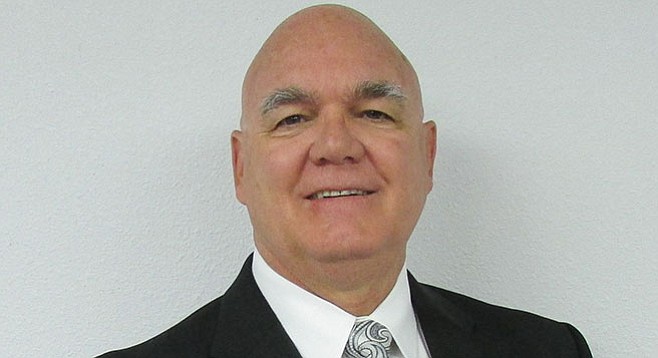 San Diego Reader: What is your favorite subject on which to preach?

Pastor Philip Clark: Grace and salvation. That’s what every man needs — an interpersonal relationship with Christ to be saved. Jesus Christ is the son of God and the Bible teaches that God became man so that he might experience and know the temptations that man faces. After living a sinless life, because he was God, he then became the perfect sacrifice for our sin. Christianity is the only religion where God has offered salvation based on his work and not man’s work.

PC: My main concern is the seemingly swift movement toward establishing a one-world religion where many are sacrificing the tenets of the faith in exchange for unity. Therefore, the Bible is no longer our guide. In the areas of music and worship we see that the world is changing the church, instead of the church changing the world, for the better. The preaching of the word is no longer the main emphasis of many churches today. It is entertainment instead. We are emphasizing here the need for reestablishing the worship service where it is more traditional, and I’m also reaching out to fellow pastors to try to create more knowledge in this area. I believe the Bible colleges are now lacking pastoral leadership, and folks who have never pastored are instructing our pastors. Therefore, they’re missing the mark.

PC: Baptists believe in sola scriptura — that scripture is the final authority. That’s what we based our beliefs on, not on a code or some kind of conference or meeting. The biggest doctrines for us are, first, baptism by immersion after salvation and, second, eternal security. You can’t lose the salvation that God has given to you.

PC: Our number-one mission is to win other folks to Christ, disciple those we win, and reach out into the world as best we can through missions. We have families sent out by our church in Guatemala, Estonia, and Mexico City, among other places. The missions that come from our church are in those areas. We support in total about 60 missionaries.

SDR: Where is the strangest place you’ve found God?

PC: Siberia, Russia. I took two mission trips there, one in 1999 and another in 2001, and I was shocked to discover that Siberians are identical to us in faith and practice, even though they have never been outside Siberia and under oppression for so many years. I was surprised by how many Christians there were in spite of the persecutions.

PC: I believe what the Bible says: those who receive Christ as their personal savior and repent of their sins will die and go to heaven. That’s what Jesus promised — that he was preparing mansions for us, for those who followed him. Then, if you don’t receive Christ, the Bible says in Luke 16 that you go to hell, a place of torment and punishment for sin. That’s why I preach the gospel, to get the word out to as many people as possible, so they can choose between heaven and hell.