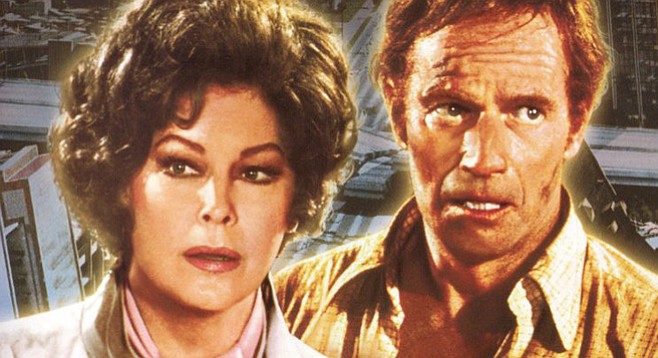 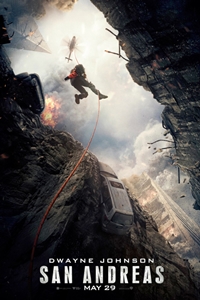 Through no fault of our own, San Andreas wasn’t screened in time to make the Reader's print edition. For those eager to rumble, why not seek out two of Hollywood’s most popular disaster flicks (and unforeseen box-office hits), San Francisco and Earthquake?

San Francisco, released in 1936, was the brainchild of Robert “Hoppy” Hopkins, an MGM gag-man and favorite of then-studio head Irving Thalberg. Hopkins told his pre-quaker tales of a colorful Barbary Coast to fellow San Francisco native and screenwriter Anita Loos, who in turn fashioned them into what became one of MGM’s most durable hits.

The film starred Clark Gable and Spencer Tracy in the first of their three on-screen pairings. (It also marked the first time Tracy would swap his regulation Western Costume Co. duds for a priest’s collar.) Craving a dramatic departure from the successful string of light operettas Metro had previously assigned her to, an insistent Jeanette MacDonald demanded that studio head Louis B. Mayer cast her in the lead. The job of direction went to W.S. “Woody” Van Dyke, a studio hack who earned the nickname “One-Take Woody” for his predisposition toward capturing everything on the first shot, no matter how seismic the consequences. 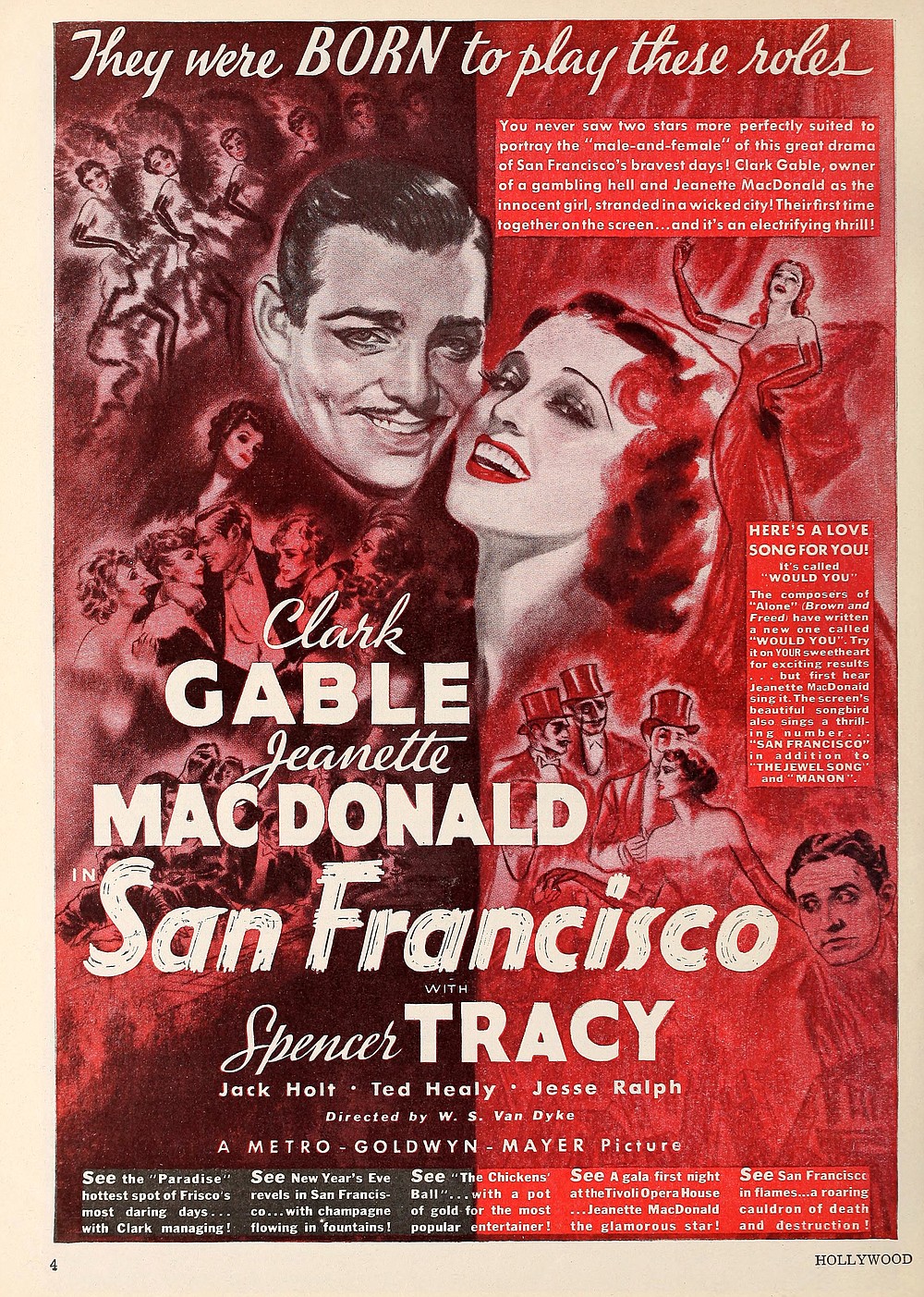 The majority of the 120-minute trembler was filmed on studio soundstages. Not unlike Earthquake, full-scale sets were erected on hydraulic lifts. (This was modified by Universal Pictures in 1974 with the introduction of the “shaker mount,” a device that rattled the camera as opposed to an entire set.) 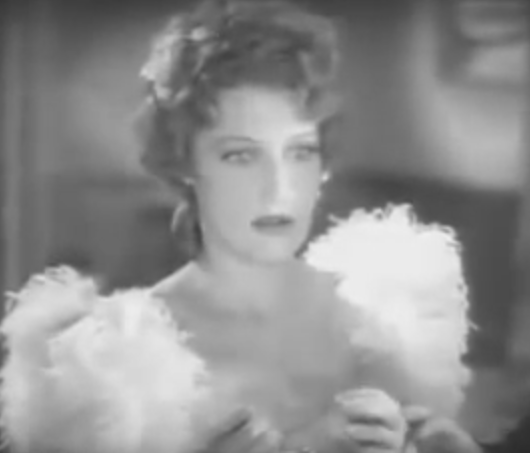 Decades before cinema became instantly downloadable, Hollywood columnist Hedda Hopper wrote of a Los Angeles commercial television screening in 1958 that “clobbered (Ed) Sullivan, (Fred) Allen, and Jack Benny in the ratings.” According to Hopper, the film took 50 days to shoot at a cost of $1,300,000. It became the top box-office draw of the year, with a worldwide gross of $6,340,000.

The singular difference between San Francisco and Earthquake is the amount of screen time afforded the devastation. In the ’30s, MGM thought it wise for audiences to get to know the characters before having a mock city crumble around them. (San Francisco starts rocking a little past the 90-minute mark, while it barely takes five minutes for Earthquake.) Decades later — and despite a galaxy of box office stars including Chuck Heston, Ava Gardner, Lloyd Nolan, and Walter Matthau as an alcoholic pimp — the disaster squad at Universal sold the quake and its accompanying gimmick, Sensurround, as the film’s main attractions.

Sensurround — a process so dopey it could have been sold under the tagline “Hear it without glasses” — basically entailed the installation of a bank of speakers with bass turned up to create a low frequency rumble to accompany and amplify the tremors. When the film opened in Chicago’s ancient United Artists Theatre, patrons were greeted by chunks of ceiling plaster sprinkling atop their popcorn.

An example of Albert Whitlock’s wizardry

From the unadulterated soap opera nature of Mario “The Godfather” Puzo’s script to the sloppy dramatic coverage — the first scene makes it hard to believe the film was directed by Mark Robson, half the editing team Welles’ hired to cut Kane — Earthquake is a disaster in almost every sense of the word. The special effects alternate between what looks to be a blood smear on a microscope slide to sublimely detailed matte paintings by the master of the form, Albert Whitlock, who, along with his team of artists, took home a Special Achievement Oscar for Visual Effects.

Occasionally a quake will occur offscreen, as it did on Sunday, April 4, 2010. What better way to spend an Easter than at the movies, once again watching the Nazis fall from power?

Easter dinner at the Elliotts’ was a yearly tradition. (I’ve phrased it in the past-tense because David and Valerie have since pulled up stakes and moved on to rainier pastures in Oregon.) While the little woman stayed home glazing the ceremonial ham and Peeps casserole, Dave and I sidled over to Landmark’s Hillcrest Cinema. Directed by noted Italian filmmaker, Marco Bellochio (Fist in Pocket, China Is Near), Vincere tells the story of Mussolini’s mistress and her futile battle to get her sex-crazed lover to acknowledge the child they had together.

One hour or so into the feature — and at the precise moment when Il Duce is about to address Hitler’s masses — the house began to pitch, the seats to twitch. And a low-frequency rumble reminiscent of Sensurround nearly put us in a ditch.

Of the 30 or so people in attendance, David and I were seated closest to the screen. After 20 seconds worth of rumbling, a cowardly Elliott rose and made a beeline for the aisle. “This one could be serious,” he said over his shoulder. While smoothing a wrinkle in my brown shirt, I shouted back, “Are you crazy? Mussolini’s talking in Nazi. We’re just getting to the good part. I’m not budging!”

I didn’t. The earthquake hit precisely at 3:40 p.m. The auditorium waggled for 1:29 seconds and measured 7.2 on the moment magnitude scale. (There’s never a Richter around when you need one.) In retrospect, I probably should have died that day. For a guy like me, there isn’t a more proper send-off than being crushed to death in a movie theater earthquake. 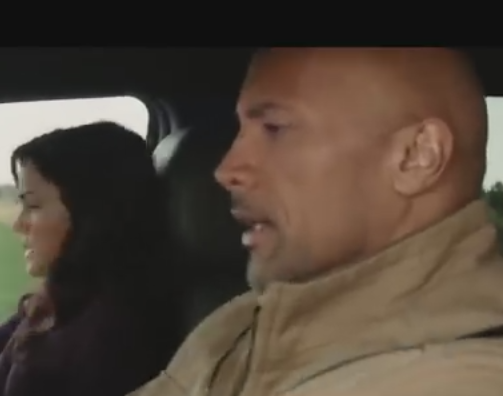 On a similar note, Hillcrest regulars may have felt something akin to an earthquake on more than one occasion. Many times, and in different auditoriums, I have experienced what feels like a mini-quake. For years, I had myself convinced that the quavering was the result of a bus or flatbed truck rumbling down 5th Ave.

Once while grabbing a smoke before a movie, I mentioned this phenomena to a friend. A Landmark employee seated on the bench outside the front door overheard our conversation and began to chuckle.

“You know what I’m talking about?” I asked.

“Sure,” he smiled. “It’s coming from the 24 Hour Fitness exercise classes.”