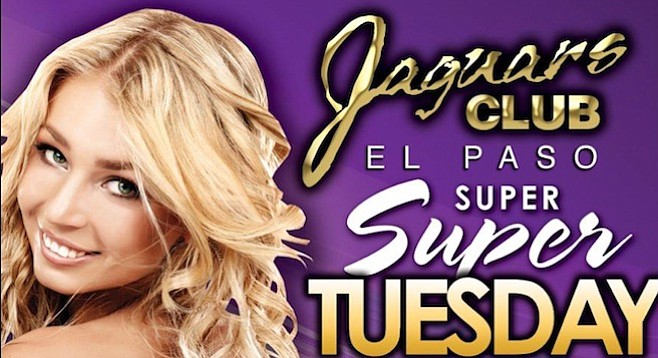 Some members of the military have been running up sizable tabs at gambling establishments and strip clubs across America using their government-issued charge cards, according to a May 19 audit by the Pentagon's office of Inspector General.

Auditors found that the free-spending sailor, "incurred 12 transactions for $1,116 at adult entertainment establishments during his 17 days of travel."

According to the audit, "As a result of the Disciplinary Review Board's finding, the cardholder was required to: complete Travel Card 101 training, sign and date a new statement of understanding for the [charge card], and provide a general military training session to his department and division personnel for proper use of the [card] in accordance with [Pentagon] Directives."

That wasn't the only incident of abuse.

"Four of the seven cardholders reviewed had [government charge card] transactions at several adult entertainment establishments, including: Dreams Cabaret for $308; Vegas Showgirls for $2,100; Larry Flynt's Hustler Club for $1,614; and Sapphire Gentlemen's Club for $4,686."

In another case, "An Army Reserve sergeant first class with the 416th Civil Affairs Battalion abused the [charge card] at Pechanga Resort and Casino in Temecula, California, which was only 8.6 miles from his residence."

Noted the audit: "Army officials took management action against the cardholder after we informed them of the transactions. A commander's inquiry determined that the cardholder would receive a letter of reprimand."

In another finding, auditors said, "A Defense Logistics Agency civilian employee used the [card] 29 times between October 2012 and September 2014 to obtain nearly $5,000 in cash while not in travel status. Of the 29 transactions, the cardholder had 19 transactions at Maryland Live! Casino in Hanover, Maryland, totaling $3,366. The cardholder also attempted three cash withdrawals that were declined at the casino totaling $402."

After the charges came to light, "management suspended the employee for 3 days without pay after a full review and appeals process," and the staffer overseeing credit card use was relieved of duty.

According to the audit, "From July 1, 2013, through June 30, 2014, [Department of Defense] cardholders had 4,437 transactions totaling $952,258, where they likely used their travel cards at casinos for personal use and had 900 additional transactions for $96,576 at adult entertainment establishments."

The problem, auditors said, is rooted in Pentagon mismanagement and problems with credit card provider Citibank. Pentagon policy "did not specifically identify high-risk merchants or categories for personal use such as in casinos or adult entertainment establishments; and Citibank was not required to notify Agency Program Coordinators or management officials of potential fraudulent activity or suspension of accounts."

Unless changes are made, the report said, "personnel may continue to improperly use their [government charge cards] for personal use at casinos and adult entertainment establishments. Finally, without these controls in place the Department will not be able to identify and hold personnel accountable for misuse of the [cards]."

In an April 20 letter of response to the audit's findings, Harvey Johnson, director of the Defense Travel Management Office, asserted that "Personal use of the individually billed card, while considered misuse, does not result in the payment or loss of U.S. taxpayer dollars given that charges incurred for personal use are not reimbursed to the cardholder; the card holder must pay the cost of unauthorized or personal use transactions 'out of pocket.'"

Replied the auditors: "The overall objective of the audit was to determine whether [Department of Defense] Government travel charge card holders used their card for personal use at casinos or adult entertainment establishments. Therefore, the audit team cannot draw conclusions on the overall personal use of the [credit card] program or the overall strength of the program."

If our red-blooded Navy Seals use their taxpayer-funded credit cards for lap dances and other x-rated forms of entertainment while they're away from hearth and home, all I have to say is, "Thank you for your service, fellas." You can always choose to change your ways with Travel Card 101 Training.

More of the climate of financial abuse in our military culture.