Plus Slow Magic, Prayers, D.O.A., and Growlers in San Diego clubs this weekend 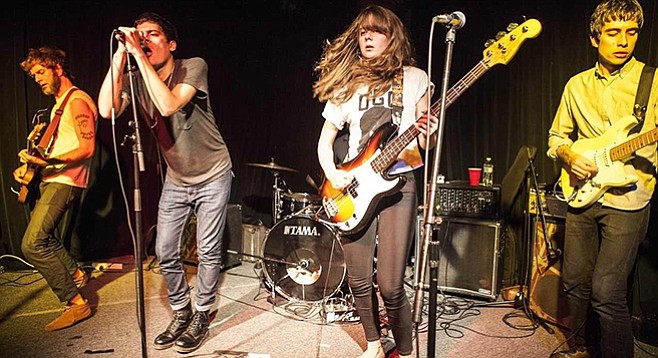 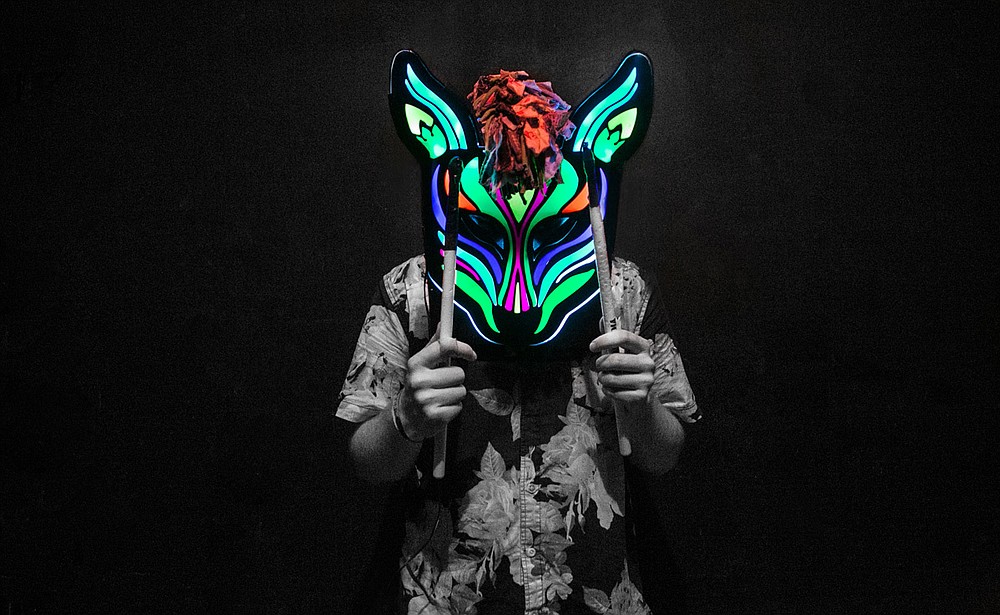 Drummer/DJ Slow Magic will work his sonic wiles at the Loft on Thursday.

Thursday 7
Last year our “mysterious unknown friend” Slow Magic got busy, playing over 100 shows and festivals behind his handmade masks and draped in colorful cloths. The DJ will synthesize his mixes with live drumming in support of his sophomore set, How to Run Away, at the Loft at UCSD Thursday night. Be aware, though, the trick of Slow Magic is that he’s less about the club than the dub, working deep midtempo grooves and cut-and-pasting to repetitive effect, like pop mantras. The dance is between your ears.... L.A. alt-rock act the Mowgli’s (“San Francisco”) are out to tout their new Photo Finish/Republic Records release, Kids in Love. They’ll headline sets at Casbah after Night Riots and Hippo Campus.... Local trio Headphone jacks in at Soda Bar Thursday night. This is a CD-release for their full-length debut, Sector 1, a collection that “blends their interests in everything from classical and jazz to electronic and independent rock.” Social Club and the Wild Fires warm it up. 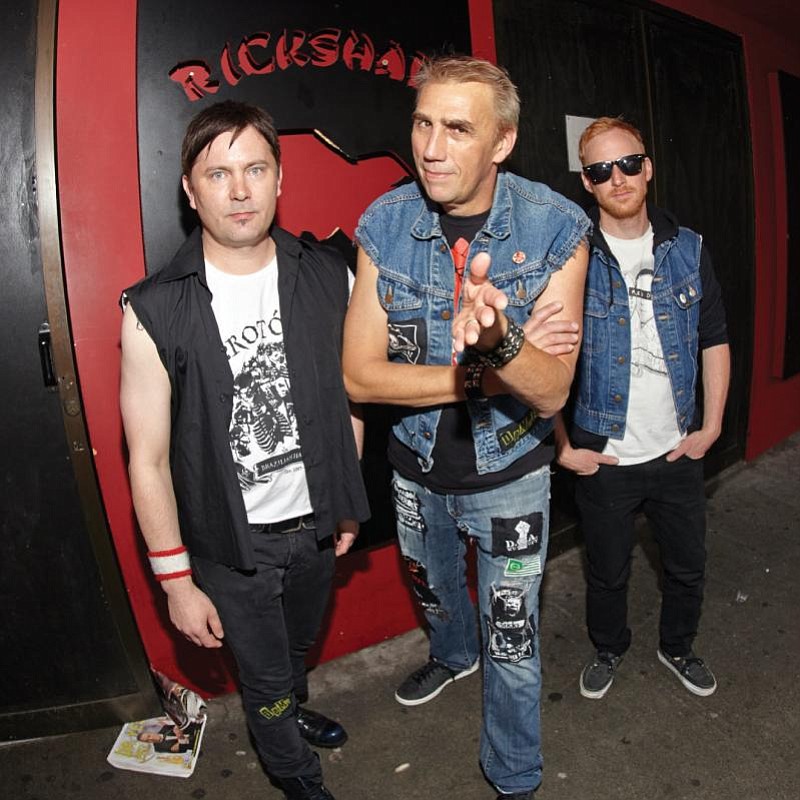 Friday 8
Singer/guitarist Joey Keithley and this year’s version of classic-punk Canada band D.O.A. will play Soda Bar Friday. Considered one of the founders of North American punk’s second wave, hardcore — D.O.A.’s second record was called Hardcore ’81 — Keithley’s been spinning pits and throwing fits under the slogan “Talk–Action=Zero” for going on 40 years. Channel 3, Oddball, and Creeps A.D. will fill this fun punk bill.... Electronic artist Dave Parley and singer/songwriter Rafael Reyes compose the borderland band Prayers. The “cholo-goth” duo lists killwave, occultwave, and shadowave as sonic outlets for their gothic hearts. Dressing the part — biblically bearded and all in black — Prayers take the dais at Brick by Brick after Sound Lupus and Causers.... Best of the rest: Metalachi and Mr. Tube and the Flying Objects will split a Mexicana bill at Casbah, exploring heavy-metal mariachi and Latin dub, respectively...SanFran psych ’n’ soul band Monophonics play Winstons in O.B. after our own Sure Fire Soul Ensemble for a night of funk’d up boogie rock...Celtic folk-punk locals the Downs Family have been “drinking beer and melting faces since...uh, we can’t remember.” The Family visits Bar Pink Friday night...while Lieutenant Facemelter hosts the San Diego Air Guitar Qualifiers at the Merrow. Reader contributors Dryw Keltz and Patrick Henderson will be there judging the proceedings, if you ever wanted to meet those two mooks — or show them your rock-star stance and imaginary fret work. 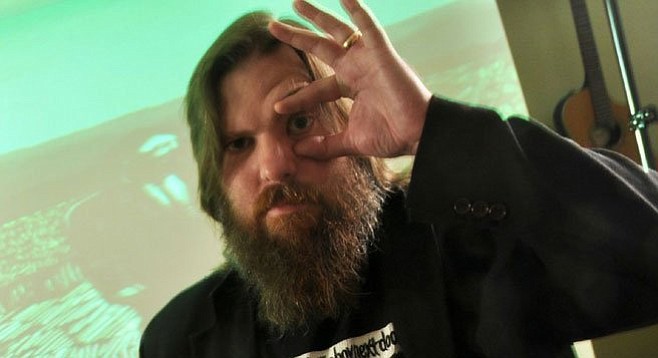 Local indie hit Rob Crow and his Gloomy Place take the stage at Saturday's Bummerfest at the all-ages Irenic.

Saturday 9
I’d be remiss if I didn’t mention that this weekend is the Gator by the Bay thing. All manner of American roots music by top-shelf players and gumbo, baby. Gum. Bo...and there’s another daylight-hours deal going on up at the Irenic, as Bummerfest delights the all-ages stages at the holy place. Bands include Rob Crow’s Gloomy Place, Octagrape, Sledding with Tigers, Big Bad Buffalo, and a bunch more. Check it out: theirenic.com.... Maybe just tuck in at one of those things, which both go till about 10p, because with the Growlers show at the Observatory being sold the fug out — no, I didn’t get tickets, either — Saturday night’s a little thin...you’ve got ten-year-strong conscientious rockers Reason to Rebel playing a record-release show for their new one, This Gun Is Human, at Casbah after Dead Feather Moon and the Mothers Anger. Ken Leighton caught up with Reason to Rebel’s Luke Chandler for this week’s “Reason to challenge” Blurt...and for you rockers up in the rurals, blues-rock slide master Eric Sardinas slings his thing at Ramona’s Mainstage. Fans of the man might want to check out the current issue of Guitar Buyer magazine. Sardinas talks gear, technique, and his beefy touring trio Big Motor.