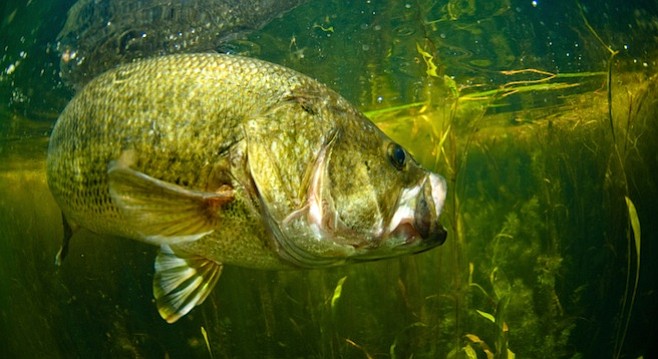 The Barrett Lake opening weekend was a huge success, with the 165 anglers checked catching and releasing 2,565 largemouth bass! That's about 15 per rod.

Not many anglers made it out on the big blue yesterday due to the large south swell putting a bump on it, yet though those that did caught some fish.

As reported by SDFish.com, two yellowfin tuna were caught in U.S. waters this week. The largest one was 44.8 pounds — a nice fish, but a remarkable catch for May. The fish were caught to the west, and within 90 miles of San Diego.

9 anglers aboard the Chubasco II for a 1/2 day am run to the kelp edge caught 1 rockfish, 1 halibut and 52 calico bass. 30 of the 52 calicos were released.

The only boat to the Coronado Islands, the San Diego with 21 anglers aboard, reported 15 yellowtail, 1 sand bass, 6 rockfish and 5 bonito caught.