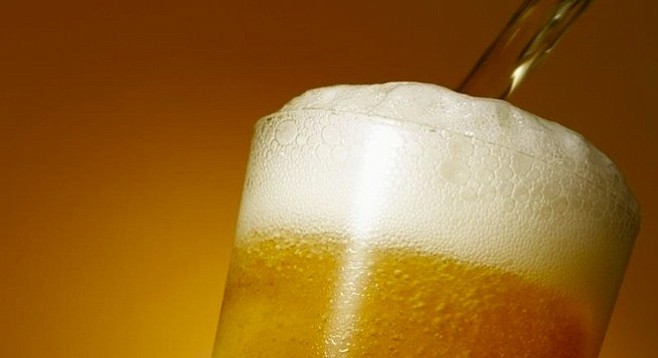 Each year, the Brewers Association releases its list of the country’s top 50 craft-brewing companies based on the previous year’s sales numbers.

Each year that I post the rankings and numbers, comment sections go wild (mostly on social media) with readers scolding the Brewers Association for not including their favorite brewery, believing the likes of Societe Brewing Co., the Lost Abbey, and AleSmith Brewing Company were snubbed despite the fact they produce great beer.

So, I’ll say it again: this list is based on which breweries sold the most beer in 2014. It’s not a popularity contest and it’s not based on number of awards won or how good their triple IPA is.

Escondido-based Stone Brewing Co. continued its ascent, climbing a notch from ten to nine, despite having yet to open new brewing facilities in Richmond, VA, and Berlin, Germany (both figure to be open by year’s end or early 2016).

Meanwhile, Ballast Point fell from 29 to 31 a year after entering the list via the largest climb of any interest on the top 50, and Karl Strauss Brewing Company slipped four notches from 41. Green Flash Brewing Company is celebrating its first year on the list after much growth at their Mira Mesa facility; that growth will continue with the opening of their Virginia Beach facility in 2016.