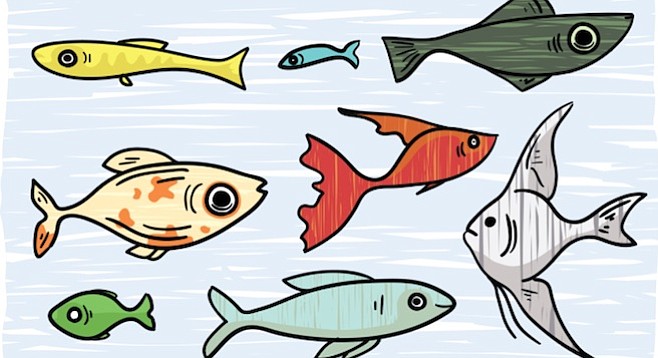 ½ Day - ¾ Day: Rockfish, sculpin and calico bass are the main catch on the ½ day boats. ¾ day trips to the Coronado Islands are still putting up good numbers on the yellows as well as lingcod, rockfish and bonito. Sand Bass, halibut and calicos are starting to show.

1 Day to 2.5 Day: The yellowtail are still a bit slow in the cool water zone south of Ensenada and San Quintin, though the rockfish and lingcod are coming in good numbers and with size. There seems to still be a few bluefin tuna on the Cortez Bank for those heading out that way.

Freshwater: Lots of good news in the freshwater as several large bass, catfish and trout have been caught from the area lakes. Bass from 14 to 17 pounds, including 2 potential lake records, have been caught this week at both Skinner and Dixon. Poway produced a 33.2-pound blue catfish and Cuyamaca is putting out some big trout, including a new lake record rainbow at 17.5 pounds. 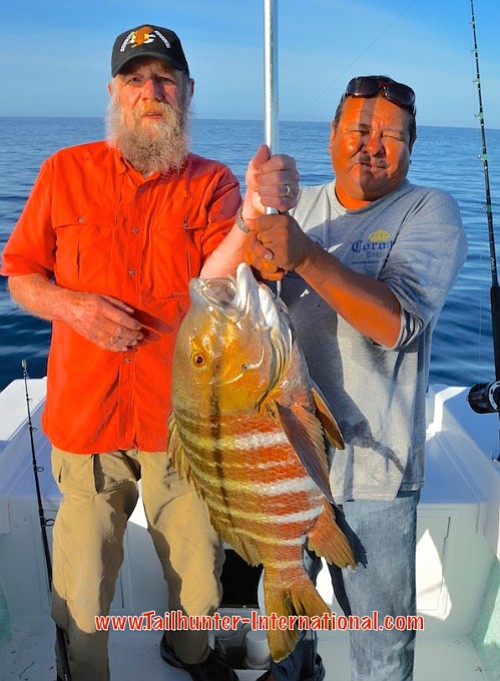 Ron Brown and Captain Boli with a potential record barred pargo. It wasn't weighed, however, though the news is that it was delicious.

There is some really good fishing going on in the La Paz area right now, with wahoo, yellowtail, roosterfish, cabrilla and pargo showing well. Also, there are some good grade yellowfin tuna breezing through the area. Here's a report from friend Jonathan Roldan of Tailhunters International.