Out with the centrifugal, in with the hydraulic 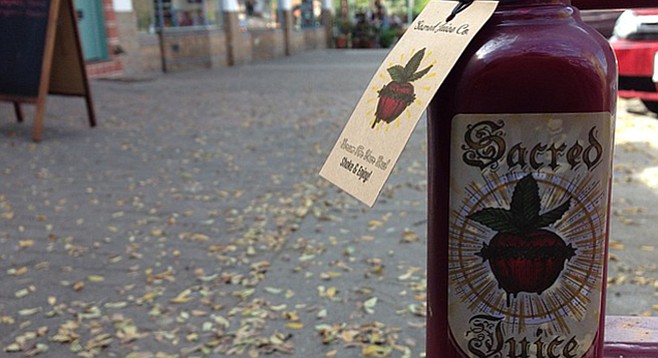 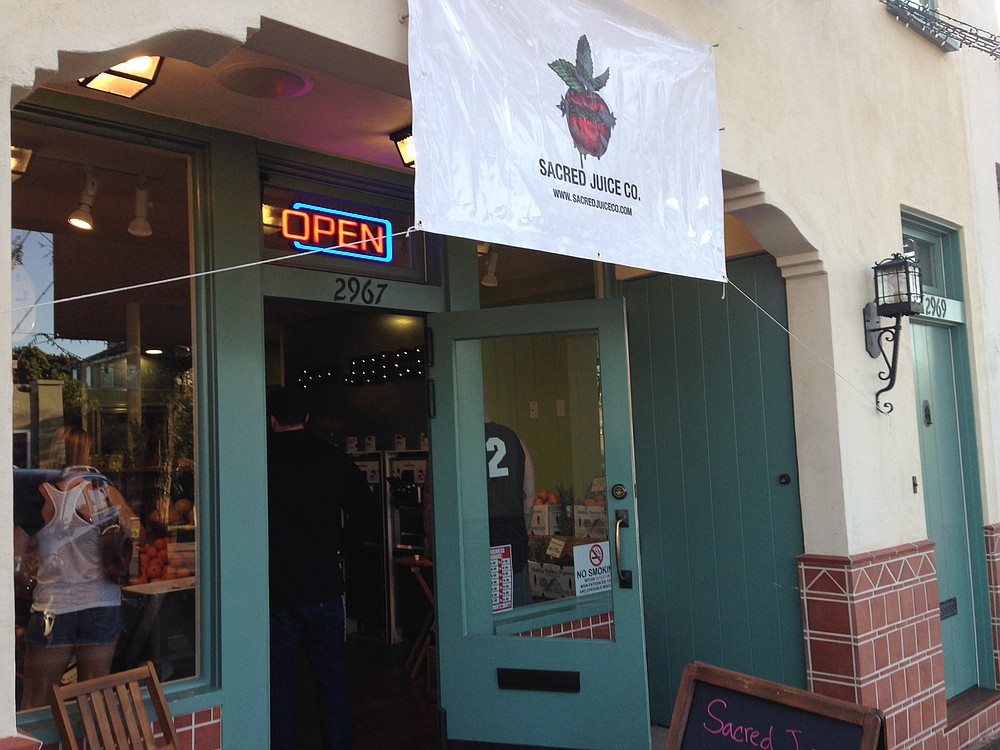 The new storefront, still a work in progress.

I experienced a moment of near-panic last week when the South Park branch of Stehly Farms Market, my favorite (and most convenient) organic produce stand and juice shop, closed unexpectedly. I needn't have worried, it turns out. A day later it reopened as Sacred Juice Co.

Sacred Juice will maintain the selection of organic produce provided via Stehly Farms, so my sudden cravings for fresh heirloom tomatoes, snap peas, or at least six varieties of apple will still be met on a daily basis. Still, there are more changes in line than just the sign above the door.

Number one is the juice selection. Stehly offered a robust lineup of juices and smoothies made in a centrifugal juicer (think fancy blender). Sacred is switching the focus to cold press, the sort of on-trend juice proselytized by everyone in the past couple years who's told you how great they feel thanks to their juice cleanse.

Cold press involves a hydraulic press that uses thousands of pounds of force to squeeze the juice from fruits, vegetables, nuts, ginger what have you. The claim is that the blades of a centrifugal juicer create heat, which kills some enzymes and oxidizes nutrients, diminishing the potential health advantages. Centrifugal juicers are also noisy and less efficient, so high brow foodies have another machine to scorn dismissively. 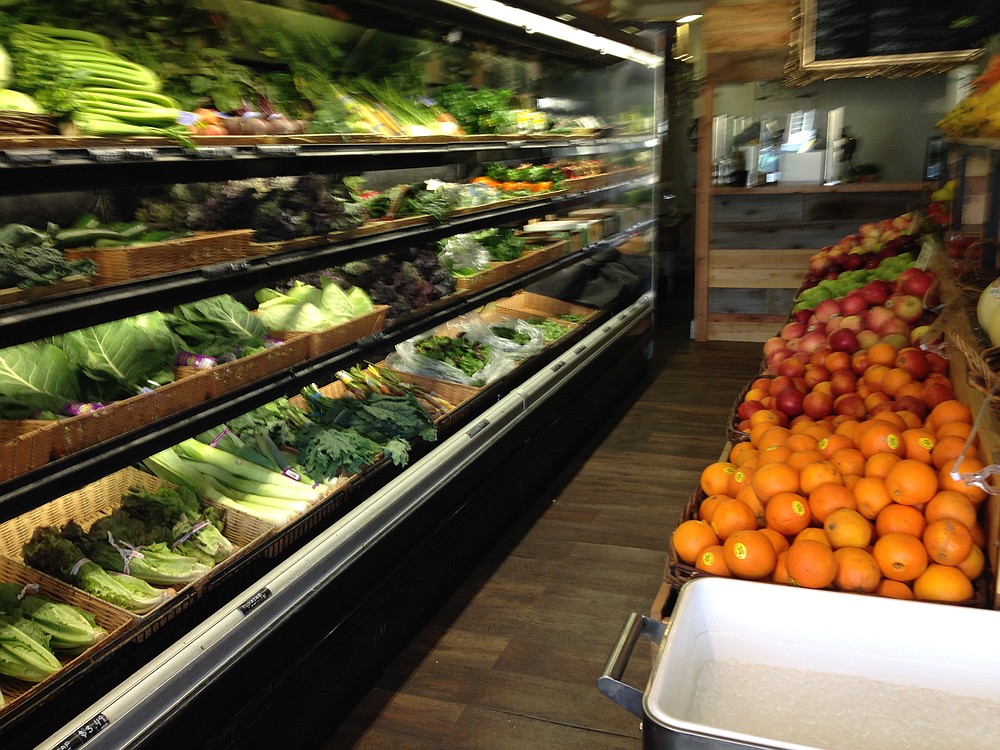 Organic produce everywhere you look in this place.

I picked up a 16-ounce bottle of Sacred's Queen Beet for $9, which contains carrot, orange, and apple in addition to beet. Other options include Virgin Lemon — made with alkaline water and chia seeds — and Holy Kale, which packs in a host of leafy greens in addition to cucumber, apple, carrot, lemon, and ginger.

In addition to being more nutritious, I was told the juice would taste more potent than centrifugal juices. I can say it did taste pretty thick, sweet, and refreshing. How much richer is tough to pinpoint, but I assume I gained some super powers after drinking it. While I'd love to drink such a juice every day, the cost concerns me. For the price of an 8-ounce serving I could get a cup of pour-over coffee, and whether you call it addiction or a professionally supported habit, I'd probably pick the caffeine.

I must concede the cost makes sense when you consider a 16-ounce cold press can contain up to six pounds of produce, and Sacred uses only organic ingredients. Also, at least one of their juices incorporates Dark Horse Coffee cold brew, so some of these mornings maybe I'll skip my cup of hot Ethiopian and drink a little healthier while browsing several varieties of winter squash.