You don't get the tacos, you get the meal

Even the Border Patrol knows the legend of Don Pepe 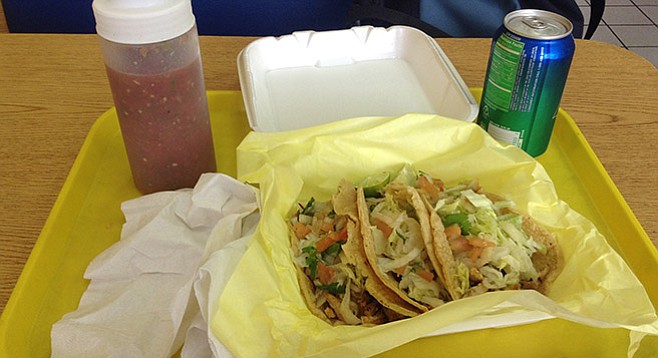 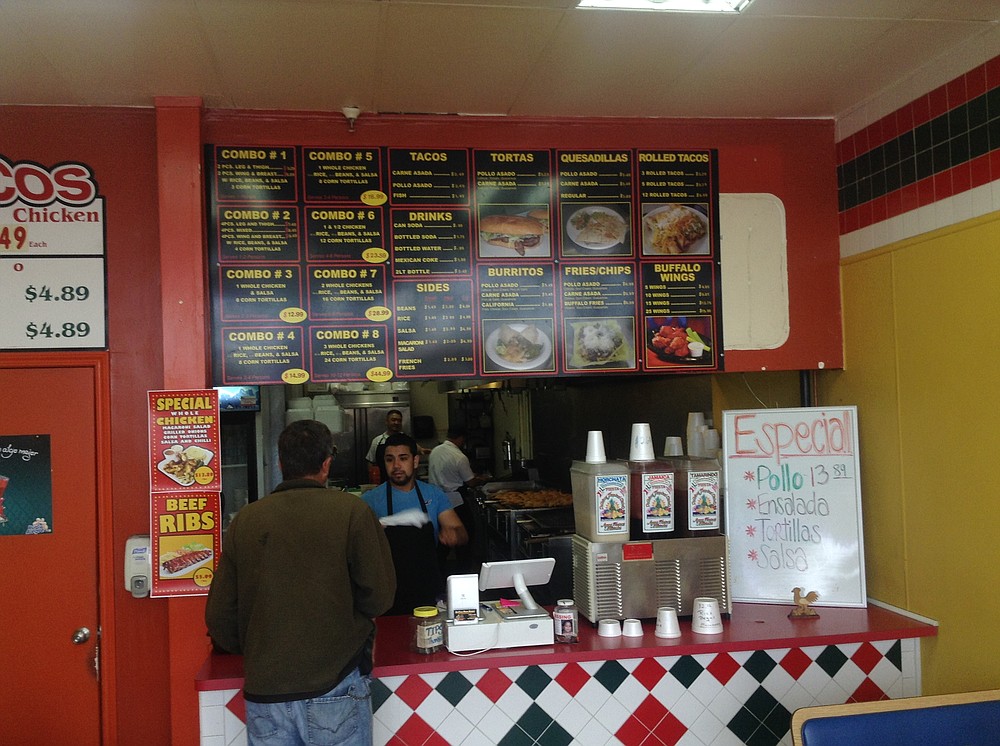 I have resisted the smell of Pollos Don Pepe for about 6 months. I work in the small soccer store next door from the taco shop in the strip mall next to Northgate Market in Otay Mesa. Around lunch hour, the smell of barbecued chicken creeps into my nostrils.

My co-workers rave about Don Pepe's chicken. They have told me stories about how Don Pepe came from Sonora and that he learned the secrets of the grill from his father. That the store then switched to his son, Don Pedro, who rarely shows up to check up on the store. That they have a special permit for their charcoal that only a few restaurants in San Diego can obtain. And that Border Patrol loves the chicken.

I could only confirm the latter, as I see Border Patrol agents going into the taco shop and picking up large orders on a daily basis.

As for the rest, the manager and other workers were reluctant to answer any of my questions about the place. The manager told me he has been working there for around three years and that he guesses the place has been opened for around five years. I inquired about the special charcoal permit, the manager had no idea what I was talking about. I asked about the owners, he replied that they rarely show up. “Don Pepe ya casi nunca viene y Don Pedro viene como uno vez cada dos meses. Preguntale a el, el es pariente de Don Pedro,” the manager told me to ask the grill cook in the back, telling me he is related to Don Pedro. The grill cook just shouted that he didn't know much, not interested in talking. 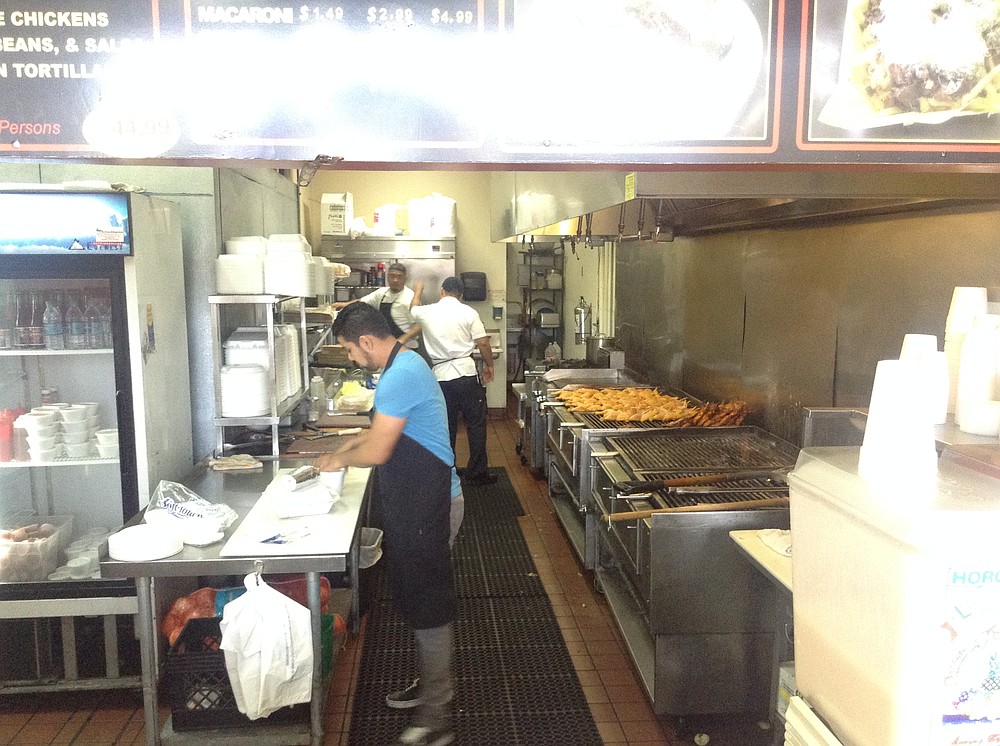 As for my food, I decided on the special of 3 tacos and a soda for $5 (it is normally $2.50 per taco). Though the sign reads “Get any 3 tacos,” and gives the choices of asada, pollo and fish, I was disappointed that I could not get one of each. I settled for tres de pollo and a can of Sprite.

The corn tortillas were bland, not handmade and one taco was already falling apart when they handed me my tray. The tacos had a flavorless simple salad topping, instead of straight up cilantro and onions like I expected. The red salsa was almost a liquid pico de gallo with extra lime, and I tasted very little spice in it. The chicken, however, was perfect. I enjoyed eating the pieces of chicken that fell from my taco more than the rest of the meal.

I told one of my co-workers about my experience. “Duh! You don't get the tacos there, I always get the chicken meal with rice and beans,” she said.