There is a will for the Bayshore Bikeway 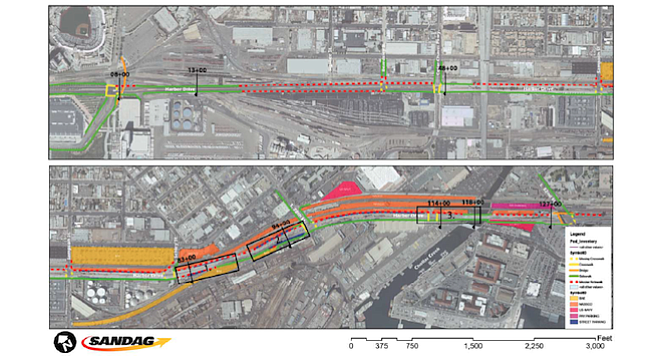 The Bayshore Bikeway — 24 miles of bike path from the Coronado Ferry Landing, around the bottom of San Diego Bay, and up the east side to the piers north of Broadway where the ferry docks — still has two tough areas for bicyclists: the heavily industrial Barrio Logan and the Salt Ponds at the south end of Chula Vista. 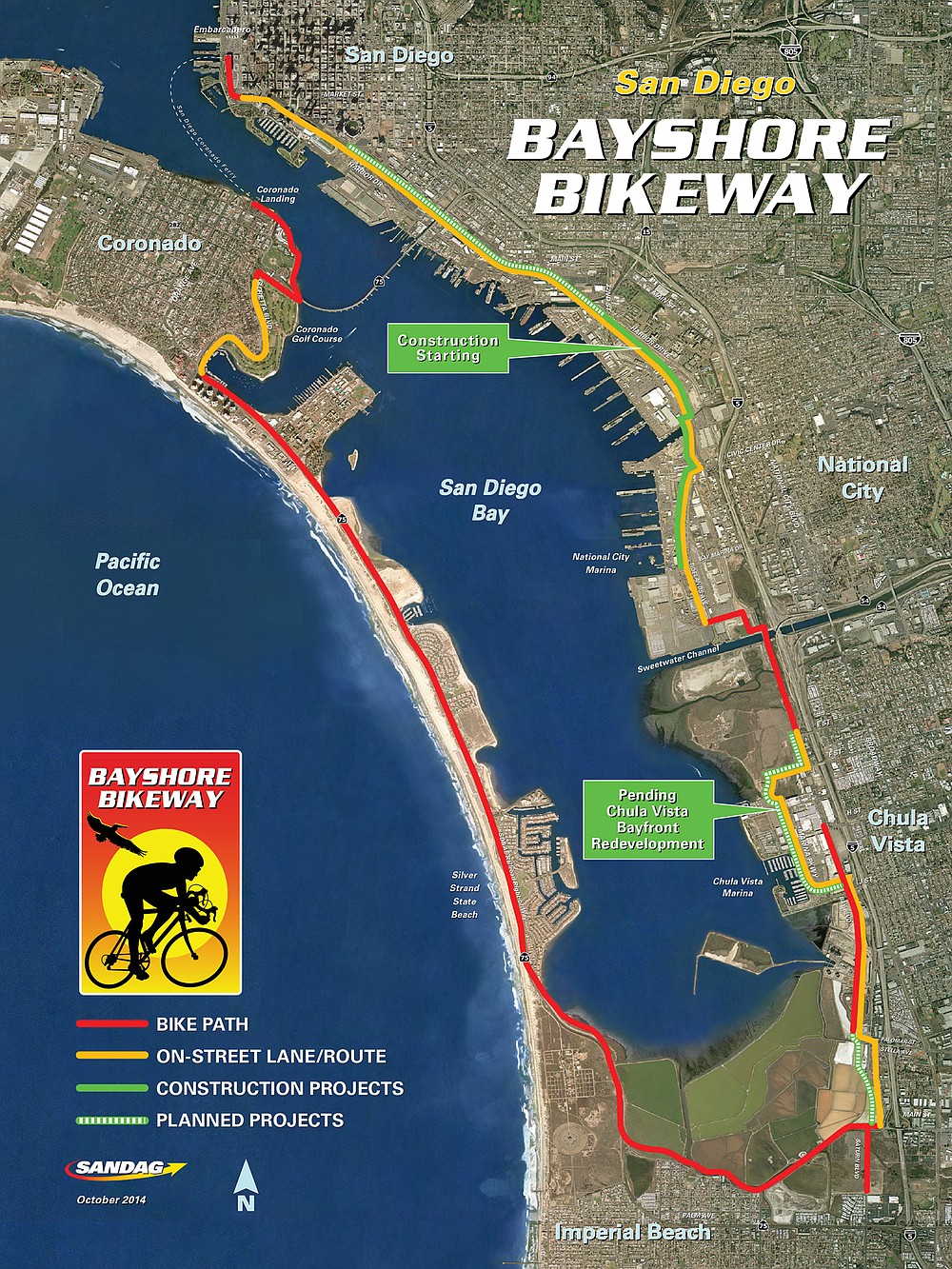 A work-in-progress, the bikeway’s planning and building has entailed collecting funding and connecting segments one mile at a time. So, planners at the San Diego Association of Governments see the latest concerns as challenges rather than roadblocks.

"We are at a standstill on the Chula Vista segment from Palomar Street south to Main Street," planner Stephan Vance said in a recent interview.

The problems arose from the property owner's change of plans. The designed route ran next to Bay Boulevard as it angled south-southeast through properties owned by the Charles Company. But the company — which also holds the magnesium salts ponds south of there — would like to develop the properties together, and that would put the proposed bike path running diagonally through the development. (Now, the usable segment is on less-scenic city streets and includes navigating uphill and through traffic signals.)

Representatives from the Charles Company attended a meeting last week (March 6) and expressed their commitment to work with planners.

"We love bikeways," a representative said. But the future for the property is uncertain and may include rerouting Bay Boulevard.

A diagonal bike path slashed across the company’s property has the potential to limit the their plans — which are in the initial stages and will require a great deal of review and permitting from several cities and agencies.

County Supervisor Greg Cox remained optimistic that an accommodation could be reached, reminding everyone that the Charles Company had collaborated on the plan in the past and had come to express their desire to have the bikeway — they just don't know where right now.

“I appreciate the working relationship we have built with the Charles Company and we look forward to finding a solution that works for everybody,” Cox said.

Members of the committee asked if it would be a good idea to move the segment west, so it edges on the San Diego Wildlife Refuge, a more scenic and safe route. But U.S. Fish and Wildlife project leader Andy Yuen, who manages the refuge, shut the discussion down.

"I have significant issues with that alternative, so I prefer that [the association of governments] continue to work at the current proposal," he said.

The work in Barrio Logan is still being planned and faces the problems of using existing streets — which means conflicts with cargo trucks and parking spaces on the southern leg.

Construction has begun along Harbor Drive south of 32nd Street, where road widening, eliminating the median, and reconfiguring parking should create enough space for both a bikeway and a bike lane on Harbor for bicyclists who want to move more quickly.

North of 32nd Street, planners are looking at narrower roads and two narrow bridges that may not allow them to wring enough space out for bike lanes without some construction. The planners have been holding meetings with Barrio Logan residents and bikeway enthusiasts to come up with several design options, including a cantilevered bikeway addition to the Harbor Drive bridge over the railroad tracks southeast of the convention center.

Funding for the bikeway has come from many places — including Caltrans, the cities, the association of governments, and the California Coastal Conservancy — and has come up with deadlines and requirements. Delayed construction (for example, waiting for approval from BNSF Railway for the bikeway to cross train tracks) can result in grants expiring. But Vance doesn't despair.

"This is a project that will enhance the region for generations long after we've finished," he said. "We just take it one segment, one challenge at a time and remember that this is a tremendous investment for our future."

In the short run, can the pot holes and cracks be filled in front of the salt mine? This has to be the worst stretch of asphalt south of San Diego.