The 75-pound balsa board 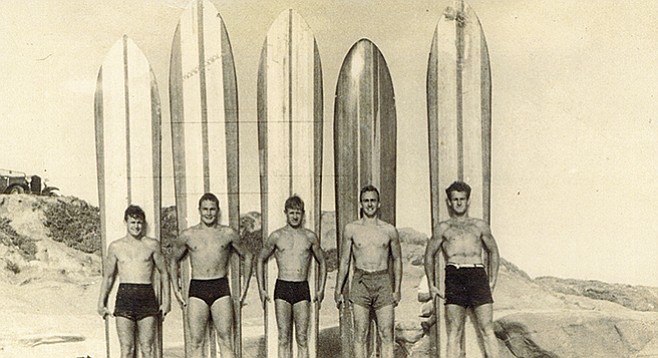 Founded in 1986 at George’s Restaurant in Encinitas Moonlight Plaza, the California Surf Museum has moved several times since. They have been in the Encinitas Promenade Shopping Center, Pacific Beach, in Oceanside just off the Pacific Coast Highway. Their home now is at 312 Pier View Way, Oceanside, where the city has provided space since 1996.

The First 25 Years is a look at where the museum started and its growth since, showcasing special donations, including the popular Plastic Fantastic surfboard seen on American Pickers’ “California Dreamin’” episode and the board ridden by teen Bethany Hamilton when she lost her arm to a shark attack. The attack kept her out of the water for all of three weeks.

One of the founders, Stuart Resor, said, “I got the idea to start preserving our surf history when I saw Woody Ekstrom walking down the beach at Grandview in Leucadia.” Ekstrom used a 75-pound balsa wood board in La Jolla and helped build the palm-covered shack at Windansea.