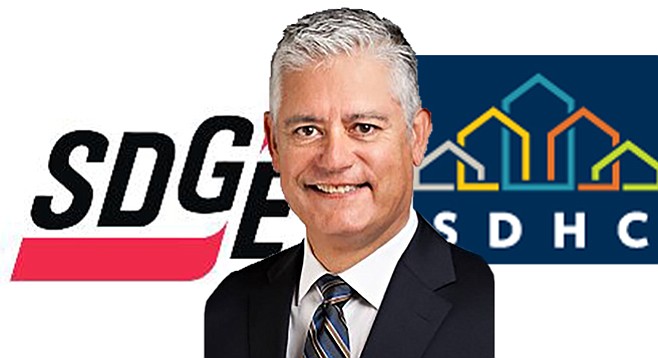 Not mentioned: Urtasun, a onetime port commissioner representing Imperial Beach, lives outside the city limits in a seven-figure Coronado manse. Sempra and SDG&E have been key financial backers of the mayor’s political fortunes, with the company’s employees’ political action committee giving $13,500 to Faulconer’s 2014 mayoral bid, and SDG&E itself coming up with $7695.

On January 8 of last year, Urtasun personally threw a fundraiser for the mayor that raked in $8625, according to city disclosure filings. In April, Sempra gave $10,000 to New Majority San Diego, a Faulconer support group that is “comprised of San Diego’s top business leaders, from various industries, who are highly involved in local, state and federal politics,” according to its website. “With their far-reaching influence in the economic sectors vital to the region, New Majority Members help set the political priorities for each election cycle.”

Residents of Coronado on the San Diego Housing Commission? Is there no rule to prevent this? There oughta be a law.