When one door closes... 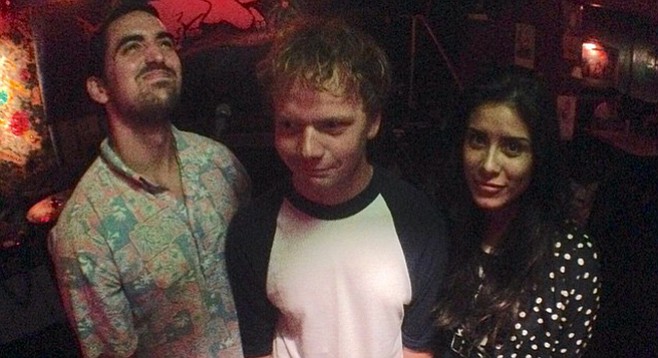 "There’s definitely not enough venues, especially with the closing of the Ché [Café].”

Singer/guitarist Joshua Kmak laments the fact that while the scene is plumping up — thanks in part to garage-rock combos such as his band, Shady Francos, as well as Sandy Cheeks, Groms, and the Beach Goons — the venue options are shrinking. “Kids are hungry for shows and there’s nowhere to go.”

Kmak tells the Reader, “The Ché was like our second home...not cliquey at all. It has a lot of history. My uncle came to see us play, and he said the place hasn’t changed since he played there.”

The latest Ché news is not good. Two UCSD student-government panels, the Associated Students and the Graduate Student Association, recently approved resolutions asking the administration to close the Ché for 18 months. A judge gave UCSD’s administration the right to post an eviction notice, which could be posted at any time. That has led many fans and bands to ask what could replace the Ché?

One answer seems to lie with the Stronghold, a “creative studio and gallery” in Barrio Logan that recently hosted a successful weekend double-header. Friday, February 20, they held a hip-hop event named after Kurt Cobain (honoring his birthday) featuring locals Van Brando, Sloat Dixon, and eight others.

The next night, the “No Friends Fest” hosted seven local bands, including Kmak’s Shady Francos.

“They took in $1300,” says Kmak of the No Friends event. “I’m told after they paid the down payment for the room, they pretty much shared the money between the bands.”

Kmak says there were no problems. “There were a couple of cops outside who made the rounds, but we kept it cool. Somebody said they were parked outside waiting for something to happen. But they left.”

Van Brando says the Stronghold is exactly what the scene needs.

“We were tired of janky shows where the promoter makes you pay to play. Or where they advertise three-dollar beers but then they raise it to five dollars when the music starts.... We like that place. You can see Petco Park from there.”