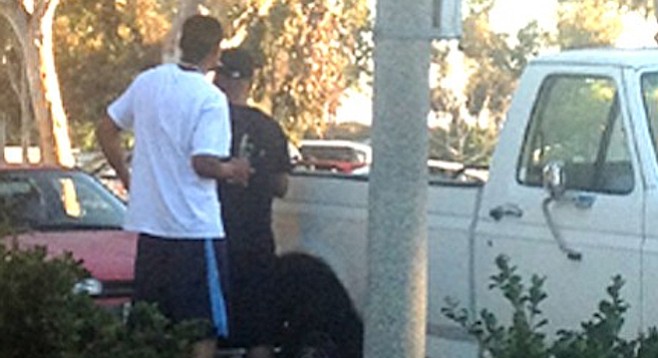 I have witnessed what appears to be cars being cased near Clairemont Village twice within the past week. Friday (June 26) at about 7:30 p.m., I saw two men (perhaps of Middle Eastern ancestry) crane their necks to look into every car they walked past up Cowley Way toward Iroquois Avenue.

The previous Friday (June 19) at 7:30 p.m., I witnessed two Hispanic men standing next to a truck. One of them opened a beer bottle as the other slowly bent down as if to pick up something. They slowly turned around and walked back up the street as they looked into car windows. They didn't try to open car doors as I have seen teenagers do in the past few months.

The men then made a U-turn and walked back toward where I first saw them. As a young couple walked by, my dogs barked. This caused the duo to abruptly change direction. As they disappeared up the street, I saw them continue to look into car windows.

I posted photos on NextDoor.com to alert neighbors before I called the police. Someone claimed they recognized one of the men as a felon/parolee. Other neighbors on the website shared similar experiences from other parts of Clairemont and Bay Park. 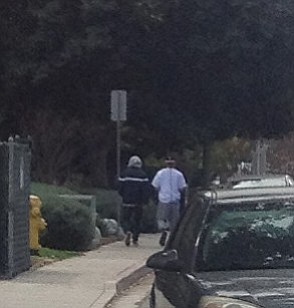 Teenagers seen trying car doors several times before they made their way to Field Street in Clairemont, February 21 at 11:30 a.m.

Regarding the teenagers, a few months ago I was walking my dogs one evening when I saw two high-school-age boys trying to open every car door they passed. I shouted, "Hey! What are you doing?" and they ran away and hid.

Soon after, in the middle of the day, I witnessed eight to ten teenage boys leaning against my mom's car as they smoked and casually talked. As my mom approached them, they ran off in different directions. Not long after this, I saw other boys opening car doors as they walked down the street.