Raise the deck, remove the heads 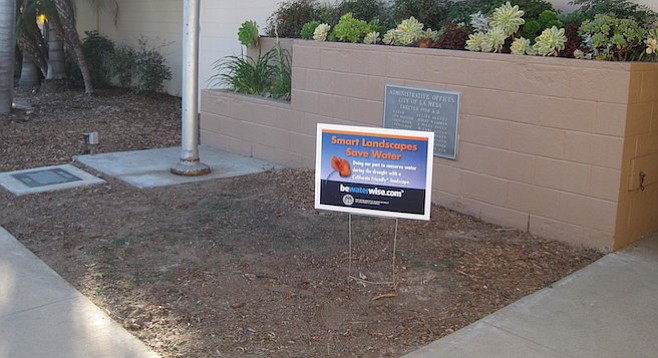 During the past year, the City of La Mesa's water-conservation efforts included removing 351 irrigation heads on Lake Murray Boulevard and Baltimore Drive medians and redirecting spray heads to trees on the medians, according to a report presented at the June 23 La Mesa City Council meeting. The city also removed 91 irrigation heads on Fletcher Parkway and redirected spray heads to trees there.

Public works director Greg Humora said the city was complying with governor Jerry Brown's order not to water grass on medians. "We don't want to kill the trees," he said. 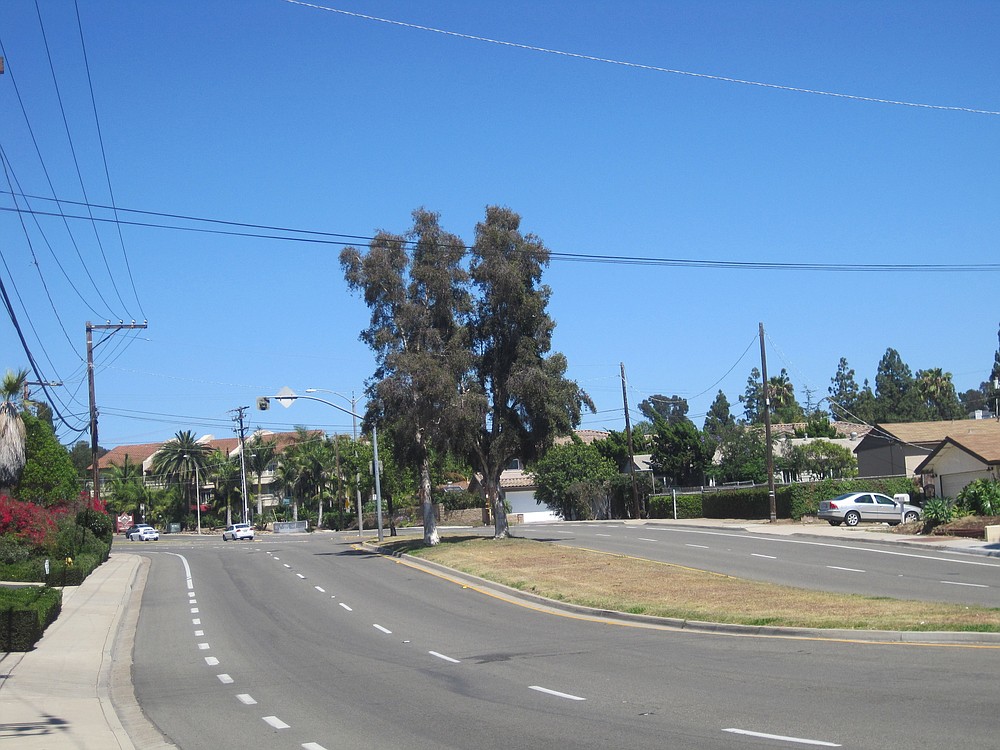 The council also received an update on water restrictions from Carlos Lugo, Helix Water District general manager. Lugo said a 20 percent reduction in water use is mandated for the district that serves cities including La Mesa, Spring Valley, Lemon Grove, and El Cajon. The reduction must occur between June 1, 2015, and February 2016, and Lugo said Helix will work to achieve that goal through public education, increased restrictions and enforcement, and penalties ranging from $100 to $500 for high-water use.

"We received over 725 calls [about] violations and have not issued one fine yet," he said. Residents contacted about violations were "very responsive to our calls."

Humora said La Mesa was complying with the regulation that prohibited watering between 10 a.m. and 6 p.m.; however, the city on June 1 requested a variance of the two-days-per-week watering restriction. The exemption granted by the Helix board on June 8 allows "outdoor watering for all city parks and allows a reasonable amount of system testing any time of the day," according to the report. "While the City requested the variance, it still strives to meet [Helix] goals."

Humora said Calsense "smart irrigation devices" were installed in all parks and newer facilities. The Calsense controllers — part of the Downtown Village Streetscape Improvement Project — shut off when a leak is detected or when it rains. Each device costs $5000.

"We do a few a year and are working on Fletcher Parkway," said Humora. He said there are no smart devices in older areas, such as the medians on Lake Murray Boulevard, Baltimore Drive, and parts of Fletcher Parkway. During the past year, three rain-sensing devices were installed on Baltimore Drive, according to the report. The city installed two sensors on Lake Murray Boulevard, and one in the Acacia Avenue parking lot. 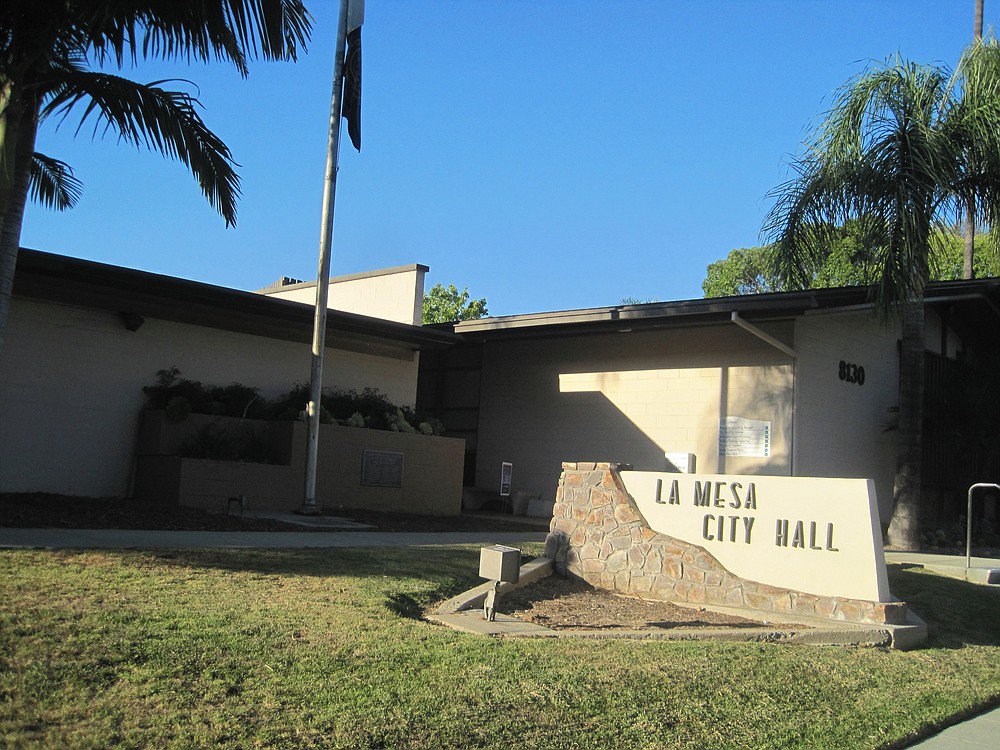 After verification of the growing grass, the lawn will be xeriscaped.

Upcoming action is indicated by the Metropolitan Water District sign located near the flagpole in front of city hall (8130 Allison Avenue). The sign proclaims "Smart Landscapes Save Water," and grass in front of the building will be removed shortly. Humora said in a June 25 interview that the city application for a rebate "is in the queue" for the inspection to verify that grass is growing. The turf will be replaced by xeriscape, succulents, trees, a rock treatment, and potted plants, he said.

While the grass at ball fields is mowed to a height of two inches to ensure safe play, the city adjusted mower deck heights at other locations to three inches to "shade turf root structures."

At the council meeting, planning commissioner Dexter Levy was the only member of the public to speak. The council did not comment on Levy's proposal to schedule a joint meeting of the council and water district, a forum focused on bringing nonpotable water into La Mesa and storing it in tanks.

"Every drop" of nonpotable water used for watering "is water every one of us can use for our potable water," Levy said.