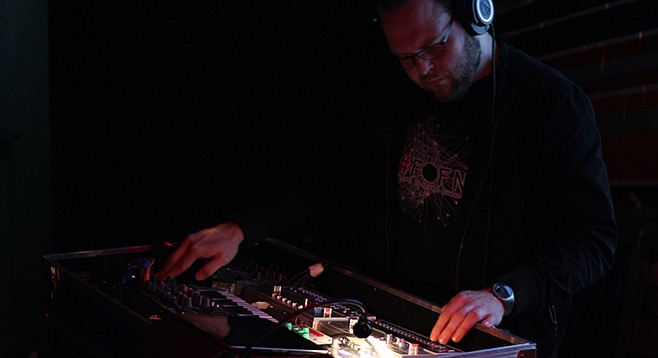 Acid was born in Detroit in the mid ’80s, but it wasn’t until it was embraced by the UK underground a short time later that the genre found its broadest audiences. Acid tracks topped charts and provided the soundtrack for massive parties, which caused so much controversy that a special police task force called Project Alkaline was assembled specifically to shut them down. Sharing its name with one of the more household names in illicit psychoactives, acid was readily stigmatized among parents and banned from radio play.

“Anytime a genre of music is basically outlawed and pushed out like that, it makes my blood boil,” says local acid musician Tyler Detweiler. “Heavy metal, punk rock, and gothic music have also suffered similar treatment in the United States and elsewhere, but never to the extent that acid music had.” 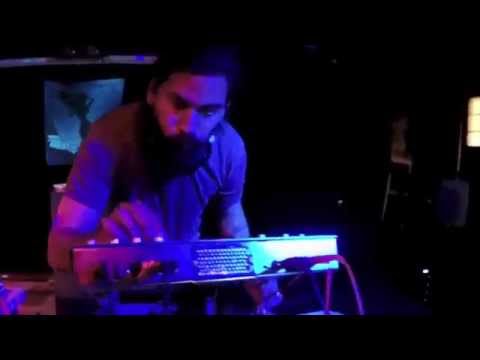 This month, Detweiler hosts the one-year anniversary of San Diego’s first and only all-live, hardware-based acid music night, Acid Varsity. The rotating collective of 20 or so tinkerers meets every third Thursday at the Kava Lounge to celebrate the genre.

“In an artistic sense, acid means musical freedom,” Detweiler (aka MaxBetta) says. “It means that you can be as goofy or serious as you want without the criticism that usually is attached to modern dance music. Acid has always been the dance-music equivalent to the punk-rock mentality, and it’s something that is sorely missed in this scene.”

Chad Deal: Is Acid Varsity the first night of its kind in San Diego?

Tyler Detweiler: “It’s definitely the first acid-oriented event series, but also the first that encompasses live improv performance of dance music on hardware synthesizers (live PA), rather than simply playing back produced tracks (DJ set). Not many people realize the difference yet, but they can feel and hear it. Our acts take a lot of pride in their setups, which are comprised of several machines hooked together to make a little android being of dials and lights that is completely unique to that specific performer. The culmination of those bits of hardware have a signature that only that artist can control and guide and that is what is so unique about Acid Varsity — not the final result but the process it takes to get there, and the atmosphere it creates.”

CD: What is your gear arrangement and how does it compare to a classic acid setup?

TD: “First of all, I don’t believe there is a classic acid setup. It was mainly played by DJs back then and produced in studios with synths recorded live to two channels. This method of working introduces many “happy mistakes” and gives life and soul to the piece of music. Although the purist acid setup is most surely the “Silver Boxes” (i.e., the Roland 303 and 606), it has morphed throughout the ’90s by artists such as Squarepusher, Aphex Twin, and others who stretched the genre to mean something completely new. Part of the acid mentality is the sense that whatever you feel should happen in the track is completely okay, which drives genre purists up the wall. I like to think of acid as “the music critics love to hate” because they cannot simply label it and put it on a shelf in a neat little package. It has a life and mind of its own.”

CD: Does SD have an acid scene?

TD: “I began searching for a venue to host an acid night in San Diego in 2012, and [at that time] absolutely not, there was no scene. Things were very different then in many ways. Hardware synthesizers were esoteric and hard to acquire, and at that time dance music had been polarized and pigeonholed to mean DJ culture and Gaslamp mentality, which I was adamantly against. I began playing out in 2013, performing on my synthesizers at the Kava Lounge, downtown on Kettner. I played in the acid genre then, at an event series that was not geared toward dance music, and wanted desperately to start an all-acid night that would unify a lot of performers that wanted to make people dance silly dances. In 2014, the Kava Lounge took a big chance and gave me a monthly series that brought my dream to fruition, and for the first six months it was very hit-and-miss. We lost them money for sure, but they stuck with me and saw the relevance. Fast forward to a year later and now every month we have upwards of 100 people coming out and dancing their asses off to that acid sound.”