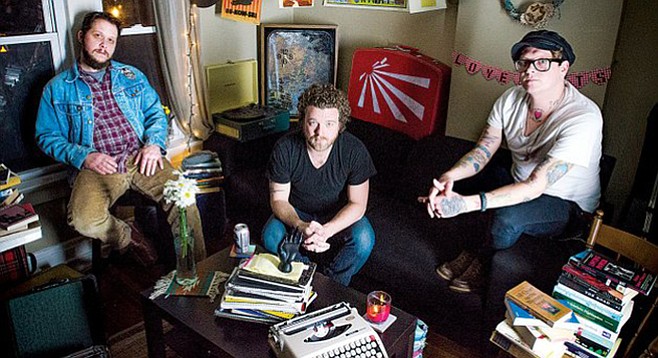 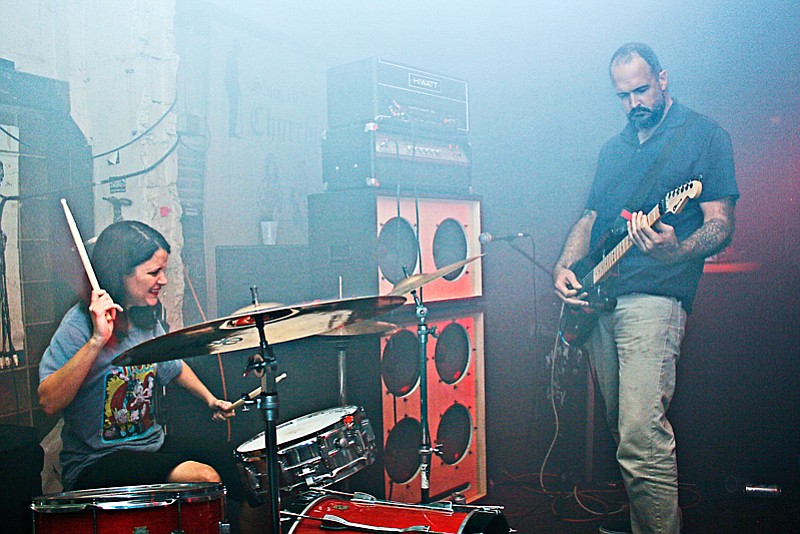 This week's surprise find: from Miami F-L-A, melodic sludge rockers Holly Hunt. The duo opens the show for Mono at Casbah on Sunday.

Sunday 28
Speaking of the rurals, Micah Schnabel of Bucyrus, Ohio, and his Two Cow Garage pull into the Tower Bar Sunday night for a night of rust-belt rock that “takes the twangy melodies of vintage country music and fuses them with a muscular, amped-up attack that recalls Nirvana or Dinosaur Jr. as much as the Jayhawks.” That according to allmusic.com. Clicking the hits off of last year’s Death of the Self-Preservation Society as I type and, yeah, that all sounds about right. More ’Mats than Nirvana or Dinosaur Jr., though, and more Whiskeytown than Jayhawks. But who am I to correct the professionals at allmusic.com? San Diego bands Paperplanes and Western Settings will get it going.... Utterwise: from Nashville, “Country-goddamned-music” makers JP Harris & the Tough Choices join our own country skrunks Jake Loban & the Bender Band at Soda Bar...Japanese post-rock instrumental act Mono brings Rays of Darkness to Casbah after doom-drone Miami band Holly Hunt...Humphreys stages ’80s college-radio acts Smashmouth, Toad the Wet Sprocket, and Tonic by the bay...while Belly Up brings “the first ever punk-rock theater show” to Solana Beach. It’s called Point Break Live, and the production promises to “make your dreams of playing agent Johnny Utah come true.”

Monday 29
This month’s Under Cover at the Office looks like a fun one, as the human jukebox known as San Diego’s rock stock players take on the Ramones. Line-up’s long, but I see Justin Cota and Gary Shuffler on there, Diana Death, Jake Najor, Bart Mendoza, and Saul Q at the decks between sets. Under Cover Mondays are the new Thursday. See you at the Office.... Miss the door in North Park, Casbah’s Anti Monday meet-up stages Seattle sludge-metal band Big Business...while local up-and-coming indie acts Botanica Chango and Le Chateau pull into Whistle Stop for a night of supermelodic songcraft. 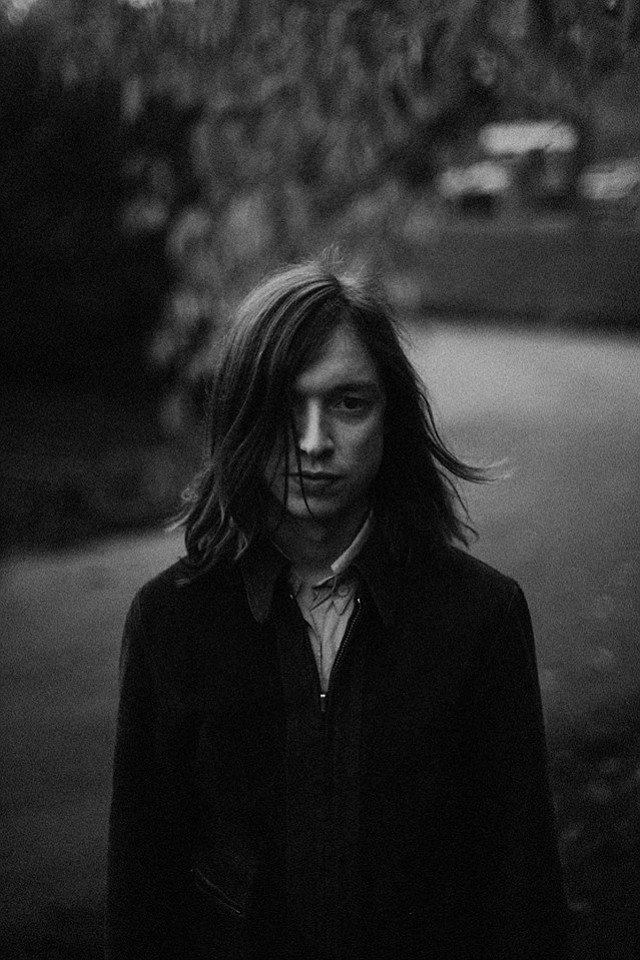 Tuesday 30
Spirited and spiritual Los Angeles band Eagle Rock Gospel Singers will wrap up their month of Tuesdays at Casbah. This week, blues-tuned rock and roll band Mrs. Henry opens the show. Get to Henry’s Soundcloud cover of Nilsson’s “Jump into the Fire.” Wicked pissah.

Wednesday 1
From somewhere near Amsterdam, neo-psychedelic singer/songwriter Jacco Gardner visits Casbah behind his latest record, Hypnophobia, on which the Dutch multi-instrumental wunderkind finds his flair for paisley pastiche. Fans of the Tame Impala brand should def. check this cat out. The dance-pop answer to Father John Misty, Calvin Love, and his Canada band of cohorts open the show. They are touring in support of Love’s Super Future.... And up at the Del Mar Fair, one of the few women with the hard-living, hard-loving (Merle Haggard, Don Johnson, Glenn Campbell) cred to call herself “outlaw country,” Tanya Tucker, will take the midway stage after local openers Cash’d Out and Nena Anderson. I’m over. I’m out.