A roll down the catwalk 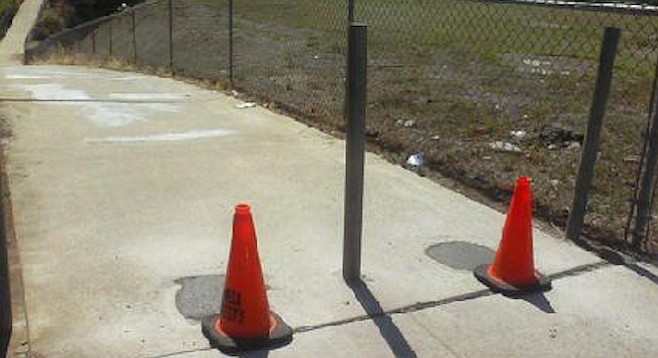 On Thursday (June 18th), a La Mesa walkway running east to west from Tufts Street to Maryland Avenue was made ADA compliant following a family's request to make that walkway wheelchair accessible. After the request, it was discovered that a handicapped person lived on each end of the "catwalk" (what the residents like to call the walkway). 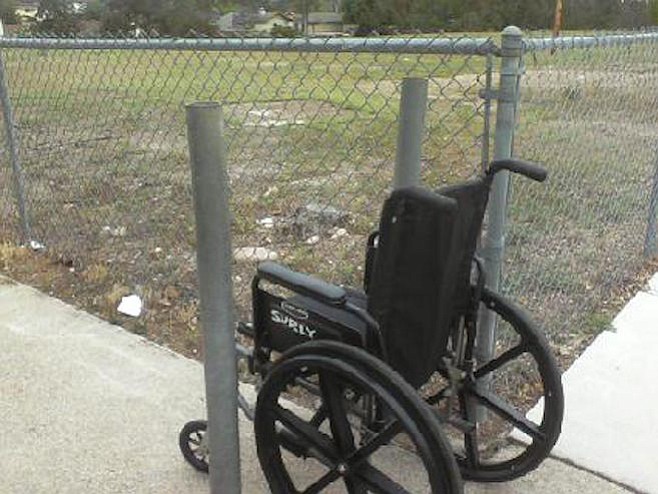 Between 8 and 10 a.m., two of the three posts were removed, eliminating the passage widths from 27 inches to 36 inches, the ADA minimum to enable wheelchair access.

A Tufts Street family made an inquiry to the La Mesa Police Department on June 10th about the possibility of widening the barriers to accommodate their father's wheelchair. Police promptly gave that family the number to the La Mesa Public Works Department.

Kathy Feilen, a traffic engineer with the city, was recommended to address the problem. Feilen had been helpful to a local mom in the past, providing a safer sidewalk for Maryland Avenue Elementary School. She didn't promise a speedy solution but said she would try to update the walkway as soon as she could. When she urged the La Mesa Operations Department to help with the problem, Rick Schumaker put the department into action.

On the west end of the walkway was the Maryland Avenue home of Stashia Patrazalek who complained about the workers' noise. But she had a smile on her face when she saw the accessible walkway for her wheelchair. 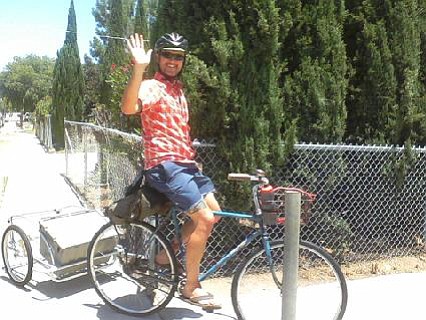 Patrazalek’s son Paul (of Lake Murray Bicycle Repair) said he appreciated his new access to the other side of the neighborhood with his wide bicycle trailer.

Another resident said that the "catwalk" had been there for about 45 years. He said that the barrier posts were originally put in place to prevent cars and motorcycles from driving down the walkway.