Burgers and açaí at Swami’s Café 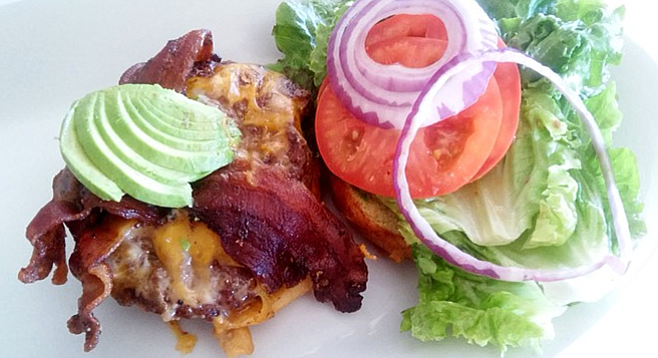 Loud. That was the first thing that came to mind when I walked into Swami’s Café in Oceanside, so I grabbed a menu to peruse on the patio where I snagged a table with a sliver of ocean view.

I have been to the La Mesa location before — one of the multitude of restaurants owned by Jaime Osuna — and it has the same noisy atmosphere set amidst colorful murals and paintings, plenty of big booths, and tables inside and out. 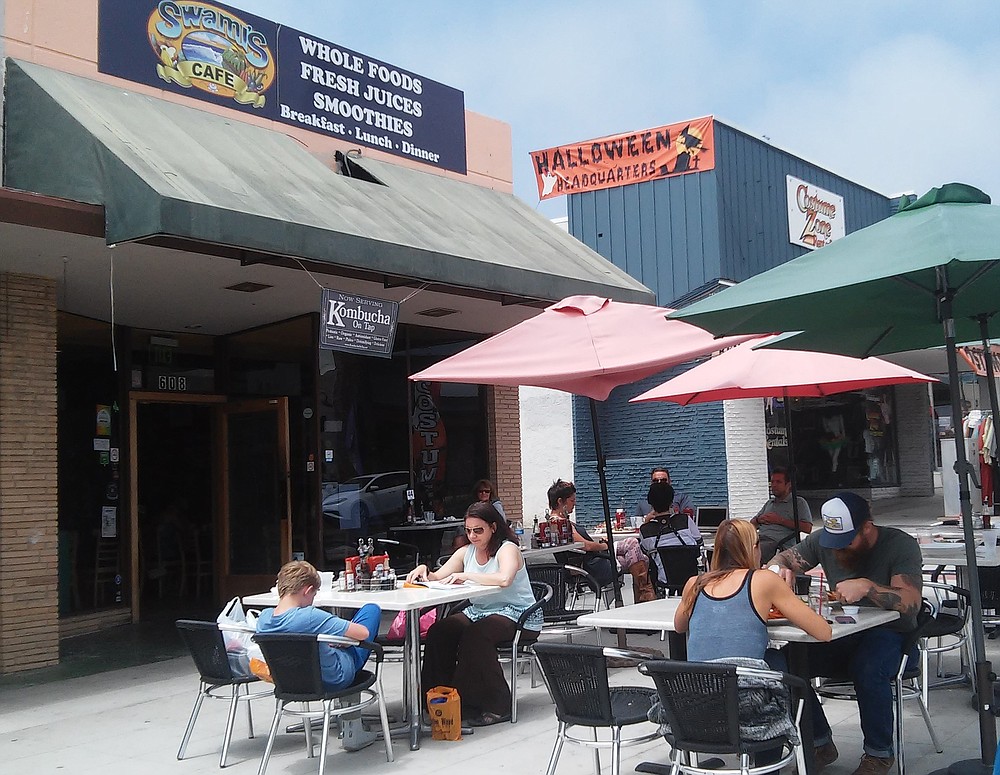 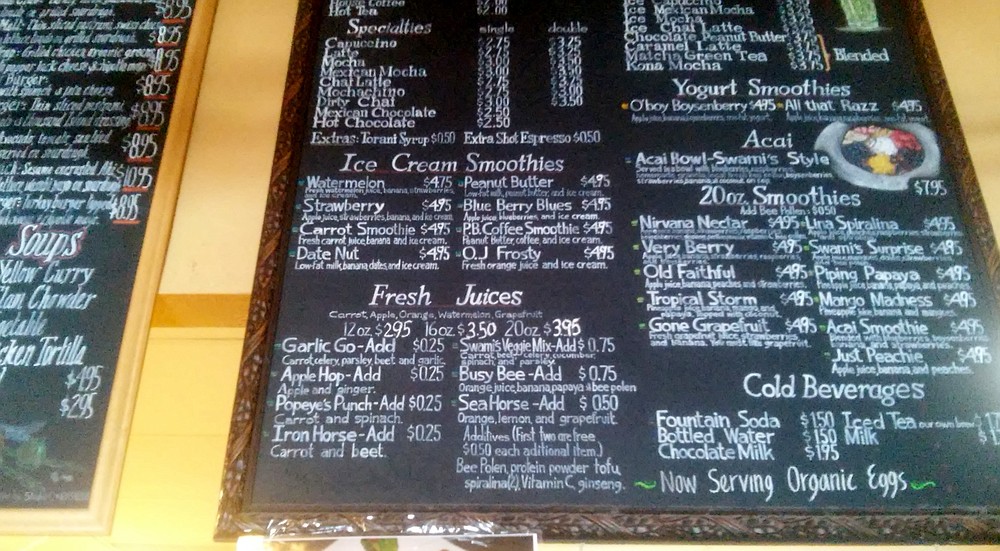 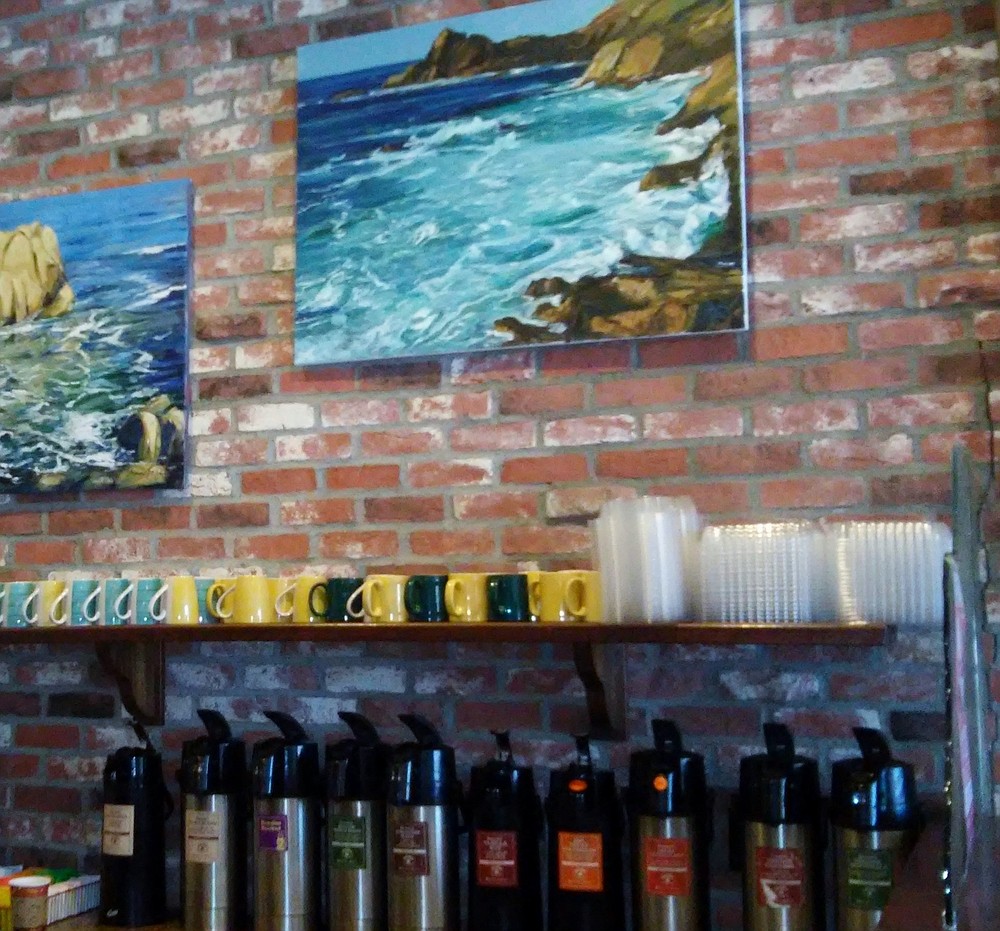 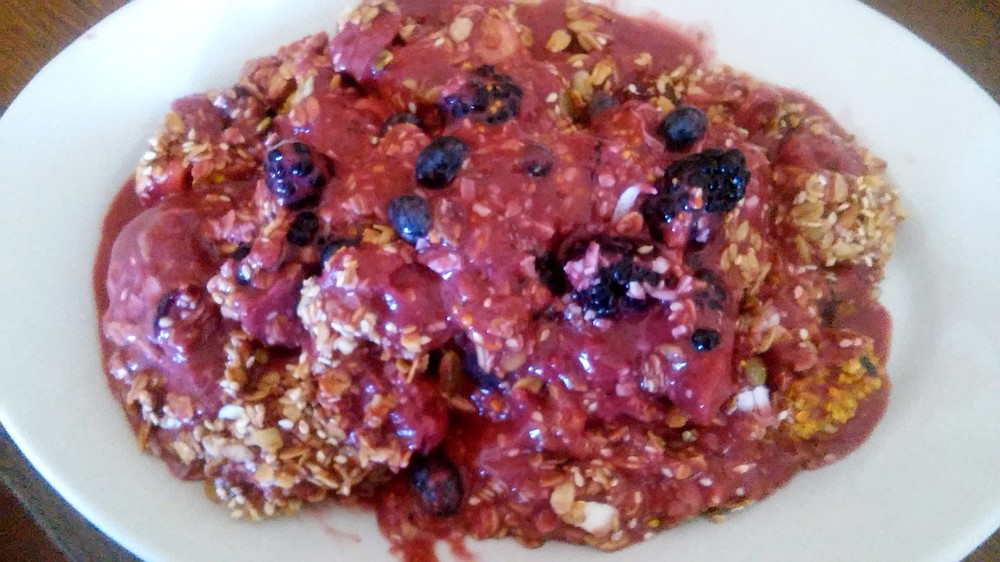 The açaí bowl, a beautiful concoction

Swami’s is famous for American and Californian-Mexican cuisine with an emphasis on vegetarian, but I was in the mood for a burger. I ordered the ABC burger topped with avocado, bacon, and cheese, knowing I would take half of the beast home to my husband. I also decided to be a little healthy, so I ordered the sweet potato fries.

When my daughter arrived she was excited about lunch. “Have you tried the açaí bowl?” she asked. “It’s the bomb.” I Googled açaí bowl on my phone.

The food was delivered quickly. My burger was so tall I had to disassemble it. The onion was sweet, a nice surprise, and the USDA choice beef was a peppery, hand-formed patty and grilled to order: medium and juicy.

The bacon was thick and was cooked just well enough that I could bite into it without turning into bacon bits all over the plate. There was a tad too much iceberg lettuce, so I removed a few layers, and the tomato was plentiful but the two slices added to the other veggies was a little over-the-top and I ended up removing one.

The sesame bun was grilled and large enough to accommodate the over-sized burger with the American cheese that I had requested. The sweet-potato fries looked to be hand-cut and were hot and crispy, making them some of the better fries I have tried. We ate them all. As I guessed, the burger was too large a portion for me to finish, so I boxed it up and took it home.

My daughter’s meal — the açaí bowl, “Swami’s style” — has a reputation for healing powers and was one of the most beautiful concoctions I have ever seen. I took a bite, and it tasted like a crunchy smoothie or decadent dessert. I had never tasted açaí, and the flavor was tart, much like a raspberry. Mixed with banana, house-made granola, bee pollen, and shredded coconut, it looked healthy and tasted sweet.

While the açaí bowl was good, I like a burger for lunch and Swami’s provides both.