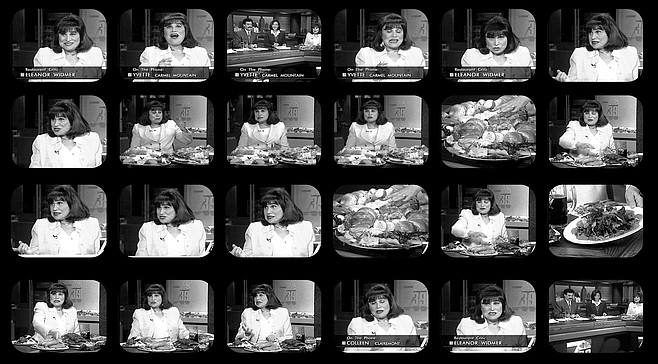 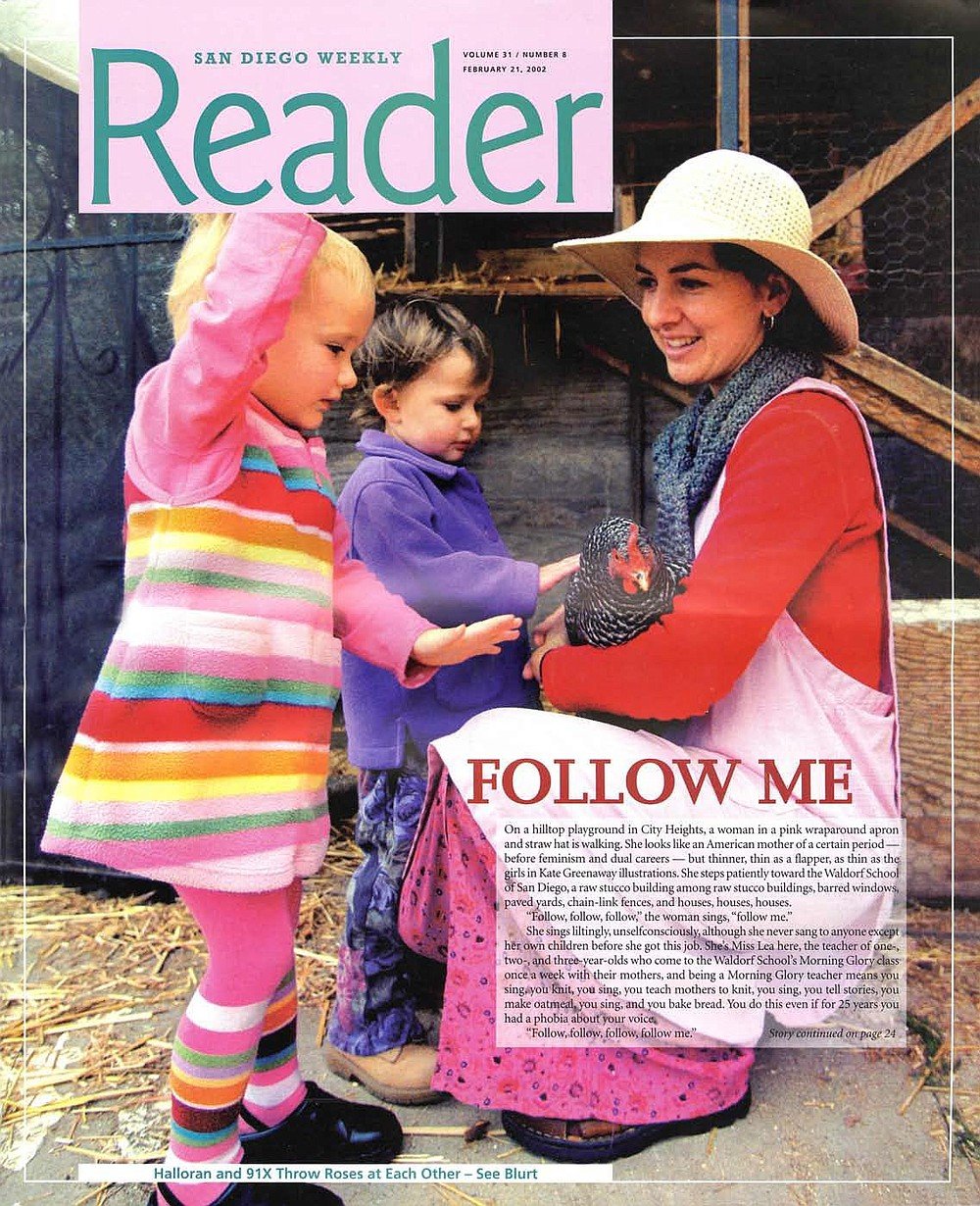 Miss Lea and children. She was a 14-year-old girl riding her bicycle to a housecleaning job. Her parents weren’t religious — her father, in fact, said “atheist” when Lea asked what religion she was — but her grandmother in Illinois talked openly about her conversations with God.

On a hilltop playground in City Heights, a woman in a pink wraparound apron and straw hat is walking. She looks like an American mother of a certain period — before feminism and dual careers — but thinner, thin as a flapper, as thin as the girls in Kate Greenaway illustrations. She steps patiently toward the Waldorf School of San Diego, a raw stucco building among raw stucco buildings, barred windows, paved yards, chain-link fences, and houses, houses, houses. 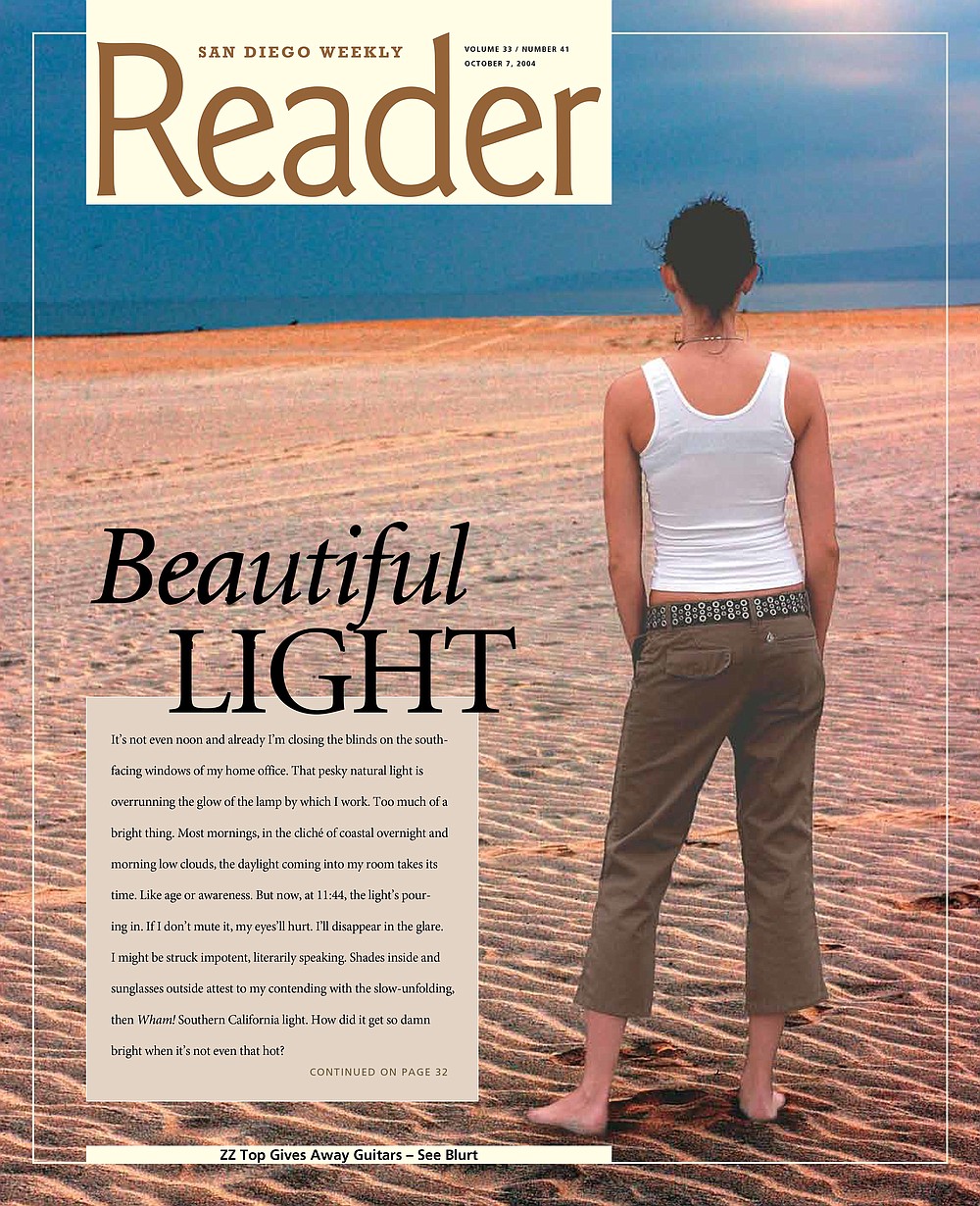 It's not even noon and already I'm closing the blinds on the south-facing windows of my home office. That pesky natural light is overrunning the glow of the lamp by which I work. Too much of a bright thing. Shades inside and sunglasses outside attest to my contending with the slow-unfolding, then Wham! Southern California light. How did it get so damn bright when it's not even that hot? 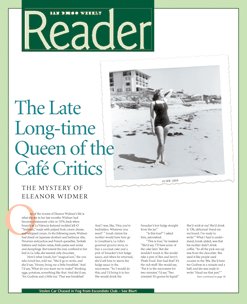 The Late Long-time Queen of the Cafe Critics

A life in food and literature remembered.

Eleanor Widmer had become a restaurant critic in 1974, back when brunch at La Valencia featured molded Jell-O "Seafoam," made with pulped fruit, cream cheese, and whipped cream. In the following years, Widmer had dined on Japanese donburi and barbecue ribs, Peruvian anticuchos and French quenelles, Turkish baklava and Indian raitas, fresh pastas and moles and dumplings. But toward the end, confined to her bed in La Jolla, she wanted only chocolate. 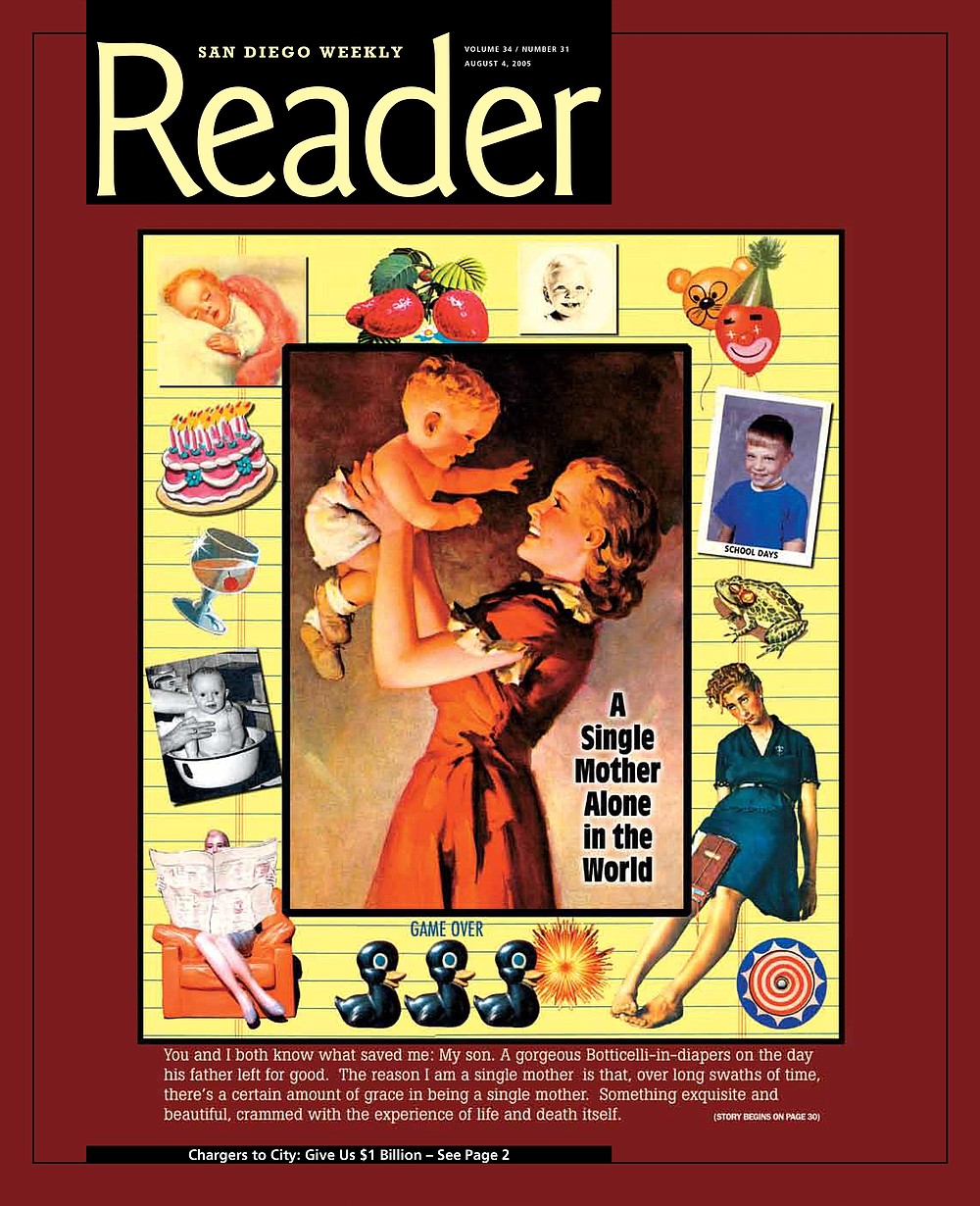 A Single Mother Alone in the World

If the child-support check is late, I let it be. I resent having to beg for anything. I used to be on my ex like white on rice, saying how I needed the child-support money and needed it on time. "I want mah $200!" I'd say, quoting Tatum O'Neal in Paper Moon. 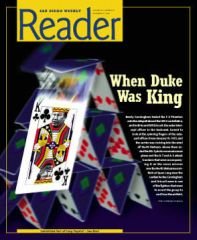 Randy Cunningham in the air over Vietnam

Cunningham and Grant got separated when they realized they'd been pincered between two SAM sites that eventually fired off 18 of the "flying telephone poles" at them. As Cunningham's electronic warning gear indicated a locked-on SAM, he called to his wingman, "Brian, you're on your own!" and then broke hard down to the right. The missile followed. He then pulled up into an eight-G climb, but the missile couldn't make the same turn, and it exploded far below him. 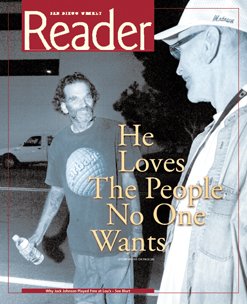 "Here she is, under a bridge -- at route 5 and Imperial Avenue -- and she's cold, she's shivering, and her first thought was that she did not want to take my water out of my nice warm car and deprive me."

He Loves the People No One Wants

“Here I am in my warm car, with a heater and my dog, and I'm about to go home, and here's this homeless man laying in a hole in a building in the freezing rain, yelling out to me that my tire is low.”