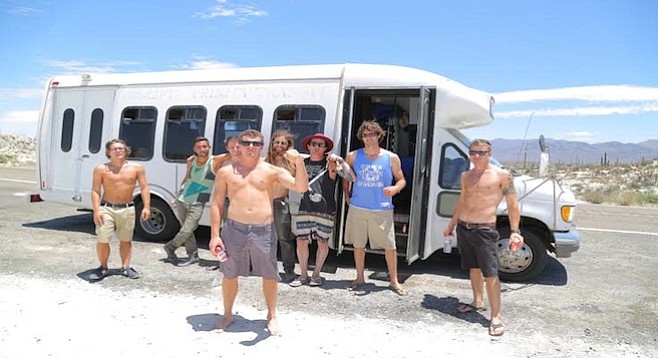 This is how Jonathan Savage’s email begins: “It isn’t often I ask for help with my extra-curricular activities, but I’m in need of a little extra financial push to kick off a fundraising campaign for my latest charity project.” Savage, 34, plays bass guitar (and Flea) in San Diego–based tribute band the Red Not Chili Peppers. “Really,” he writes, “any amount is helpful.” Like 50 bucks, he will later tell the Reader over coffees in La Mesa. “What we’re looking for is money to buy used instruments. That Taylor [Guitars in El Cajon] gave us four guitars is awesome.”

Why? So Savage can donate the instruments to orphanages in Mexico. He’s got a plan already in motion. “You don’t know until you give it a shot, but we’ve been talking, the orphanages and I, and they’ve been into it.” But first, some back story: “I’ve been traveling to Mexico for six years now,” Savage says, “gigging and helping with events.” For example, he just booked a big show for Monterey for July 4. “I can’t remember exactly what their posters say, but it’s something like, ‘Just like the Fourth of July in America.’” 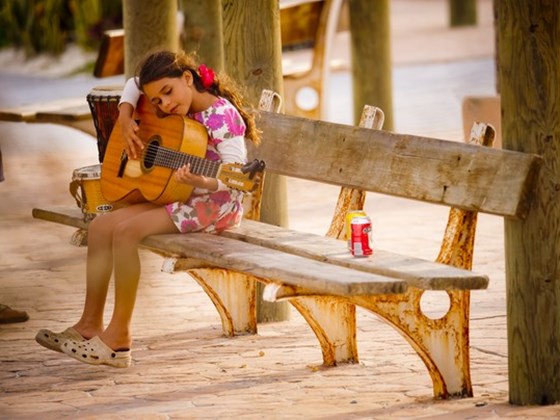 A mini documentary about the annual event

But Caravan to Cabo is the big one that keeps Savage coming back. “Caravan to Cabo,” he emails, “is a project I started last year that initially served to bring six bands and an amateur film crew from Southern California down to a free music festival I produce.” The two-day fest is part of a world-level surf competition in Cabo San Lucas. “I performed there the first year [with the Red Nots] and after, I said you guys need some help with the music. I took over the booking, marketing, scheduling, and so on. I wanted to bring a big California band aspect to the festival.” He’s succeeded. “This year we’ve got Steel Pulse, Donavon Frankenreiter, and more.” The stage, he says, is right on the beach.

“The first year it was just a music festival and a summer party for musicians. We filmed it. It was a free concert for people who couldn’t afford that caliber of music. We have a crew of about 30 musicians, and last year, it was just about bringing them all down to Cabo. This year, we want to give back to the surrounding communities.” He says the bands will stop at four or five orphanages along the way and play acoustic sets with the instruments that they will then donate.

In years past, he says, “We were helped by so many communities on the way down. We’d be stranded by the side of the road, and people would come out and help us. When they’d find out we were musicians, their eyes would light up. The first documentary we filmed is all about that,” he says, “that you’re in better hands in Mexico than you are here.”