These trails are our trails 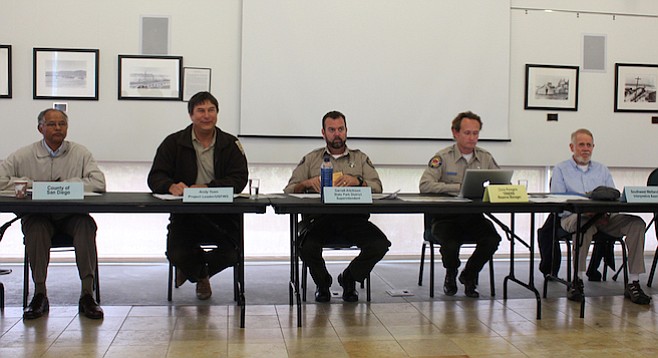 The advisory council — a group of several regulatory entities and government land owners — manages the research reserve. About 5 subcommittees help assist. The “trails subcommittee” is, by far, the most active.

In 2010, the subcommittee created a trail map in an area famous for its endangered western snowy plover and picturesque mesas, but also for flooding, tire trash, and migrant crossings. 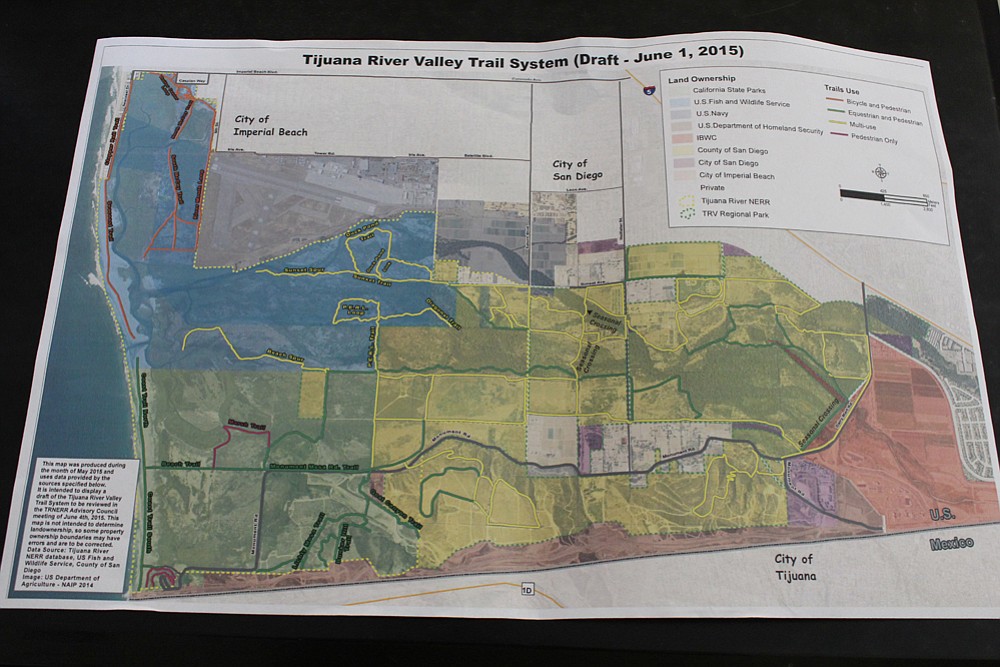 Chris Peregrin, chair of the trail subcommittee, explained that the 2010 map does not reflect the transfer of some lands from county and state park ownership to the Department of Homeland Security, which cut trail lines and barred access to certain areas. The map also does not designate the appropriate use for trails, such as those meant for hikers, horses, or bikers. A new map has been in the works and the meeting specifically sought public comment.

Hiker Marty Graham (also a Reader contributor) said that Richard Nixon established Border Field State Park in 1974 for the primary purpose of outdoor recreation. However, “We see things like entrances that are blocked with telephone poles and meshed webbing.”

A former president of the Tijuana River Valley Equestrian Association, Richard Tynan, asked why the new map did not propose trails to the historic World War II bunkers. He then addressed Border Patrol agents, asking why they continue to close off portions of the land.

“We’re getting pushed off of everything,” he said.

Local agent Craig responded, “I think, really, the biggest difficulty nowadays in this era, this day and age — it’s liability. It’s the big bosses back East. They don’t want to get sued.” 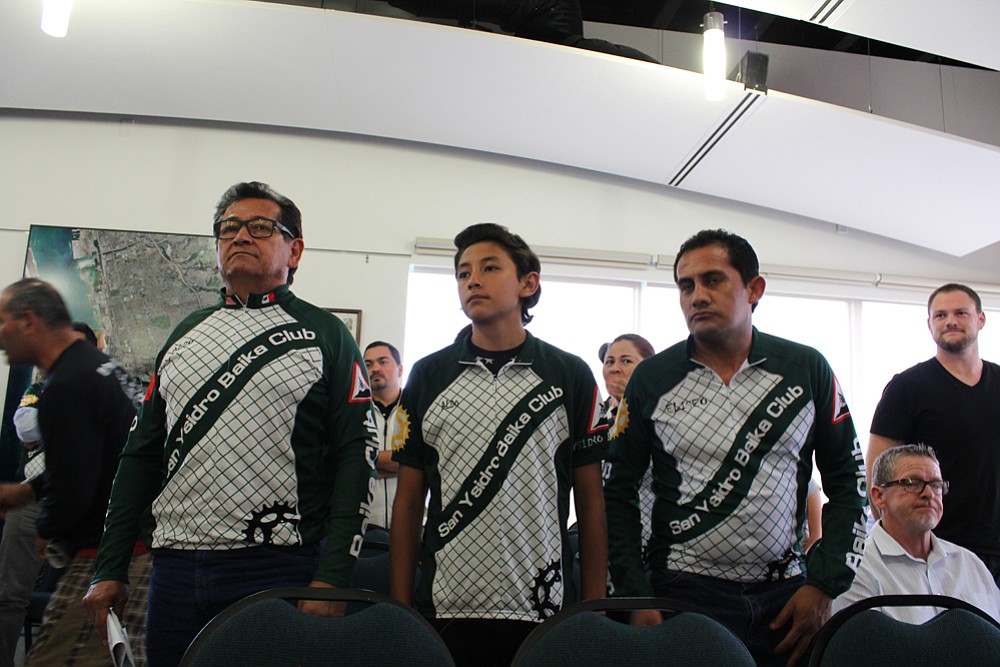 José Galaz of the San Ysidro Baika Club, mountain bikers who ride in the Tijuana River Valley several times a week, explained that out of 71½ miles of unplanned dirt roads, 40 miles will be restored and 22½ miles will be dedicated to trails. “We are very concerned and we’re going to be part of the trail designation. This is all new to us as far as certain trails not allowed for bicycling.”

“The best trails are the ones we cannot ride anymore,” his brother Jorge Galaz said. He wore a T-shirt that announced “Yes I Am,” the answer bikers give to Border Patrol along these trails when they are stopped and asked, “Are you a U.S. citizen?” Galaz noted, “We don’t have any problems with Border Patrols.”

Adrian Celiceo grew up in San Ysidro and has been riding the trails since he was a kid. He told the council that the trails keep people out of trouble. “We need those trails…. By closing these trails, you’re just going to separate a big family we have…. I hear about liability. If I’m gonna crash, it’s my fault. I’m not gonna go sue anybody.”

Janet Herbuck, another member of the river-valley equestrian association, said she hadn’t encountered many bicycles until last summer. “The people on bikes don’t have a clue that they need to be noisy…. When people don’t let you know that they’re coming, the horses react in a very bad way a lot of times. I understand they want to go out on the trails, too, but they have to understand, I think we might have been here first.”

Herbuck also said at least two horse trails had been taken away and others were often dangerous. “We need to have some areas where horses are the exclusive.”

Michael De La Rosa, policy advisor to Greg Cox, was also in attendance. He said, “I want everyone to know that if there’s county-specific issues, I’m here.”