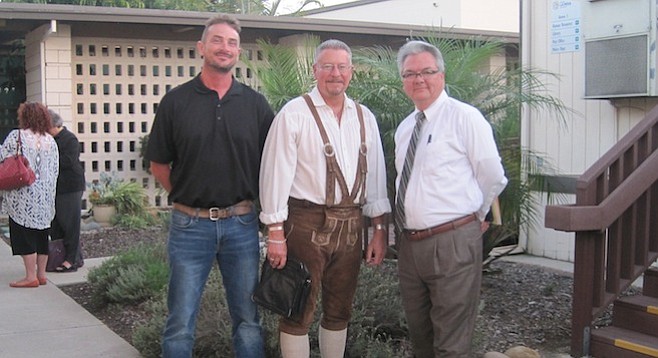 People who enjoy October celebrations featuring a beer garden and entertainment could have two weekends for celebrating in La Mesa. The La Mesa City Council on July 28 voted 4-1 to approve the La Mesa Village Merchants Association's application for a special-event permit to stage the 42nd annual Oktoberfest on October 2 and 3. However, the association must meet deadlines to pay $22,229.92 for 2014 city services and a 25-percent deposit (or $27,400) for 2015. Otherwise, the permit will be denied.

The association permit reflected action taken at the May 26 council meeting. The council re-affirmed city policy of a single applicant for a permit. In the past, the La Mesa Chamber of Commerce partnered with the association to stage Oktoberfest. Chamber participation included running the beer garden in the Allison Avenue municipal parking lot.

The only council meeting next month is on August 11, and the agenda could include the chamber's application for a special-event permit to host a beer garden at Grossmont Center on October 16 and 17.

"We are excited to offer an additional entertainment opportunity for the people of La Mesa and the region," chamber president/CEO Mary England said in a July 30 interview. She said the chamber had participated in the downtown Oktoberfest since 2008. 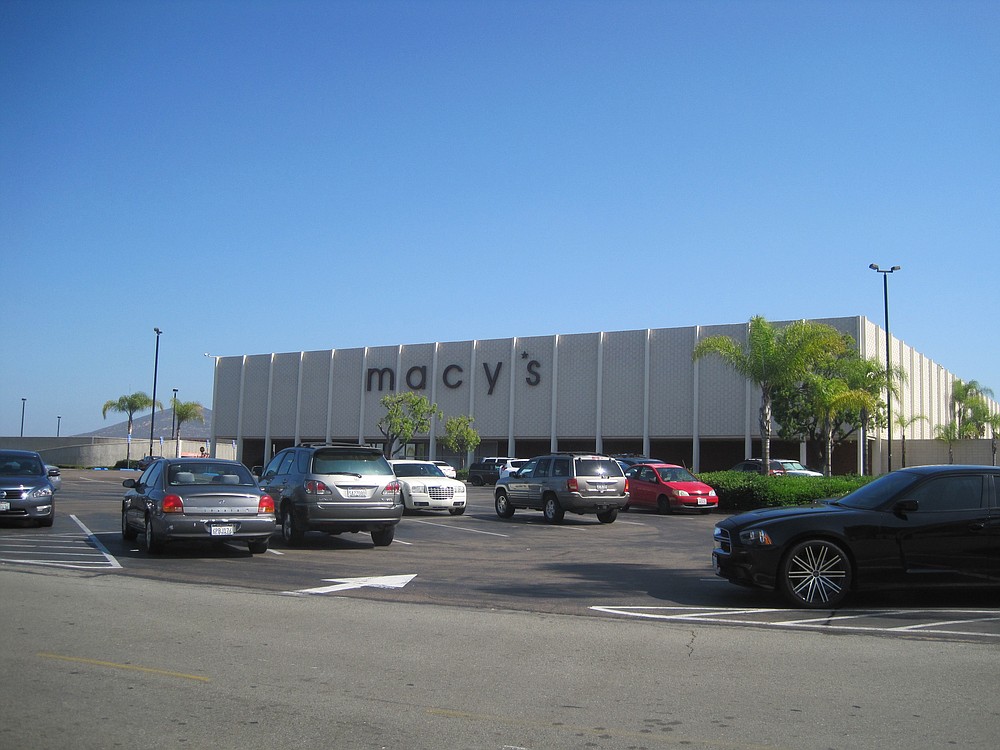 England said Grossmont Center is a chamber member, and the application proposes staging the not-yet-named event on an approximately 35,000-square-foot site in the parking lot outside Macy's Department Store. A fenced beer garden would be erected for a family-friendly event with entertainment. 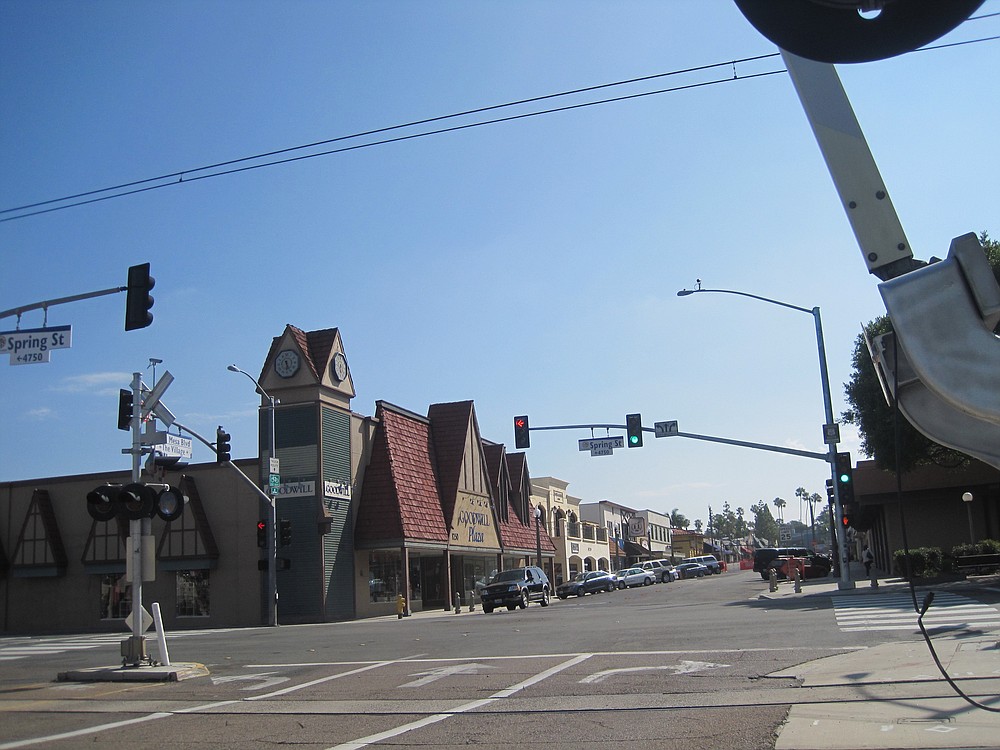 Oktoberfest will close in time for curfew

The 2015 Oktoberfest is a modified version of the three-day event held the first weekend of October on La Mesa Boulevard on both sides of Spring Street. The two-day 2015 event will be held from noon to 10 p.m. on the boulevard east of Spring. The earlier closing time corresponds to curfew for juveniles. "In prior years, groups of young people congregated" later in the evening and "created a public safety concern," according to a July 28 city report.

The association will operate the Allison Avenue beer garden, a family-friendly venue with entertainment and dancing. A beer court for people age 21 and older will be located in the Palm Avenue municipal lot. It will have recorded music. Furthermore, a street fair will have about 150 vendors. Approximately 25 food vendors will be located throughout the venue. 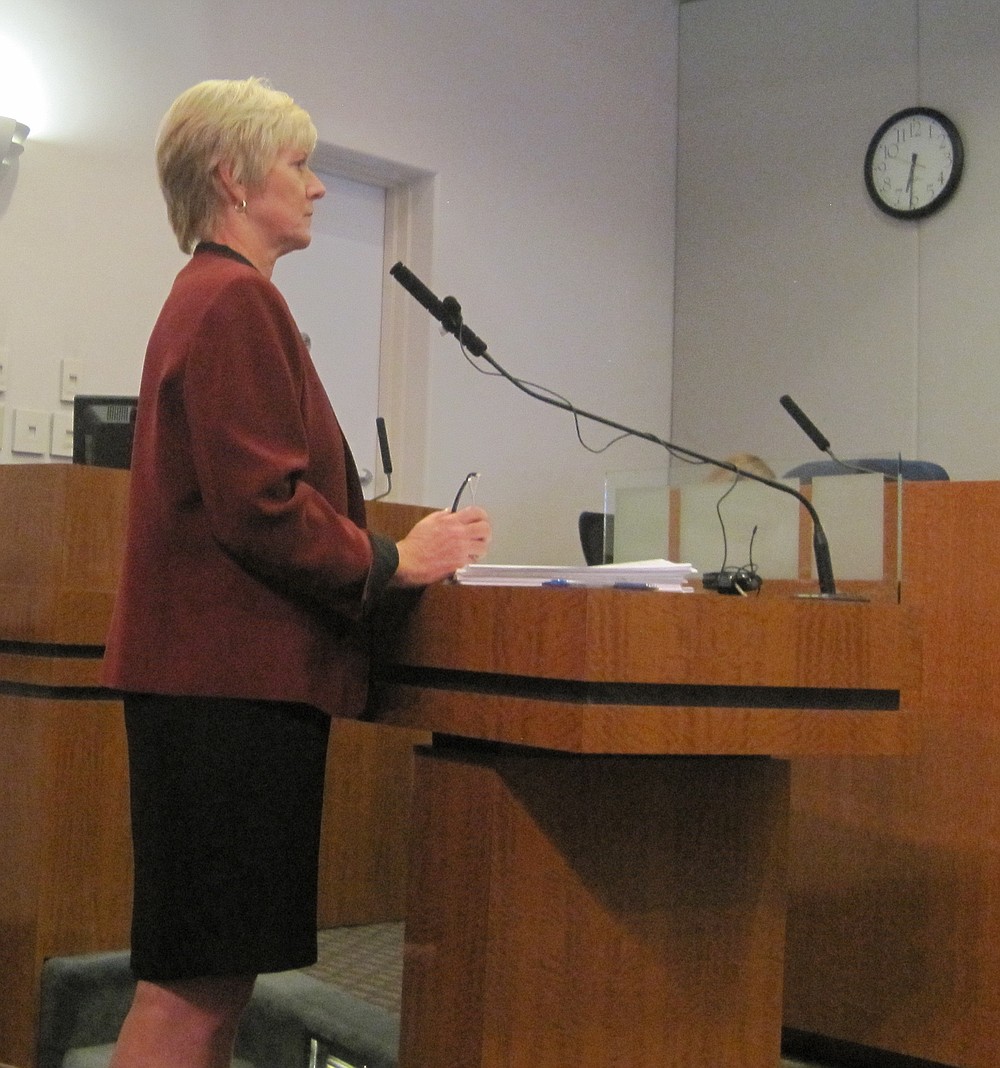 Yvonne Garrett, assistant city manager, told the council that the association's payment schedule starts with reimbursing 2014 fees for cost recovery during the summer car show and Oktoberfest. Payments of $7409.97 are due on August 3, August 13, and September 1. Cost recovery for 2015 is estimated at $68,686, and the deposit is due on September 15.

At the May meeting, there was talk that the association spent 2014 money to stage Christmas in the Village instead of paying the city.

At the July meeting, association attorney Jessica McElfresh said, "No one wants a repeat performance of last year. This was a first-time, unprecedented event."

Speakers including David Smyle opposed the permit, alleging problems within the association.

Later, mayor Mark Arpaostathis said the council didn't ask the city staff to "work out internal problems"… the staff "is looking out for the best interests of the city."

Vice mayor Ruth Sterling cast the opposition vote on the permit. "We cannot gamble and put the city at risk," she said. Her colleagues rejected Sterling's proposals to collect the remainder of the 2015 fee during Oktoberfest or to charge a larger deposit.

Who belongs to the Merchants Association? Are the Association Members responsible to pay for any unpaid costs? What do the west of Spring St. get out of the Oktoberfest? Will the Grossmont Center event be at the same time as the Village event?

Wait a minute... are they saying this group didn't have to pay for public services last year? Or that this year that cost has more than quadrupled?

I'm all for making sure that the event is paying for the additional services that are required... police, traffic control, sanitation, etc. But I'm not too hip on the idea of a "permit", as in, "You give us a bunch of money and we give you a piece of paper"

"The two-day 2015 event will be held from noon to 10 p.m. on the boulevard east of Spring. The earlier closing time corresponds to curfew for juveniles. "

Why is an Oktoberfest, which is by definition a 21+ event, being hamstrung by concerns about "juveniles"? Don't let them in. If they "congregate" or create a problem or are out after curfew, send the cops... why screw up everyone else? Lots of other people don't want to have to have it stop at 10 because of what some kids might do.