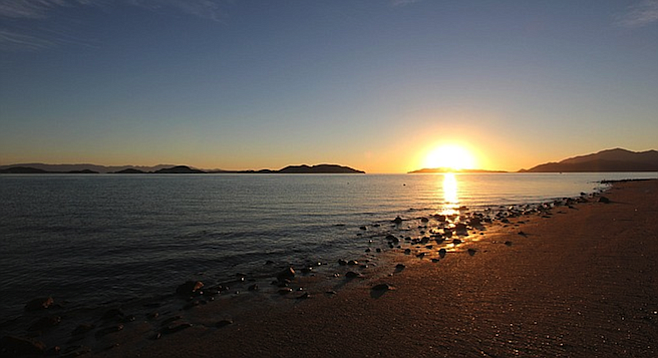 If someone handed you a travel itinerary that included crossing a dangerous Mexican border town to jump in the ocean with 30-foot-long beasts and wander a graveyard at night, what would you do?

I mean, it doesn’t exactly seem like an idyllic vacation. Como se dice “no way,” right?

But this was the stuff of my then-boyfriend’s bucket list. And, naturally, being in a new relationship and wanting to seem like the "cool girlfriend," I swallowed my doubts and jumped in the car. 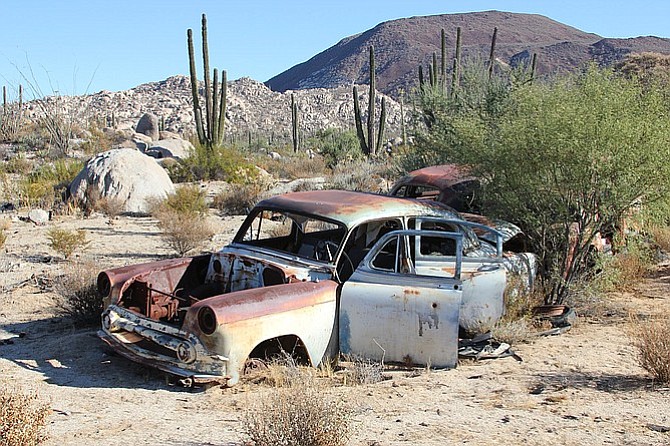 On the road in the Baja desert (about 5 hours south of Ensenada in Cataviña, to be exact).

Lars was a surfer, and Baja California was one of his favorite surfing destinations. We lived in San Diego at the time, so getting there was simply a matter of driving across the U.S.-Mexico border, a mere 40 minutes from home. And, with over 1,000 miles to Cabo San Lucas – the southernmost tip of Baja – and two coastlines to surf, there was a lot of driving.

Unfortunately, Mexico is a bit notorious for having shady law enforcement. Getting pulled over and bribed is not uncommon, especially in border towns like Tijuana. But we had zero problems on our trip. And you know why? Because we followed the speed limit and the laws – easy peasy.

With so much driving to do, and so much to see, we broke our trip into chunks, spending four to eight hours a day on the road, and anywhere from one to three days in each town. The municipality of Ensenada was our first stop, and once I ate my first mouth-watering carne asada street taco, I was over my border-town jitters and looking forward to the rest of the trip (because more delicious food was sure to be in store, and a girl's gotta eat). 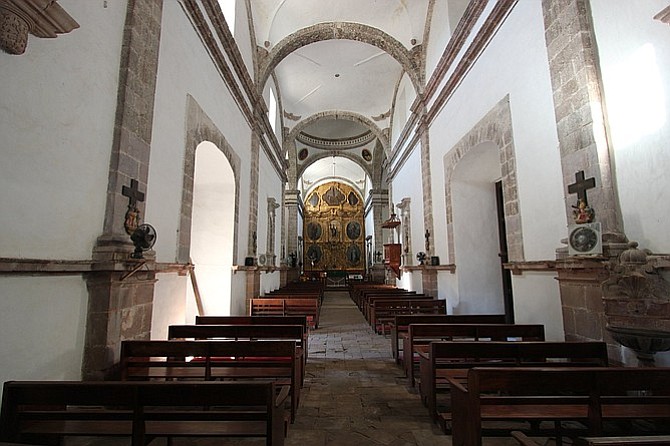 Mission church in San Ignacio, on Highway 1 between Guerrero Negro and Mulegé.

Guerrero Negro, Mulegé and Loreto were the next lodging towns on our southbound trek. In keeping with our slow-and-steady pace, we stopped at every beautiful hiking and swimming opportunity possible. Somewhere between Mulegé and Loreto was an empty beachfront (save for a small restaurant with maybe three people in sight) along the Sea of Cortez, where we snorkeled in exceptionally clear waters, joined by a random dog – likely a pet at the restaurant – who paddled alongside us the entire time.

From tombstones to gemstones

Part of the reason we came to Baja at this particular time of year (late October/early November) was to catch Dia de los Muertos (Day of the Dead) celebrations in the town of Todos Santos, an hour north of Cabo San Lucas.

This Mexican holiday is celebrated throughout the country, as well as throughout the world (Halloween, anyone?), but because it takes place on November 1 in connection with the Catholic holiday All Saints' Day, and because Todos Santos literally translates to “all saints,” we figured where better to celebrate? Tradition calls for building altars and leaving gifts at the graves of deceased loved ones, so, after the sun went down and we finally found the local graveyard, we were a little disappointed to witness only a couple of celebratory offerings. Instead, we ended up at Hotel California (queue the Eagles song) where basically every visiting American tourist was partying in costumes.

The real treasure in Todos Santos wasn’t associated with a holiday, though. In fact, it was an older gringo named Bob Bentley. This expat from Oregon, a retired geology professor, built an oasis of one-of-a-kind guest rooms made from local rocks and gems. He operates this majestic complex as a boutique hotel, tucked away on more than two acres of an avocado-mango orchard within a walled compound. 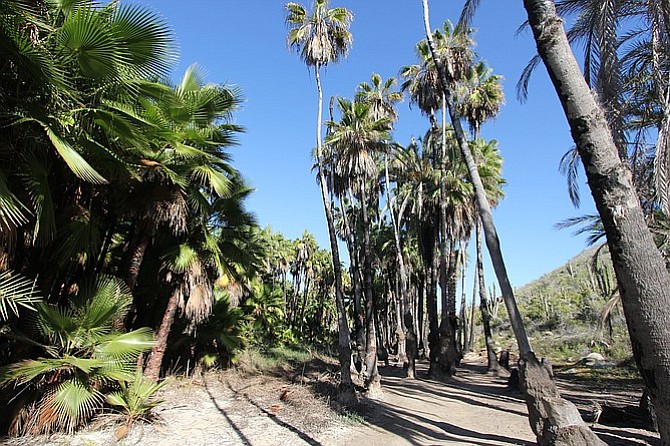 Casa Bentley integrates three separate houses into one colorful, rustic estate across eight levels of landscaped flagstone and garden patios. It is unlike any other place I’ve stayed, and Bob unlike any other man I’ve met. He even loaned us his 4-wheel drive Jeep so we could access a private beach with no entry roads (which we of course only knew about because he told us it was there). A truly amazing host.

Eventually, we left Todos Santos and drove the remaining hour to the very tip of Baja: Cabo San Lucas. The least authentic-feeling of the towns we visited, this tourist mecca offered resort-style vacationing and we were happy to only stay one day. The drive back up toward the States is where the magic happened.

As mentioned, Todos Santos was only part of the reason we chose to come to Baja at this particular time of year. In October and into November, the waters of Bahia de Los Angeles – in the northern part of Baja – are at their warmest, making it a desirable destination for migrating whale sharks. As NPR says, whale sharks are “one of the most majestic and mysterious” creatures in the sea, averaging 30 feet or more in length and weighing around 10 tons.

Although they feed on plankton and are harmless to humans, their appearance is pretty unsettling, as they bear a striking resemblance to a giant shark. So, you can imagine the hesitation I had when Lars said we were going swimming with them. As in, in the water with them. Like, swimming directly above and beside their giant shark fins. But, being the "cool girlfriend," I agreed, and we found a local guy with a fishing boat who knew exactly where they’d be. At 7 a.m. one morning, we jumped in his boat and rode the waters ‘til we spotted one – and it’s an experience I wouldn’t take back for anything. 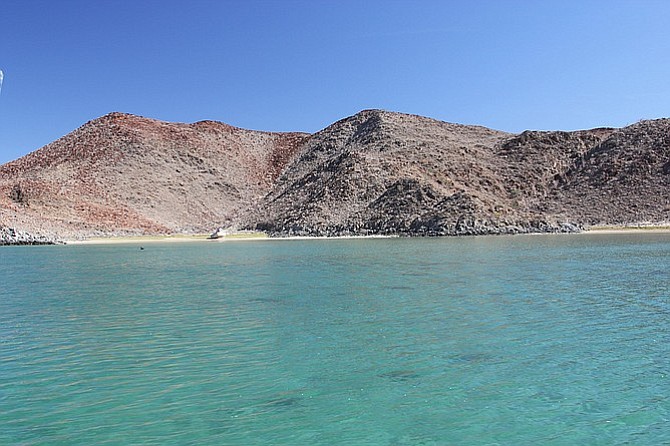 After we bonded with our boat guy, he took us fishing and diving for "chocolates" – or clams – which we ate on the boat immediately after retrieving them from the ocean floor (with hot sauce and lime, of course). A full day on the water also afforded the experience of swimming with sea lions and seeing dolphins, a shipwrecked boat that looked like it belonged to pirates, and some of the bluest water I’ve ever laid eyes on.

After another day of fishing and soaking up the last days of our vacation, it was finally time to drive the remaining eight hours home to San Diego.

While Baja California may not be as popular a tourist destination as its Eastern Mexico cousins lately (Tuluum, anyone?), its distinct food, lodgings and wildlife make it an exceptional place that you, like Lars, must add to your bucket list.

Sorry Emmet but you missed the best that lies beyond the border region of Baja. Come on and join us over on our Talk Baja facebook group to find out what it's really all about...

If you are not willing to risk the unusual, you will have to settle for the ordinary Jim Rohn