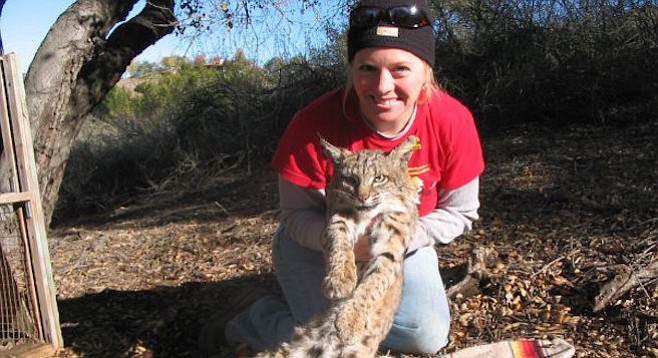 As dangerous as Highway 67 is for drivers, it is even trickier for the wildlife that live in the rich habitat on either side, so when Caltrans looked at placing barriers down the middle for vehicle safety, the agency started talking with Dr. Megan Jennings, a conservation ecologist and post-doctoral researcher who has worked on projects with UCSD and SDSU. 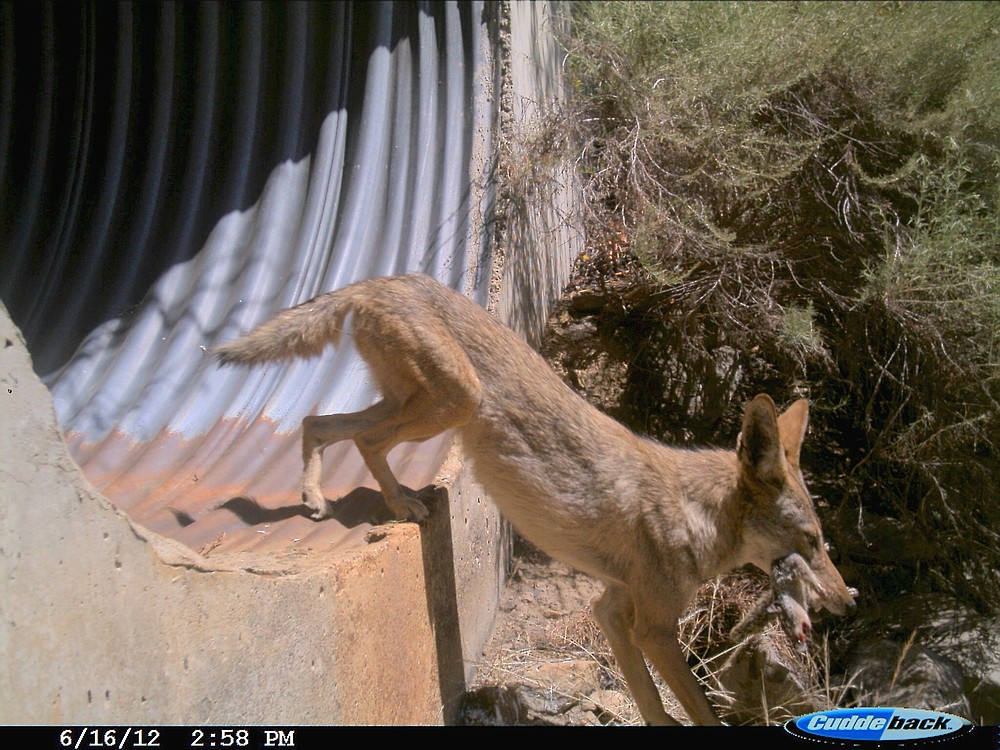 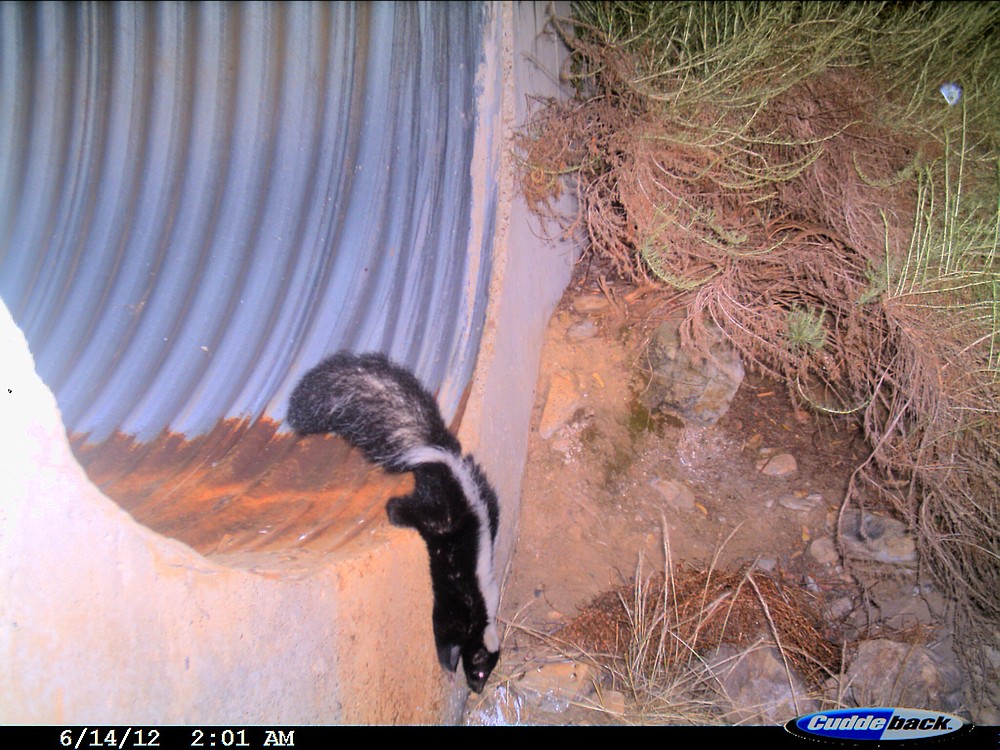 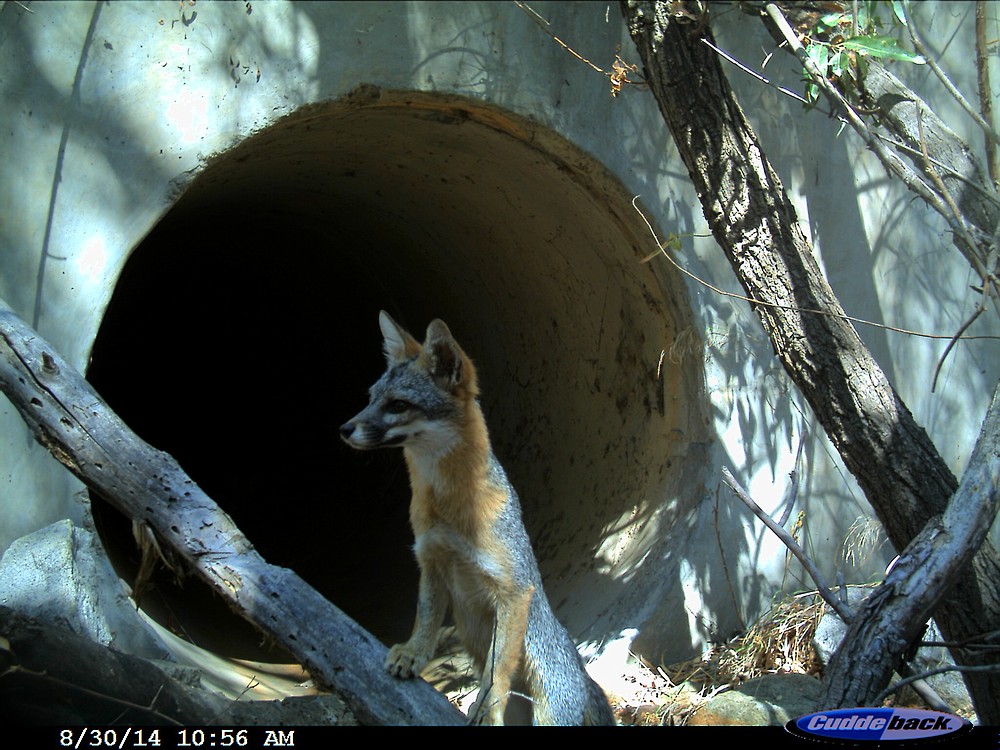 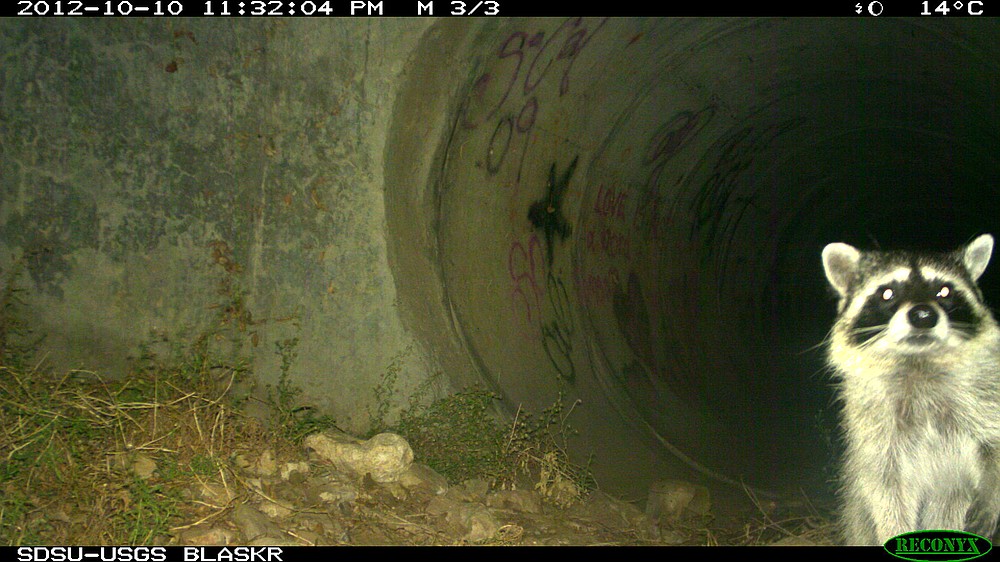 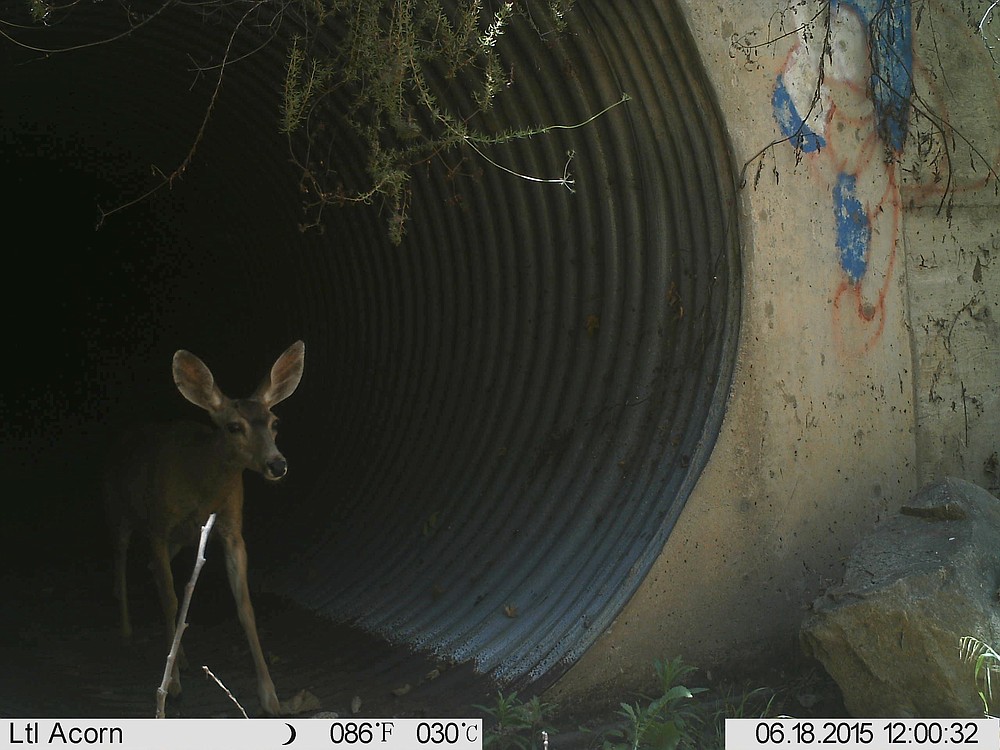 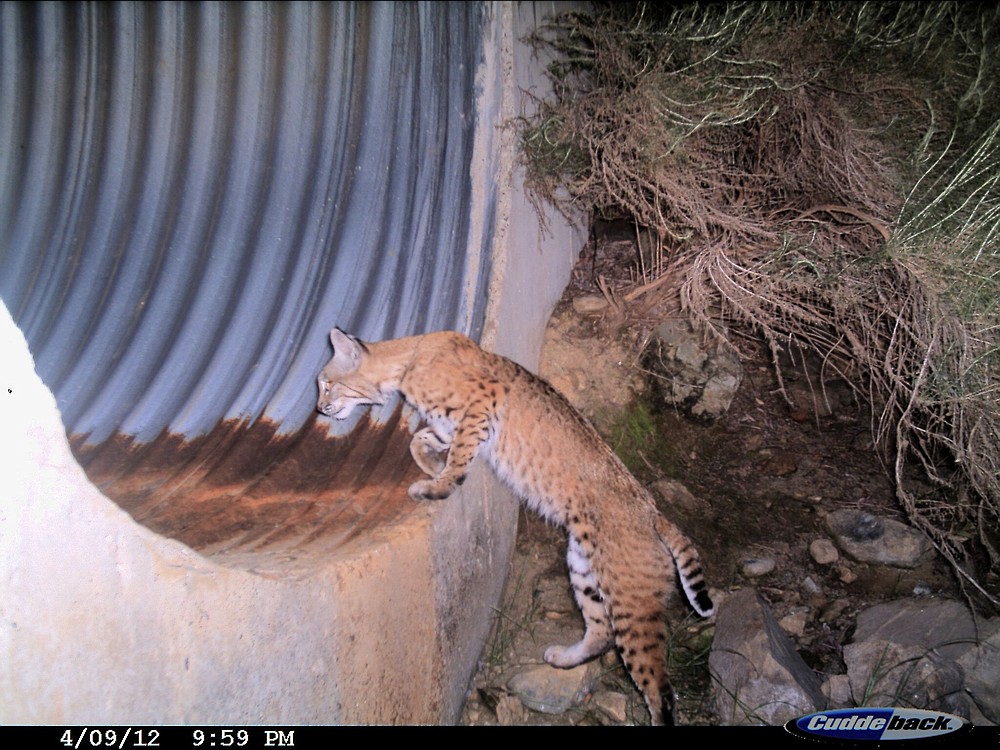 “It falls right in the middle now where the animals have to cross [the road] to utilize both sides of open space in the multispecies protection plan,” she says. Jennings studied the area between Mapleview Street in Lakeside and Dye Road in Ramona — identifying the most common wildlife crossings by tracking and studying roadkill. Then she set up infrared cameras at the most common crossings.

“There’s been at least one mountain lion, ringtail — which is a cat-looking mammal that’s actually related to raccoons, coyote, deer, bobcat, and gray fox, and all the animals you’d expect: raccoons, possum, skunks,” she said.

Based on a preliminary study, she found three or four areas that will be problematic: on the grade coming up to Fosters Truck Trail south of Scripps Parkway, the area around Iron Mountain, the Mt. Woodson area, and the area leading into Ramona where the road narrows to two lanes but people drive fast. It isn’t just about protecting the individual critters.

“It’s about preserving gene flow and stable populations of these animals,” she said. “And the highway is already dangerous for drivers, but when you add on top trying to avoid an animal — your natural instinct is to try to avoid them.”

Jennings’s studies led her to culverts under the highway — drainage pipes of corrugated steel or concrete box-shaped tunnels. Many were blocked by growth or fences, but wildlife seemed to be okay with going under the road.

“The types of crossings a deer would use are different than what a mountain lion prefers — mountain lions like things that are a little more open, while deer are prey and they don’t like to be out in the open — they prefer places they can blend in and where they can see the end of the tunnel from the beginning.

“The highest rates of roadkill coincide with times of early nightfall, when rush hour lines up with dusk. That time of year, deer are in rut [mating season], coyotes are looking for a partner, and the predators that come out at night meet up with a lot of drivers in a hurry to get home,” Jennings said.

The solutions Jennings and Caltrans are contemplating include clearing the culverts and making the approaches to them more straightforward. The idea is to lead the animals to where it’s safe for them to cross.

“Make it bigger, wider so animals can see the end of the tunnel is one idea,” she said. “Better lighting and clearing the culverts for better animal visualization would help a lot.”

And there’s a special idea in play — an animal bridge over the highway at Mt. Woodson. It’s just an idea at this point, but it has worked in other places, including Los Angeles, with its mountain lion bridge.

“Because of the steep hills on either side, it might be the best idea to keep the animals off the road entirely — it would take a lot of study to do it right so it worked for the animals,” Jennings said.