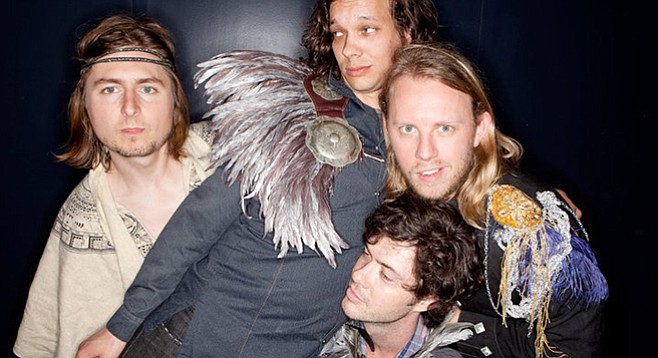 There’s this band called Chappo, and the opening 16 bars of their song “5-0” are a call to action for the generation of us who grew up in the midst of the first wave of West Coast garage and psych rock. Sweet. But it gets better. What the band does at the bridge, meaning the place where the song turns around before it goes back into the melody? It’s as fragile and risky as new love. And if that’s not what rock and roll is all about, then wheel me off to the pop critics’ rest home. 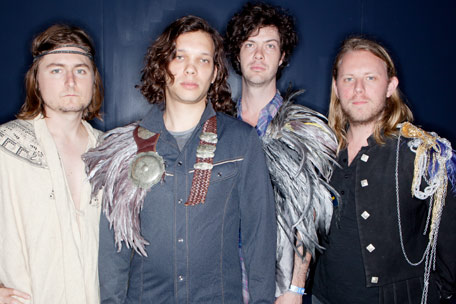 Off of Chappo's Nothin' to Sell You EP

From New York, Chappo has a 2009 start date. Their musical integration of the then with the now is almost seamless and unselfconscious. Chappo music surfs on a sonic crest of deejay-like effects, overpowering vocals, brawny guitars, and a strenuous rhythm section. Yeah, there’s the occasional ’80s dance-floor beat, but Chappo makes it fly. And even though the indie-rock motto seems to be volume over tuning, this is a band that I can only hear at levels that rattle windows.

Alex Chappo and his light-headed falsetto front the band, which sounds strange on paper. But live, his voice enhances the thrust of the music. Originally from New Orleans, Chappo once told a reporter that his range of influences runs the course from Dr. John to California surf rock. What Chappo’s music is about is another thing entirely: black holes, time warps, and parallel universes. The live audience will bear witness to a range of costumes and confetti cannons, not just some dudes in thrift-store clothes with duct-taped guitars; apathy is not a problem with this group. Flaming Lips comparisons are easy to make, but unlike that band, Chappo leaves me wanting more. With any luck, they could have a good couple of years ahead of themselves.