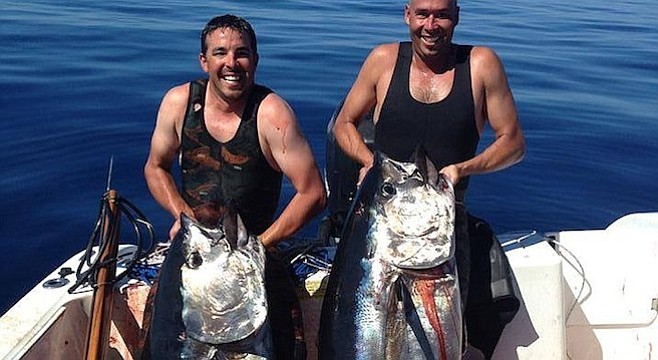 The yellowtail bite has pretty much shut down at the Coronados though the boats are finding them in numbers offshore on kelps along with some decent dorado. The yellowfin tuna are charging into San Diego waters and among the larger-than-normal bluefin taken there has been a report of two bluefin shot while freediving by Capt Brian Castleton of the New Seaforth and Eric Weidele. Weighing in at 181 and 183 on the IGFA certified scale at Seaforth Sportfishing, both record fish for SoCal waters.