The announced departure of Paul Viviano, who currently enjoys the lengthy title of chief executive officer for the University of California, San Diego Health System and associate vice chancellor for UC San Diego Health Sciences, has further shaken up the already controversy-filled university on the Pacific Ocean.

And even more unpleasant surprises could be in store for the tax-funded institution, based on a flurry of so far largely behind-the-scenes legal and law-enforcement maneuvering.

Starting August 24, Viviano will become the new president and chief executive officer of the Children’s Hospital of Los Angeles.

"Viviano says he was attracted to CHLA because of its commitment to patient care, education and research, as well as its investment in technology, service to its community and a longstanding mission to improve the health care of children around the nation and the world," according to a Children’s' July 7 release.

He did not bid a fond goodbye to UCSD in the release, instead being quoted as saying, "I look forward to working with the Board as well as the faculty and staff at Children’s Hospital Los Angeles to fulfill our mission and achieve our goals.”

For local consumption, Viviano told the Union-Tribune that his decision to leave had been "agonizing," and that he wanted to be closer to his family in Huntington Beach.

No salary was given; Viviano's retiring predecessor at Children’s, Richard D. Cordova, received total annual compensation of $826,589 during the 12 months ending in June of 2013, according the nonprofit's 2013 IRS disclosure report, the most recently available.

Viviano made more at UCSD, with gross pay of $831,147 during 2013, according to UC salary data posted online, the latest available.

As reported here last year, in July of 2014 Viviano’s salary was boosted $21,600 by action of the university's regents.

Viviano was also eligible for an unspecified amount of "Regentally approved incentive pay,” according to regents minutes.

Hired in May 2012, one of Viviano's early tasks at UCSD was overseeing the abrupt December 2012 shutdown of the university's costly Nevada Cancer Institute in Las Vegas.

Media there had reported charges of mismanagement.

It subsequently came to light in March 2013 that Michael Steven Goldman, ex–chief executive of the cancer institute, was busted that January for alleged unlawful sexual activity, transporting child pornography, and coercion and enticement.

Goldman later pled guilty to possession of child pornography and in March 2014 was sentenced to five years in federal prison.

A June 30, 2013, university audit, released by the school in response to a request made under the state's public records act, reported that the total operating loss for the cancer institute from July 2012 through March 31, 2013 had been $9.9 million.

Of late, more trouble has been brought to light by an August 2014 university audit that criticized the handling and accounting of body parts and other human specimens used by the school in research and treatment.

As first reported here, the internal audit was released by the university last month after months of delay following a request made under the public records act last year.

"Management advised us that the number of UC San Diego conferences and/or physician training sessions that utilize anatomical materials purchased from outside companies has been consistently increasing,” the document said. 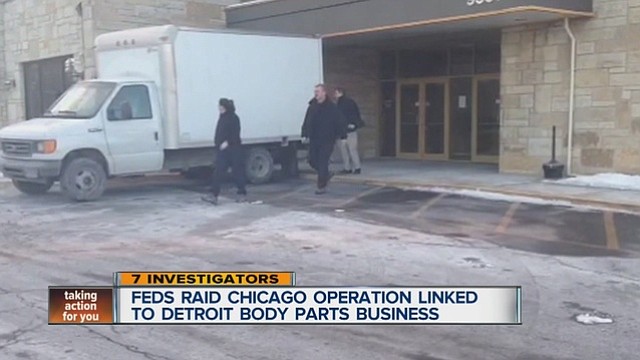 Research cadaver accountability has been a problem nationwide, including at UCSD.

"In addition, there are UC San Diego Health Sciences research units including, but not limited to the Alzheimer’s Disease Research Center and the UC San Diego Brain Observatory that receive donations directly."

Continued the report, "When materials not managed by the [body donation program] are used in UC San Diego facilities, there is greater risk that methods of transporting, testing, storing and disposing of materials may not fully comply with University requirements."

Continued the June 22 announcement, "The committee will oversee the appropriate and ethical handling of anatomical and tissue specimens at UC San Diego."

The academic body parts-trading business has been under scrutiny for months by a nationwide FBI dragnet that has raided offices and cadaver depots in Arizona and Illinois, causing speculation that indictments may be forthcoming. 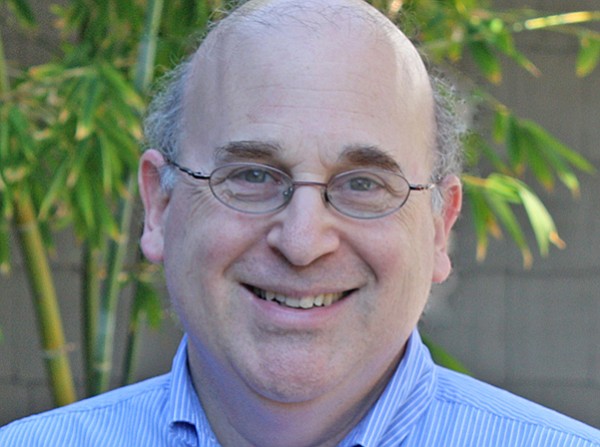 Meanwhile, the UCSD-based Alzheimer's Disease Cooperative Study has been disrupted by a legal war between director Paul Aisen and UCSD over Aisen's plans to depart for the University of Southern California, taking much of the staff with him.

"I moved up this resignation date to June 21, 2015, in response to hostile treatment by UCSD after it received my notice of resignation."

The statement continued, "My resignation from UCSD was the culmination of several issues I had with UCSD with respect to funding delays and shortfalls that I believe hampered the work of [the Alzheimer's study], and particularly the clinical research work done to find a cure for Alzheimer’s disease."

Aisen asserted that "clinical trials that [the Alzheimer’s study] was handling were hampered by a lack of contracting support at UCSD." In addition, Aisen said his group's work "required UCSD’s assistance with negotiation of contracts, but because of a lowered workforce at UCSD the process was slowed down, causing detriment to the studies. Additionally, staff salary restrictions imposed by UCSD impacted [the Alzheimer’s study’s] hiring abilities."

With all this going on, might it not be time to find out if anyone has been paying attention to matters at UCSD? Is it time for a new chancellor? Curiously, wasn't Ana Spira Campbell brought in this past year for fundraising? I wonder how that is going.

UCSD's departing head of Health Sciences made $850,000 a year? They were running a failed cancer institute in Nevada? What is going on up there? UC President Janet Napolitano has okayed admission for more out-of-state and foreign undergraduate students than ever before and the moratorium on fees will last only two more years before tuition hikes resume. Napolitano needs to go.

As I've posted before when that photo of the two partners in whatever-it-is-that-they do appeared, they are a sleazy looking pair. Both need to pay more attention to grooming, and both also need to reconsider the facial hair. As far as representatives of the top tier of managers on the campus, they look more like a couple dressed-up custodians. Oh, I know that appearances shouldn't count, and that unkempt academics are considered OK, just too busy to get haircuts, etc. But, unfortunately for this pair, appearances DO count, and it's not too much to expect them to look like they are the people in charge of a major university, rather than a pair of drinking buddies who just got a good start.

Oh, the point of the story? As eastlaker asks above, is it time for a new chancellor? Given the track record of the previous ones, with special emphasis on Dynes and the most recent one, Fox, it's ALWAYS time for a new one. Khosla has been there for three years, probably two years too many.

Having a medical school on campus is always trying. One adds complexity to a campus by a factor of ten or more. Simple everyday events take on a sinister aspect when they involve lives, infections, botched medical procedures, and misuse of body parts. And UCSD has been dealing with all of those things of late.

Viviano is probably tired of all the grief that his job has brought. But tough it out and try to fix the place? Heck no! Fuhgeddabouddit while you're at it. No, it's easier to just walk away from the mess and get a fatter salary to run an operation that appears on the surface to be in good condition.

So, what's old Pradeep going to do now? Probably nothing, in that he'll have to let the UC president find a new medical center director, and have the Regents approve. No, he'll keep the chair warm for as long as the president and regents will have him in it, and then ride off into a sunset of affluent retirement.

So many thanks for mentioning this terrible photograph -- "a pair of drinking buddies who just got a good start." I didn't have the guts to bring up attire and appearance. But I think you unfairly malign custodial staffs everywhere: these two guys look like business-model-loving-academics who are taking home high six-figure salaries paid by California taxpayers, their UCSD shambles notwithstanding.

You are absolutely right; I did unfairly malign custodial staffs. Mea culpa.

Looks like Viviano was in way over his head at UCSD, couldn't even begin to fix the problems he was hired to fix, and bailed out.

The Aisen-USC thing looks sleazy. Guess that's what happens when the rabid pursuit of dollars by so-called non-profit institutions like USC makes them look less like universities and more like corporate pirates.

All that federal research money is what keeps those many folks with doctorates employed. I'd guess that USC is more versed in playing hardball than is UCSD, especially after many years of mismanagement in La Jolla. So, that project was a sitting duck to be picked off by the Angelenos. There is still a possibility that the court or feds won't tolerate the piracy, and hand it all back to UCSD. But I think that will be no thanks to Khosla.