To pro golf’s horror, Zombie Tiger stays on the tour 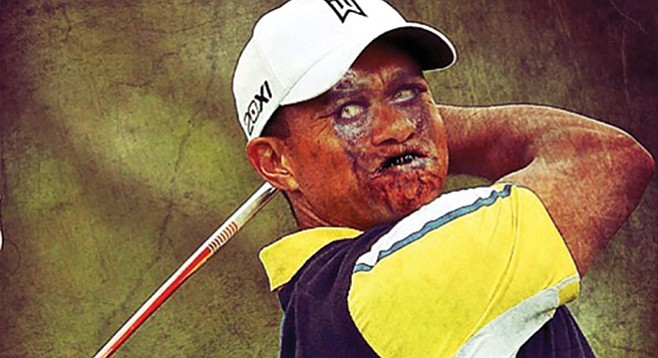 He’s interesting again. Which is a giant step up from embarrassment to humankind. Tiger Woods was the World Number 1 rated golfer for an unbelievable 683 weeks during his career. On July 5, 2015, Woods was ranked 226th in the world.

You can mark the moment of his fall. The year was 2009, the same year Forbes pegged his lifetime earnings at over $1 billion, and the year he was busted as a degenerate slut. The National Enquirer breaks a story about his manic adultery, two days later Tiger wrecks an SUV at the end of his driveway. Quickly followed by a parade of Tiger’s sex workers, mistresses, followed by endorsement deals canceled, followed by a $110 million divorce. He hasn’t won a major championship since.

Woods never recovered his Tiger essence. Saying that, being Pretty-Much-Tiger is plenty good. He bounced back well enough to be the PGA Tour and PGA Player of the Year in 2013, also crowned PGA Tour money leader ($8,550,000).

Woods will be 40 years old in December. And he is an old, old 40. Regard his medical/golf-game travails; follows is from the AP and Golf Digest:

2008- (April) arthroscopic surgery to repair cartilage damage to his left knee; (June) reconstructive surgery on the ACL of his left knee.

2013- decides not to play in the AT&T National, left elbow strain.

2015- (January) shoots 11 over par, 82, in the Phoenix Open, misses the cut; (February) withdraws from Farmers Insurance Open, back injury; (June) shoots 85, good for a last-place finish at the Memorial Tournament; (June II) shoots 80 in the first round of the U.S. Open, doesn’t make the cut. 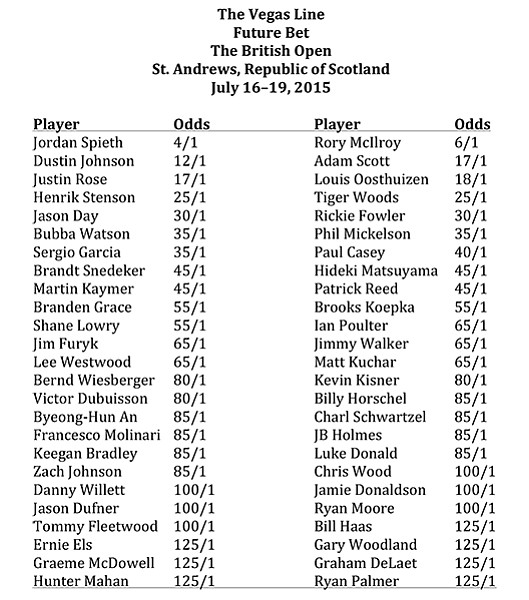 Tiger is not only losing, he’s losing big. Shanks, ground balls, topped balls, chip shots that fly ten yards past the hole and off the green. His tee shots are a guess. Shooting in the 80s is no longer a novelty. He looks broken, worn out, overwhelmed.

What if Tiger never finds his game? How long can his zombie tour ’round the world’s golf courses go on? Short answer: for as long as Tiger cares to continue. As holder of more than 20 PGA Tour wins, Tiger is exempt on the tour for life. Also has a lifetime exemption for the Masters Tournament. He won the U.S. Open in 2008 and received a ten-year exemption. As a previous winner of the British Open, he can play there for at least 20 more years. Winner of four PGA Championships, he has a lifetime exemption.

What is it with Tiger? I can’t think of anyone that famous who has endured such a complete public humiliation. Sex is different than embezzling money — it’s personal. His epic humiliation must weigh on him still.

Or maybe not. It’s not like he has to hang out with the public. He goes from mega-yacht or Jupiter Island mansion to golf tournament in his Gulfstream jet, plays a few rounds roped off from the public, then returns to his money bubble. Remember, Tiger was playing golf before he was two years old. Maybe golf is burned into his brain like PTSD. Maybe golf is about endorsement money. Maybe he’s just batshit crazy. Or, maybe, most weirdly of all, he knows what he’s doing.

Tiger is disgusting. I don't know how he has the gall to show up to play.