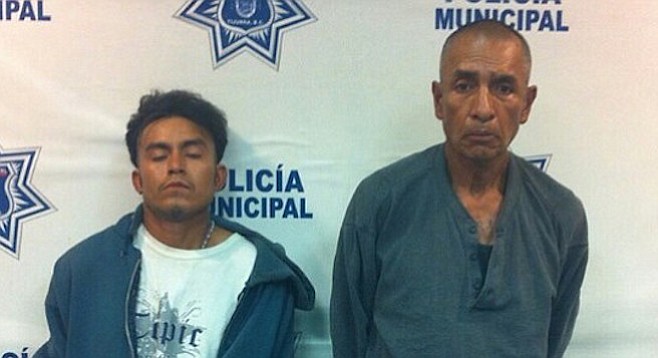 Tijuana police have arrested two men who allegedly videotaped their torture of a dog and posted it on Facebook.

The video, which appeared on Facebook over the weekend, led to widespread expressions of outrage among residents and a police operation to hunt down the pair.

On the video, the two men are seen beating the dog then throwing him into a cistern, according to press reports.

Members of a strategic operations group of the municipal police located the men after a brief manhunt in Colonia Salvatierra, where the mistreatment of the dog allegedly took place.

Officers arrested Mauro Arrillaga Mayahua, 25, and Juan Antonio Robledo Magallanes, 56, on Monday, June 29. According to a police statement, Arrillaga confessed before a municipal judge that he and his accomplice earlier killed two other dogs in the same neighborhood and buried them there.

Animal-rights activists were able to rescue the dog in the cistern and have taken it to a shelter for recuperation, authorities said.

The two men are being held on charges of possessing marijuana until their legal status regarding mistreatment of the dogs is clarified, newspapers said.