A historic route used by Indians, Spaniards, and the Jackass Mail 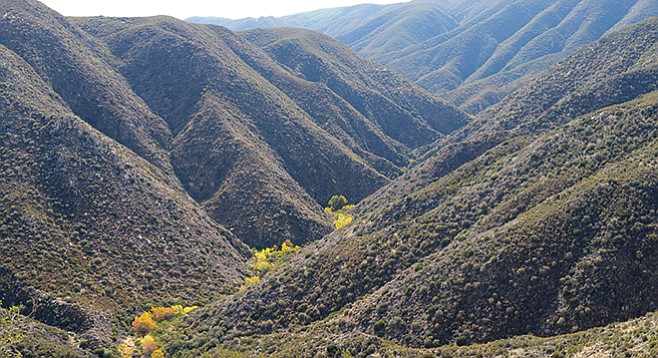 An oriflamme or “golden flame” appeared on the red battle standard of the King of France during the Middle Ages. It is unlikely that Oriflamme Canyon was named for this, although a red banner could have marked a mining claim in the canyon. More likely, the canyon was named for the side-wheel steamship named Oriflamme that brought the first miners to the area in 1870 during the Julian gold rush. The steamship regularly stopped at San Diego Harbor as part of its route between San Francisco and the Atlantic Ocean. Oriflamme was the name first given to a mine worked in the area, and the canyon and mountain soon followed. 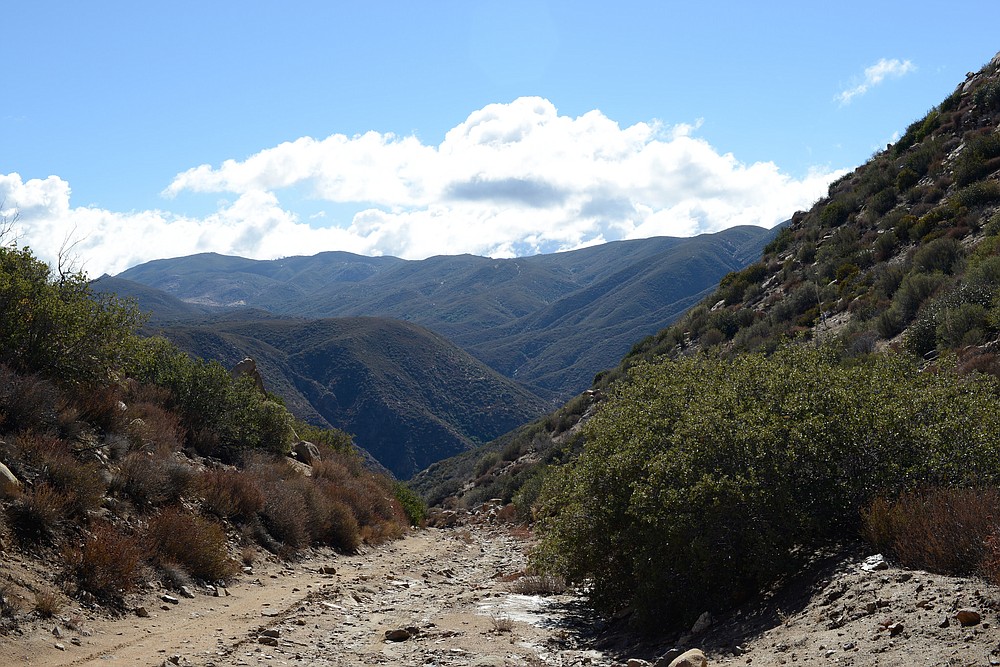 The name, however, has little to do with the historic and scenic attributes of the canyon, which are considerable. It was the main route between Kumeyaay villages in the desert and summer encampments in the Laguna Mountains. It was the route Col. Pedro Fages took in 1772 while searching for army deserters, making him the first European to set foot in the Anza-Borrego desert that lived to write about it. In the 19th Century, cattle ranchers who had settled near Vallecito built a rough road through Oriflamme Canyon to move their cattle to summer pasture in the Laguna Mountains. Much of that road still exists as the Mason Valley Truck Trail and is part of the route of this hike. In the 1850s, Oriflamme Canyon was a leg on a transcontinental mail route called “The San Antonio and San Diego Mail Line.” It came to be known as the “Jackass Mail” because it used mules to pull wagons up the steep road through the canyon. 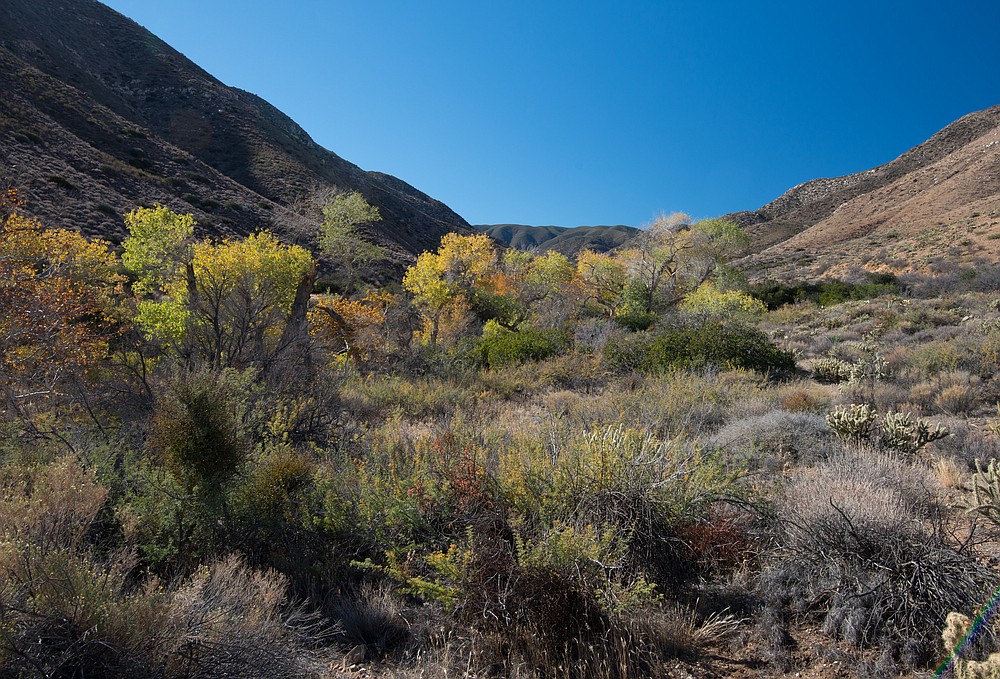 If time and energy are available before beginning the hike, explore Oriflamme Canyon’s stream course, a riparian habitat containing a lush growth of California sycamores, western willows, western cottonwoods, and mulefat. Indian grinding areas are found among the boulders as well as evidence of an old road camp.

In wet years a bubbling stream flows over granite boulders and there is a small waterfall about a mile up the canyon. However, in the past few years little or no water has reached the surface in this part of the canyon and the falls have been dry.

Begin the actual hike from the parked vehicle, following the MVTT west-southwest on the road as it rises rather steeply up the north side of the canyon, gaining about 1500 feet of elevation in 1.6 miles. The reward is the view down to the Oriflamme stream course, a lively green most of the year but developing yellow and orange colors in the fall. The vegetation initially is typical high desert, including junipers, cholla, prickly pear cactus, Mojave yucca, and agave. Once above the canyon, the vegetation changes into montane chaparral dominated by scrub oaks, mountain mahogany, chamise, Parish goldenbush, California buckwheat, Eastwood manzanita, and many others. When seen at a distance, the higher hills appear to be covered with an olive-green velvet blanket. 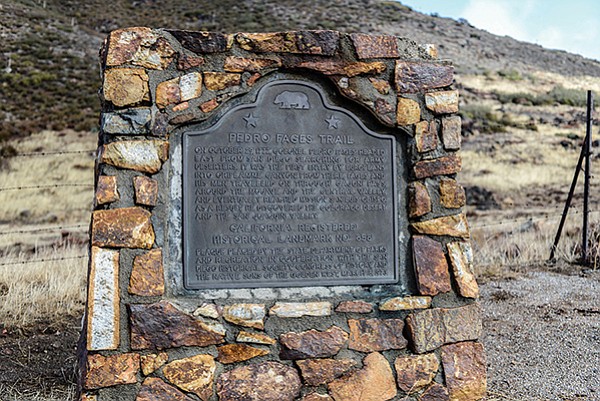 Continue up the road as it enters a side canyon, leaving Oriflamme Canyon in about half a mile. Exiting the canyon, there is a broad saddle that marks the divide between Oriflamme and Chariot canyons. Now the road is nearly flat and the hiking easy. Look for a sign for the California Riding and Hiking Trail (CR&HT) off to the left. Take it. The next 0.7 mile also is nearly flat, but just ahead is another ascent, this time rising up 500 feet in half a mile to the divide between Oriflamme and Cuyamaca drainages. After 3.85 miles from the start of the hike, the dirt road is left behind as the Pacific Crest Trail is briefly joined, also signed as the CR&HT. Continue following the CR&HT west-southwest through a series of deer-grass meadows to the Fages Monument on the Sunrise Highway (SR-1), 4.56 miles from the start of the hike. Reverse direction to return to your vehicle, unless arrangements were made to pick you up at the monument. 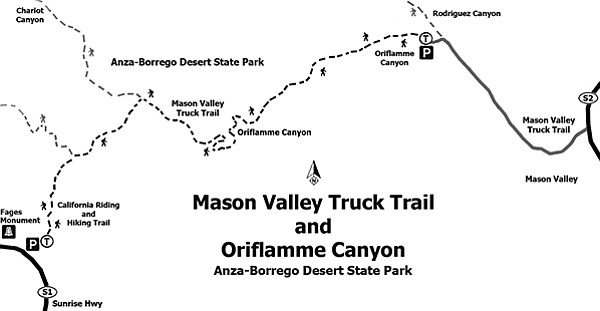