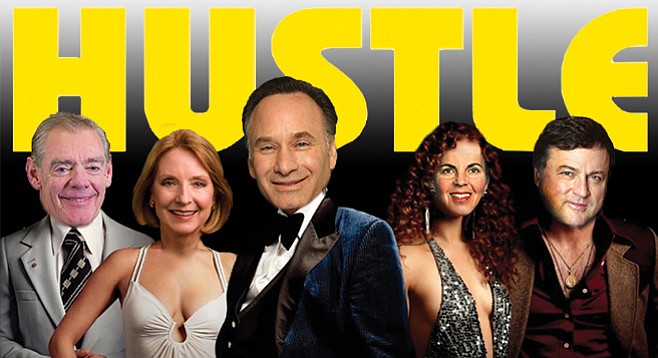 San Diego State University has lately seen its share of sexual violence on campus, but the school’s ambitious fundraising efforts, closely supervised by president Elliot Hirshman, appear to remain unaffected. Hirshman’s $400,000-plus yearly pay has been justified by his prodigious rainmaking activities, which have so far produced over half a billion dollars for the university’s Campaign for SDSU. “With the success of the recent campaign, SDSU has established itself as a legitimate and competitive big-gift target among local philanthropists,” Mary Ruth Carleton, the school’s vice president of university relations and development, noted in an October 14 memo. The results have “transformed traditional understandings of the role that fundraising could play at San Diego State and greatly impacted the philanthropic landscape of the region.”

Hirshman has set a new target of $750 million for the ongoing effort. Who is behind the money? Big-name donors last year included the Charles Koch Foundation, which has come up with $11,500 for the College of Business Administration. Insiders expect much more to arrive after persistent prodding by Hirshman. The conservative Koch and brother David caused a stir in the academic funding world this past summer by giving $25 million to the United Negro College Fund. Ex–Padres owner John Moores, who adopted a low profile among SDSU donors after he became the center of the Valerie Stallings city-council influence-peddling scandal of 2001, gave $50,000 for athletic scholarships. Ex-wife Becky, who negotiated a rich divorce settlement from the Rancho Santa Fe financier, donated $12,000. Moores’s close ally in the beginnings of the taxpayer-subsidized downtown baseball stadium, then–San Diego city manager Jack McGrory, has also become a major SDSU money player, giving a cool $1.2 million. McGrory left the city in 1997 and became Padres chief operating officer in 1999 to ramrod the hefty ballpark subsidy through city hall and the courts; he has since enjoyed a lucrative real estate investment career.

Meanwhile, less prominent SDSU graduates may expect a phone call soon. The school is “launching an effort with Enrollment Services to find more lost alumni by combing through microfiche and other hard copy records to input alumni records from the early 70’s to mid 80’s into the database,” says a Carleton memo from last June. SDSU is currently advertising for an “annual fund supervisor” to manage a fundraising call center. The successful candidate will “solicit and renew donors, invite alumni and friends to events and recognize donors.” Other duties are to include “making adjustments and improvements to the execution of a script, discussing appropriate responses and role playing.”

And here I had thought Hirshman was robbing the taxpayers and students blind. I guess he's a bargain after all!