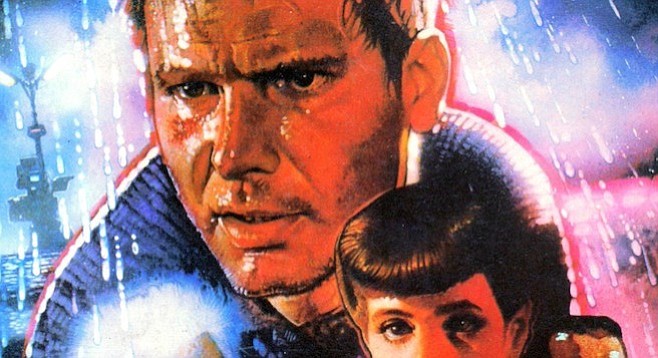 With nothing but Oscar-bait currently damming up local multiplexes, there is no time like the present to take advantage of a week of classic films starting Friday, January 9, at Landmark’s Ken Cinema. My original intention was to say a few words on each of the seven pictures to be screened. Blade Runner was the first title plucked from off the shelf. It’s been an eight-year interval since last we met, so forgive me for going overboard on a picture I embrace and genre that of late I find very little use for. 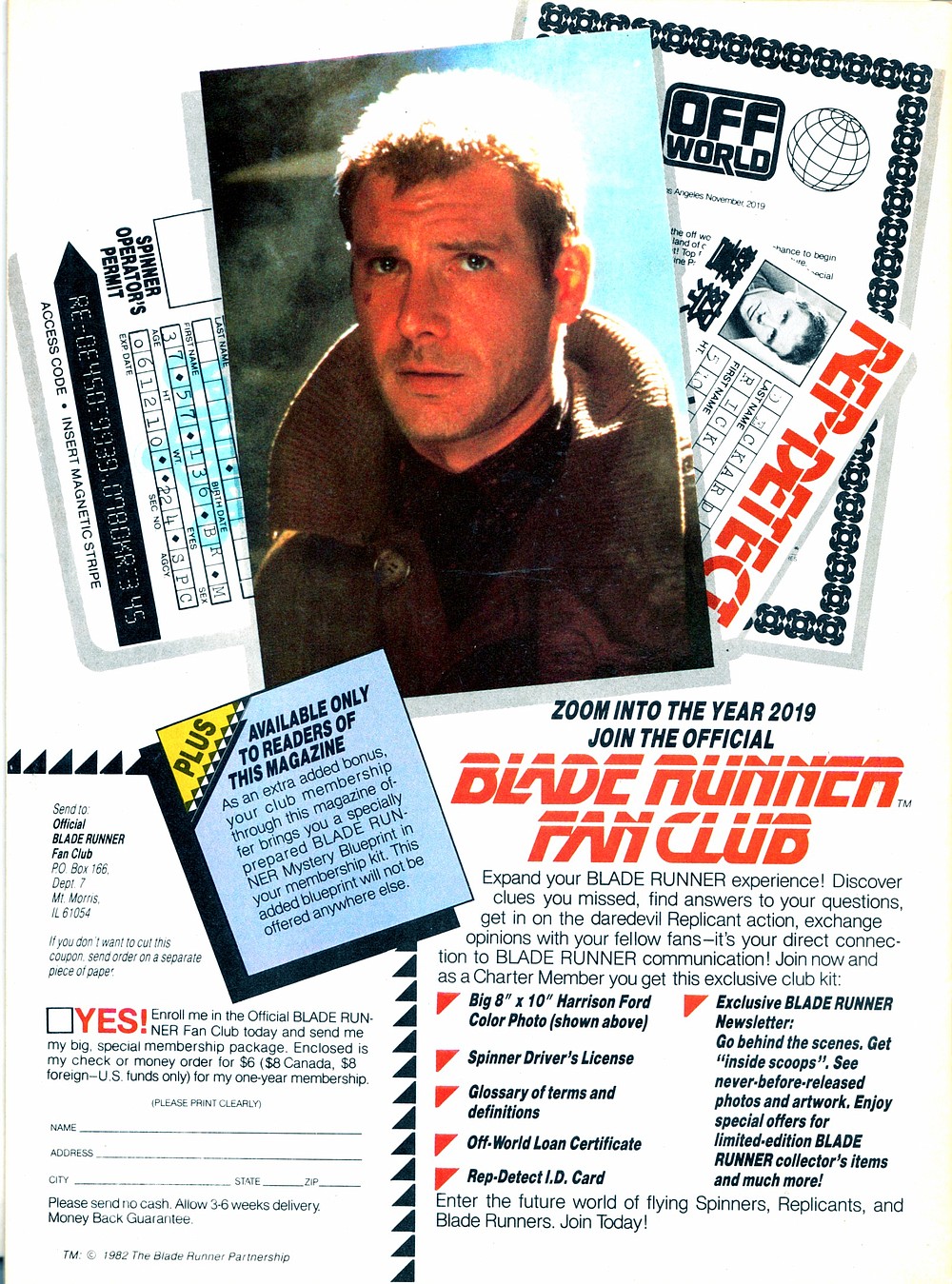 Join the club. Driver’s license and immunity to off-worlders included!

Maybe it’s true that first love never fades, for no matter how many times Warner Bros. tried to repackage Blade Runner, nothing matched my introductory 70mm viewing. Admittedly, anticipation was at an all-time low. Bored by Star Wars, repulsed by Raiders of the Lost Ark, and alienated by Alien, the prospect of a collaboration between Harrison Ford and Ridley Scott had me convinced that the freshest thing I’d consume that afternoon would be stale popcorn.

What separates the film from Star Wars and the breezy, bashing Indy clones is Blade Runner’s readiness to answer to a higher cinematic calling than that of the cheap Republic cliffhangers Steve and George grew up on. Scott’s dystopian capital turned out to be the most visually sumptuous glimpse into a not-so distant galaxy far, far away since Fritz Lang’s Metropolis, and there hasn’t been anything quite like it since. (Strange Days comes closest.)

Why aren’t there six Blade Runner films instead of all those Star Wars kiddie soap operas? I know, I know. The Empire Strikes Back was written by Howard Hawks regular Leigh Brackett and its space-noir surroundings make it best in series. Bunkum! From their juvenile romantics to casting with Toys “R” Us in mind, they’re little more than a compendium of effects-driven drivel! The concept of color as a means of expression never once crossed the filmmakers’ minds. George Lucas desaturated hues and dirtied spaceships so his toy future would appear bleak and lived-in. This in direct opposition to the candy-color metallic universe dreamt up by 1950s Hollywood production designers that he and Spielberg grew up on. As Blade Runner so elegantly proved, one didn’t have to sap color in order to make the future look bleak.

Budgeted at $28 million, the film barely rounded up in its production cost with a measly $38.8 million take on its initial run. The film amassed a loyal following and the 1992 release of a “director’s cut” — made without the participation of the director — effectively branded the original version next to impossible to see. Gone was Deckard’s seductive film noir voiceover. Scott wanted to combine the “dead inside” sound of Martin Sheen’s Apocalypse Now narration with that of a typically doomed film noir protagonist. Gossip reports claim that Ford did not like the narration and purposely gave it a lackluster read. As big a lug as he is, one can’t imagine he’d sabotage a film in such an unprofessional manner. Besides, it’s Harrison Ford. The guy’s incapable of delivering anything but lackluster. According to Ford, he recorded several versions and the studio went with his worst reading.

Was I the only one who missed the much maligned narration? After one viewing of the updated version, I never went back, relying instead on a letterboxed VHS dub (off the laser disc) of the original when in need of a fix.

Not only did Blade Runner underscore the paucity of quality science fiction in Lucas-Land, it also presented its star with the most challenging and convincing role of his career. Who better to play a robot than Harrison Ford? Seeing it again after lo these many years, all of Ford’s eye-rolling and facial grimaces that dominate the first two reels came rushing back. Ford is only convincing when dialogue ceases and he’s called on to walk around brandishing a weapon. Otherwise, he stinks on ice!

Billed as “action-packed” and set in a futuristic, post-apocalyptic downtown Los Angeles — not one of Steve and George’s prefab universes populated by stuffed animals and little people in garbage cans — Blade Runner feels no need to climax every ten minutes. The locals wear clothes, not latex costumes, and carry functional neon umbrellas instead of flashy light sabers. With the exception of one chase, there is very little in the way of action. 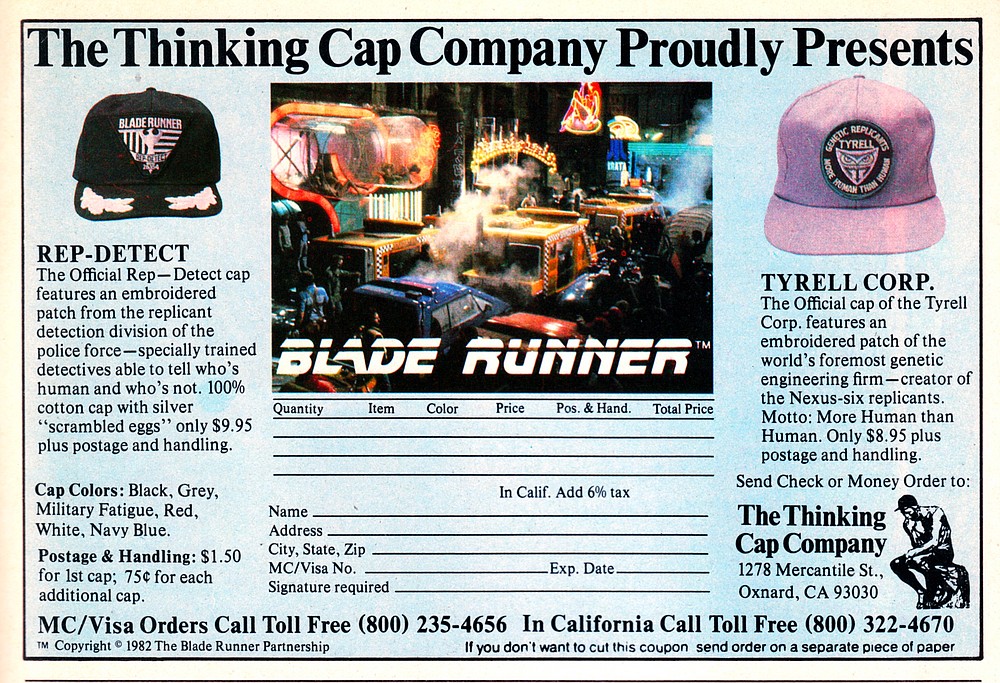 Millinery for the fashionably dressed replicant

Does everything make sense? A lot had been corrected for The Final Cut, the version that screens Saturday, January 10, at the Ken, but one nagging point of consternation remained. The scene where Deckard examines the photograph through the electron microscope always struck me as a bit superfluous. He’d already seen file shots of the replicants. Other than paying tribute to Blow Up and showing off a cool futuristic crime-fighting device, the scene adds nothing. Same for the unicorn dream, added to somehow imply that Deckard is a replicant. It seemed a fanciful tack-on at best.

If I am in the minority when it comes to the narration, I stand alone in regards to the “final” ending. Gone is the smoky Vangelis score backing our two characters’ ride off into stretched-out stock footage from The Shining. There is no way these characters are going the route of happily ever after, so how is this any less of a downbeat ending than a fatalistic cut to black? While the narrator’s “It’s too bad she won’t live! But then again, who does?” is a nice riff on Lady from Shanghai’s curtain line, the finale in the director’s cut is too abrupt. Maybe it’s the kid in me, desperately wanting back what was taken from him.

The digital facelift the film received when it played the Ken in 2007 yielded a considerably brighter image. Because of it, many of the murky background matte paintings were juiced and now resemble comic-strip panels. One recalls a TCM filler piece with a telecine colorist proudly crowing over modern-day technology enabling us to see Dorothy’s freckles in his newly remastered version of The Wizard of Oz. Bleaching an image also flattens the film’s original rich Technicolor hues. When did guys sitting in digital labs get final cut?

Surprisingly, the changes in The Final Cut were not disconcerting, due in large part to their smooth incorporation into the film’s densely populated visual scheme. Scott was never happy with Zhora’s death scene. Not only does Joanna Cassidy’s stand-in look like Mike Mazurki with an afro, at one point you can see the wig beginning to fall off. Ms. Cassidy came in for retakes and her head was digitally superimposed over that of her stunt double’s. It’s seamless, making it virtually impossible to tell where the new and old footage began and ended.

Other modifications: In the original version, Roy’s white dove takes its slo-mo flaps toward a clear horizon. Not only didn’t the shot match anything that came before or after, watching the bird make its escape against a newly digitized overcast skyline makes much more sense. The continuity error, where Bryant (M. Emmett Walsh) informs Deckard that two replicants and not one were killed trying to break into the Tyrell Corporation, has been audiophonically corrected. After Roy (Rutger Hauer) kills the genetic designer/toymaker, the line “I’m sorry, Sebastian” has been added. 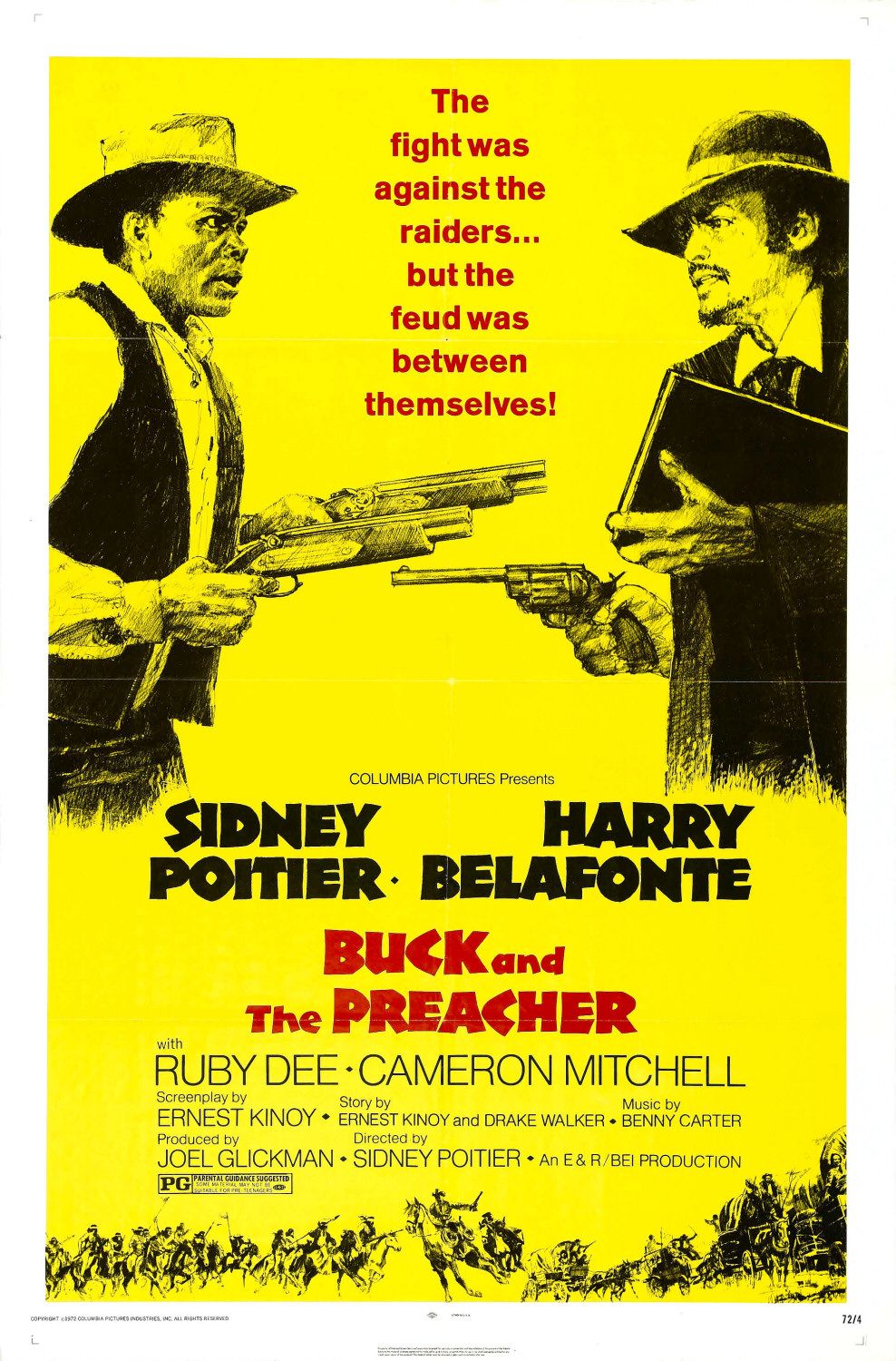 Buck and the Preacher

In the 70mm version, cables lifting Deckard’s Spinner could clearly be seen. No strings attached in The Final Cut. A dialogue between Deckard and a snake dealer didn’t sync up. They brought in Harrison Ford’s son, filmed a tight shot of his mouth, and pulled a digital Clutch Cargo redub. Originally, the serial number that the old Asian woman reads to Deckard didn’t match the one we saw under the microscope. Her dialog has been redubbed. Without the narration, certain shots that went on too long were slightly trimmed. In 1982, the optical printing process was not sophisticated enough to show any movement in the eye that opens the film. The pupil now irises in reaction to the fire explosion. From 70mm to VHS dub, I’ve seen them all, but unless there was a direct-to-airplane edition, the table-dancing hockey players were new to me.

The other films included in the Ken’s weeklong celebration include Billy Wilder’s Sunset Boulevard, Sergio Leone’s Once Upon a Time in the West, Frank Capra’s It Happened One Night, Akira Kurosawa’s Yojimbo, Busby Berkeley’s The Gang’s All Here, and Terrence Malick’s Days of Heaven. For more information, visit landmarktheatres.com.