Plan for a Grantville population boom 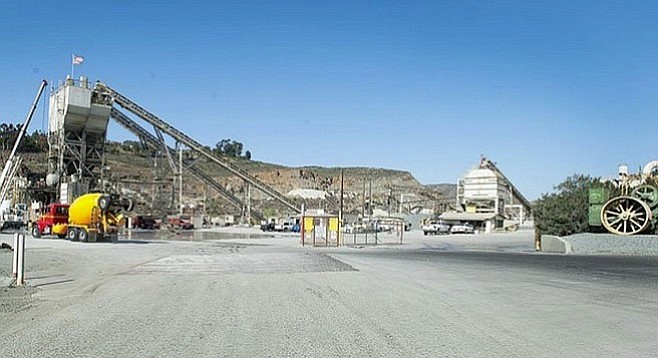 The City of San Diego has taken the first step in opening the population floodgates in Grantville: the community plan update calls for an increase of 8725 dwelling units in coming years.

However, before an update is ratified and before thousands of residents will move into the area just east of Mission Valley, the city was required to study the environmental impact resulting in the population rush. But increasing the number of dwelling units will bring more noise and traffic to the community as well as pose risks to the San Diego River and other biological resources, air and water quality, and greenhouse gas emissions.

According to city documents, residents have one more month, until February 2, to voice their concerns and comment on the environmental impacts that adding thousands of residents will create.

Updating the community plans throughout San Diego has been a long process, one needed in order to account for future population growth. In no other community, however, is there such a large projected increase than Grantville and Mission Valley.

For years, according to one planning document, city planners have considered the area a "prime for neighborhood revitalization with a more lively mix of employment, commercial, higher density residential, and civic uses. The area, say planners, is ripe for growth because of its proximity to transit, access to freeways, and, of course, underdeveloped land.

Now their hopes are coming to fruition. After dozens of scoping meetings with stakeholders, city planners have agreed to adopt a plan that includes several land-use zones, most of which are said to be pedestrian-friendly. The zones range from 44 dwelling units allowed per acre to 109 dwelling units.

According to a city document, the plan "will promote mixed-use, transit-oriented development with pedestrian and bicycle orientation, and allow for increased density in the area surrounding the Grantville Light Rail Trolley Station, up to 109 dwelling-units per acre, when certain criteria are met."

Considering the attack on any job that pays decent wages and benefits who is going to buy/rent all these new housing units?

Areas without VERY VOCAL residents will get HUGE DENSITY shoved upon them, while wealthier areas will get little to no DENSITY increases...

Behold the new ghetto's that are going be built, since builders, only care about profits and not quality of life issues for the future residents of San Diego.

What you say is true but remember that there are many financial incentives builders get to build high density housing as long as they set aside a percentage for low income residents. All kinds of financing gimmicks paid by the taxpayer.

SANDAG estimates San Diego needs 330,000 new housing units by 2050, much of it for people who already live with their parents here. As usual, the Reader and its commenters offer only complaints, and no solutions to our city's housing crisis.

Where would you build new housing instead? Their answer is "no new housing!", and young people will continue to leave San Diego due to un-affordability. The companies that need a skilled workforce will follow.

Yes, young people will not be able to find desired housing and they will leave. Assuming most of them are skilled some companies will relocate to tap into that skilled workforce. Although the inane taxation out of Sacramento will drive out companies far faster than a lack of skilled millennials. In either case the local economy will falter, vacancies will increase, housing will devalue and then the area will be ripe for a new influx of skilled workers and companies seeking locations with lower wage loads and financial/taxation incentives from local and state government.

The Gaia theory. Leave it alone and it will regulate itself on its own timetable. No need to constantly put body english on everything.