Upgraded sangria appeals to both the establishment and the moment. 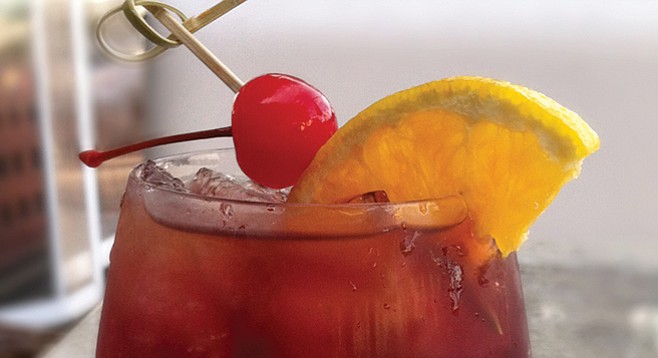 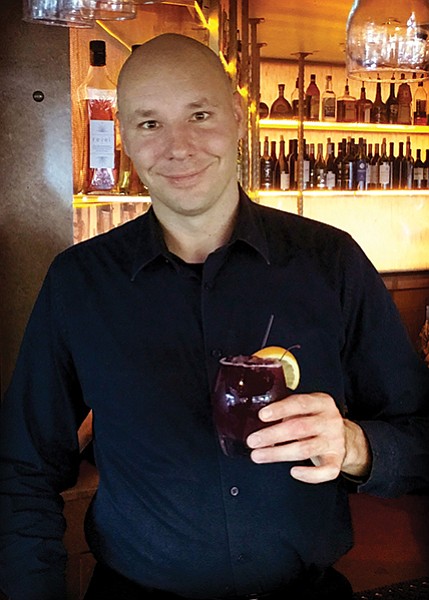 If there’s going to be a bar in town that serves a wine-and-whiskey cocktail — and make it work — why not Asian-fusion eatery Roppongi Restaurant and Sushi Bar? It makes sense, coming from the same place that offers a menu replete with juxtapositions (duck quesadillas and Asian guacamole, anyone?).

An upgraded version of the traditional sangria, the Wine Country Sour, says Roppongi bartender Donavon Miller, finds its inspiration in equal parts of opposites — in this case, Napa Valley and Bourbon County.

“It got developed because we have a pretty good mix of people here and a lot of them drink wine,” he says. “We’ll have younger people and locals who come in for happy hour. We sell a lot of wine, but we wanted to offer a starter cocktail so they could still have wine but try something unique that other restaurants weren’t doing in the area.”

The Wine Country Sour, Miller says, turned out to be what bartenders and bar patrons were looking for: a sangria with a whiskey base. The drink provides a more accessible entrée to the palate than the usual cognac-based sangria.

“You could give me Louis XIII cognac for $2200 and you could give me Hennessey VSOP for $60 and I would have a hard time telling the difference,” he says. “I’m not a cognac guy and most people aren’t; but whiskeys, ryes, and bourbons, in particular, are becoming popular.”

“It’s a little sweet and sour because you’re adding lemon juice and simple syrup,” he explains. “But the wine is going to unsweeten it a little, too. It’s a nice blend because you float the red wine. You’re not going to get the strong tartness of the drink once the wine is blended in.”

How to Make It