With the Euro's recent fall, here's one case for off-the-beaten-path travel. 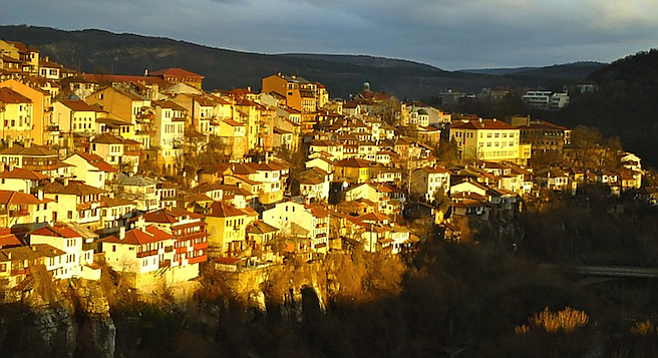 If you like your mayonnaise called aioli and your pastries gluten-free, then Bulgaria is probably not the place for you. If you prefer smoothly paved roads and lining up at world-famous museums, then Bulgaria is not for you either. But if you enjoy visiting places that don’t have a developed tourist industry, that challenge you to adapt and explore, that give you a foreign feeling like you’ve just stepped into a different world – one partially warped by the Cold War – then Bulgaria is probably the destination for you.

Europe, in general, might be the place to go in 2015 considering the recent rise of the dollar against the euro. But for many travelers, Western Europe may seem a well-worn, less adventurous path. Surely, the beauty of a well-preserved Belgian town or a Tuscan village is both alluring and selfie-friendly, but the price of admission is high and the scenery very predictable.

The road less traveled by – Eastern Europe – has more to offer the intrepid soul, and Bulgaria appears to be the least trodden in the region (along with a few other Balkan countries).

Ok, where in Bulgaria?

If you’re still reading this, then your attention span is greater than the majority of modern teenagers. Congratulations! And if you’re interested in Bulgaria because of nothing more than my loose allusions to a Robert Frost’s famous poem, that’s great too. But you probably need another solid reason to buy a thousand dollar ticket to an unrenowned land, so picture this:

After you’ve walked down Sofia's pedestrian-only Vitosha Boulevard, from the Communist-era NDK monolith to a medieval Orthodox church, past the recently unearthed Roman ruins of Serdika and a 16th-century Ottoman mosque, step into a bar. Order a draft beer and a plate of French fries with grated cheese on top. It should cost around two dollars – total.

Once you’ve embraced the perma-smile on your internal calculator, follow the yellow brick road toward the golden-domed Nevski Cathedral. Check into a comfortable hotel that’s less than 30 dollars a night and sleep well knowing that you’ve only touched the tip of the iceberg. If it’s ski season, drive into the picturesque Rhodope or Rila mountains. If it’s summer, head to the ancient coastal towns of Sozopol and Nessabur. And if you want to check out some unpolished, ancient capitols, hit Plovidiv and Veliko Tarnovo (top) on the way to or from the Black Sea.

I can’t really tell you any more, because that would be cheating and run counter to my philosophy. I believe that one of the best parts of traveling is to jump in without a detailed plan and figure it out as you go... and that has made all the difference.