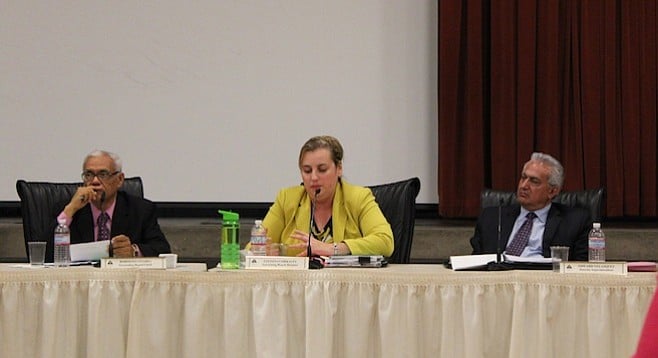 On February 12, the San Ysidro School District board announced a plan that could save property taxpayers $51 to $71 million over the next 35 years by refinancing the district’s Prop C bond. Trustees convened at Willow Elementary School with a new interim superintendent, Edward Velasquez, in attendance.

Velasquez, a retired educator, has been credited with getting the Lynwood School District in the Los Angeles area out of negative certification. He suggested a refinance to the Prop C bond as a way to address San Ysidro’s similar financial crisis.

Velasquez explained, “In a nutshell, we can get a better rate for the homeowners, the property owners, and that’s our intention. This has really nothing to do with the district in terms of helping our budget, our general fund budget, but I think we owe it to the homeowners, the property owners, a duty to make sure we get the best deal, so that they won’t have those higher taxes.”

In 1997, voters approved the largest bond ever issued in San Diego County history. Proposition C authorized $250 million for the San Ysidro School District and, among other projects, helped finance construction of the Ocean View Hills School that opened in 2006. The bond was issued at an interest rate of 7.2 percent. 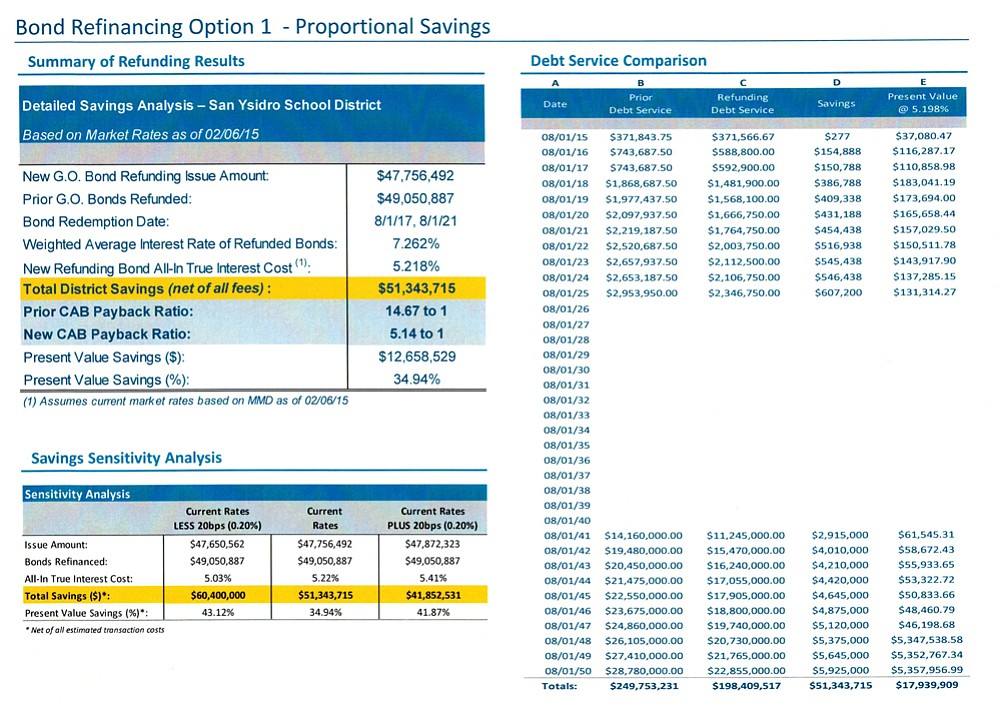 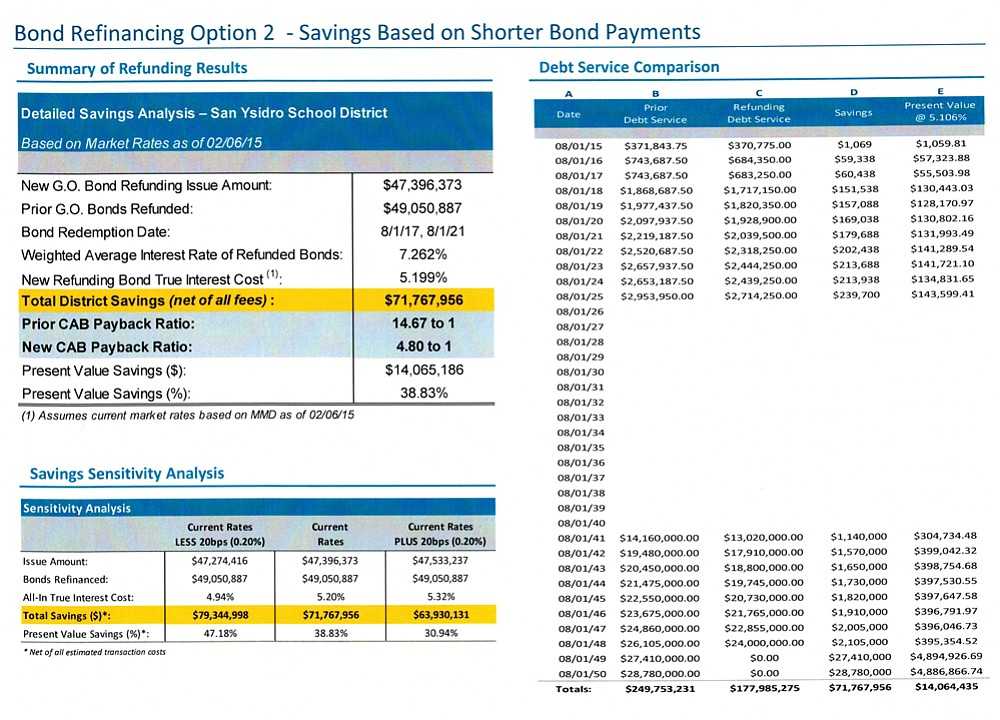 Since then, rates have fallen to their lowest levels since 1961. If the trustees agree to refinance the bond — and the San Diego County Office of Education approves — they will receive a new interest rate of 5.2 percent.

San Ysidro’s current bond rating of BBB- hinders the district from refinancing at a lower rate than that. However, the 5.2 percent rate would still translate into either a $51 million savings in one scenario or a $71.7 million savings in another.

“Every dollar of savings goes to the community,” Frank Vega of RBC Capital Markets said. He gave a presentation explaining that when a district has a negative rating, they often must stop construction projects. That would be a particular blow to San Ysidro, which is currently reconstructing Beyer Elementary School. The refinance, on the other hand, could additionally help increase San Ysidro’s credit rating.

Vega said, “If you execute a bond refinance, then the payments will go down, ideally the tax rate goes down with it, and then that might allow you to sell bonds at some point in the future.” 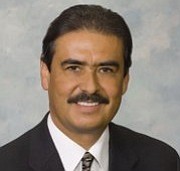 The district has moved swiftly since Velasquez took office on February 2. The next day, the district filed a lawsuit against Manuel Paul, asking the former superintendent — currently serving a two-month sentence in jail — to return his severance pay. Then, on February 7, the district brought in a new attorney, William J. Trejo of Leal & Trejo, to deal with the $12 million owed to solar company EcoBusiness Alliance due to a breach-of-contract lawsuit.

Refreshingly intelligent and open. Good ideas. Just what San Ysidro needs--and all the school districts, for that matter.

Keep going, things will get better!

Yes, this is an excellent idea, IF it doesn't involve some financial chicanery that blows up in a few years, and doesn't detract from running the schools. That district has its plate very full with running schools effectively.

As to the amount of that bond issue, I distinctly remember it being reported as $500 million, far beyond any need, and far beyond anything that was planned to be spent at the time. The borrowing authority was kept open for many years, just in case more was needed, or so the story went. Why did the voters approve a huge and open-ended measure? I can only think that many or most didn't understand it, and that in any case, the voters thought they would not have to pay for it. "The Man" (landlords) would have to pay the extra tax.

I contrast that with the fact that in Vista, the school district was unable to pass any bond issues in the 80's and 90's. One was for a piddling $30 million, scarcely enough to pay for a single elementary or middle school then. Yet, at that time, development was racing along, the schools were overwhelmed with students, and the district was struggling to cope. What a difference!

It's nice to know that Manny "Ricardo Montalban" Paul is being sued. I'd not refer to the suit as "asking". "Demanding" is a better way to describe a lawsuit. Let's see if the district prevails.